by peteblack4ua@gmail.com | May 13, 2019 | Chasing Your Dream, Limitless Possibilities | 1 comment 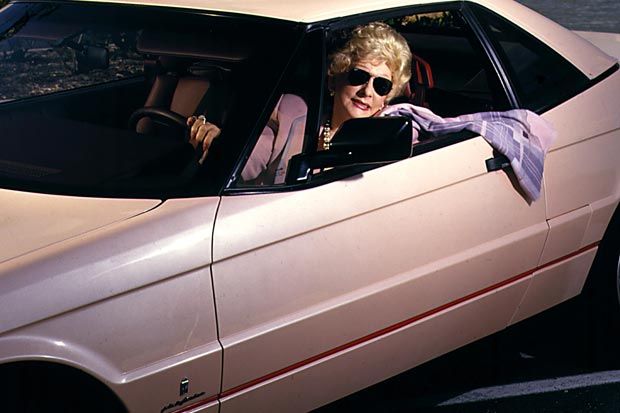 August 1963 – Dallas, Texas: What would she do now? At age 45, she had just quit her executive position with the World Gift Company. She was tired of bumping her head against the glass ceiling in a male-dominated corporate world. She had long dreamed of having her own company.

She poured herself another cup of coffee and sat at the kitchen table. On a yellow legal pad, she made two lists. One list included the good things she had seen in the corporate world, the other a list of needed improvements. She realized she had the business plan for her own company. She would create a company based on the Golden Rule, a company that praised people to success, and one where women could be successful.

Born in 1918 in Hot Wells, Texas, Mary Kay Wagner cooked, cleaned house and took care of her invalid father while her mother worked 14 hour days in a restaurant to support the family. Her mother often encouraged her, “You can do it, Mary Kay, you can do it,” and Mary Kay had plenty of opportunities to put her mother’s encouragement to the test.

She married at age 17, had three children and then divorced. At age 25, Mary Kay went to work for Stanley Home Products in direct sales to support her children. Her energy, enthusiasm and people skills made her a natural at selling.  Mary Kay progressed through the sales ranks at Stanley where she recruited 150 women to work for her. Bothered by her success, Stanley moved her to Dallas and took away her sales commissions. Mary Kay quit the company when a man she had trained was promoted to be her boss at twice her salary.

In 1952, Mary Kay joined the World Gifts Company in Dallas. Once again she progressed through the sales ranks and recruited women into key sales positions. A decade after Mary Kay joined the company she was National Sales Director and a corporate board member. But in 1963, she resigned in frustration following the second time in her career that man she trained was promoted over her at a higher salary.

Mary Kay took her yellow legal pad lists and turned the dream into a business plan. She designed her own cosmetic products, wrote sales and marketing plans, then hired and trained nine women in her initial sales force. On Friday, September 13, 1963, ignoring the advice from her attorney and accountant, and with a loan of $5,000 from her oldest son, Mary Kay started Mary Kay Cosmetics in a small 500 square foot storefront in Dallas.

The company had sales of $200,000 in the first year with sales quadrupling in year two. In 1968, with annual sales at $10 million Mary Kay took the company public. A year later, she introduced her signature Pink Cadillac program awarding cars to the top sales consultants.

Mary Kay Ash – she married Melvin Ash in 1966 – remained active in Mary Kay Cosmetics until suffering a stroke in 1996 at age 78. At the time of her death in 2001, the company had over 800,000 representatives in 37 countries, with total annual sales of more than two billion dollars.

The company model that began on a legal pad in Mary Kay’s kitchen in 1963 is still taught in the Harvard University business school. In 2018, Mary Kay Cosmetics had almost 3.5 million consultants worldwide with annual sales of $3.25 billion.

“Within you lies everything you ever dreamed of being. Become everything that God wants you to be. It is within your reach. Dare to grow into your dreams.”            Mary Kay Ash