The Lady Behind the Bridge – Monroe Journal, February 18,2016

by peteblack4ua@gmail.com | Aug 6, 2018 | Adversity, Against the Odds, Chasing Your Dream, Refusing to Quit | 2 comments 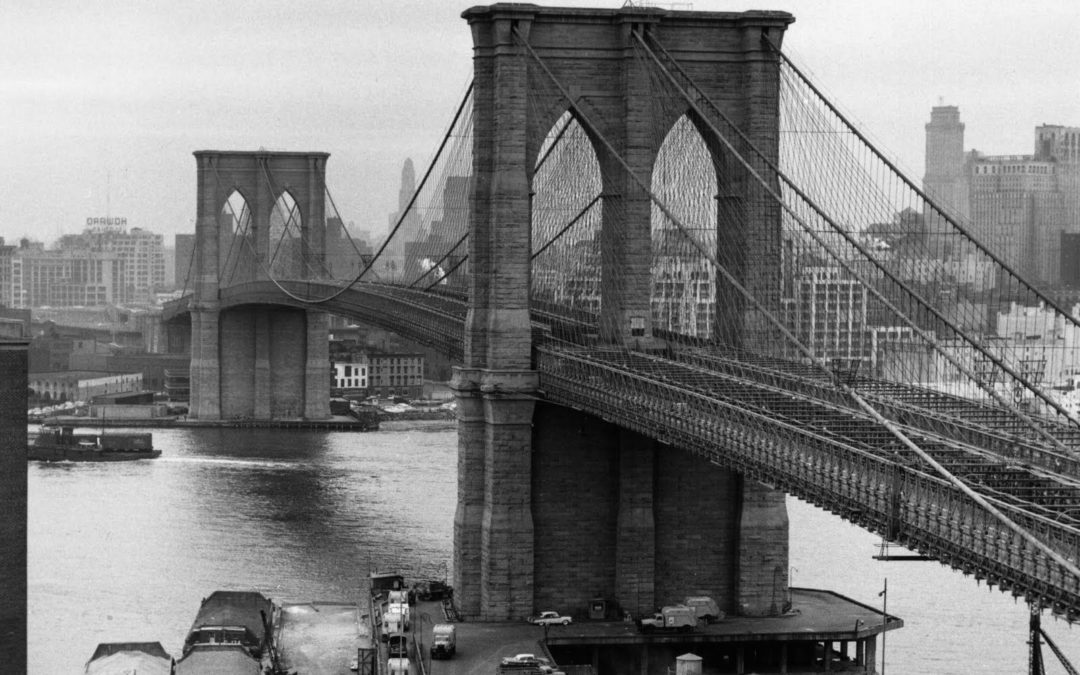 May 24, 1883 – Brooklyn Bridge, New York City: With tears in his eyes, Washington Roebling watched through his telescope from his house as his wife Emily rode in a carriage across the newly completed Brooklyn Bridge.In her lap was a rooster, a symbol of victory.

In recognition of her accomplishments on the bridge project, New York City honored Emily by allowing her to be the first person to cross the bridge. At nearly 1,600 feet long, it was the world’s longest suspension bridge. Its twin towers were taller than any building in the world and connected Brooklyn to Manhattan.

Emily Warren was born in Cold Springs, New York, in September 1843. She was educated at the Georgetown Visitation Convent in Washington, D.C., the nation’s second oldest girl’s school. In January 1865, she married Washington Roebling, a civil engineer and bridge builder. Washington’s father, John Roebling, was the most famous bridge builder in the country, having built suspension bridges in Pittsburgh, Cincinnati, and Niagara Falls.

In 1869, New York City officials approved John Roebling’s long-time dream of building a suspension bridge across the East River. However, two weeks later John died of tetanus leaving thirty-two-year old Washington to replace his father as Chief Engineer on one of the most significant civil engineering projects of the century.

Washington’s first challenge was to construct two massive towers, one on each side of the river, to string the hundreds of steel cables that would support the bridge. He built pneumatic caissons – large, air-locked, wooden chambers that allowed men to work underwater – to pour the tower foundations on the river bottom. Washington spent so much time down in the caissons that he developed compression sickness and by 1872, he was partially paralyzed and entirely bed-ridden for the rest of his life.

In order for Washington to continue his role as Chief Engineer, the Roeblings bought a house in Brooklyn Heights within walking distance of the bridge. With the aid of a telescope, Washington could watch bridge construction from his bedroom window.

With Washington confined to the house, each night he wrote the next day’s construction plan, and each morning, and often several times a day, Emily walked to the bridge to cover the instructions with the crews. Washington began to tutor Emily in the fundamentals of suspension bridge engineering and construction. He taught her calculus, strength of materials, stress analysis, steel cable construction, and all facets of project management.

Emily assumed most of Washington’s Chief Engineering duties. She kept detailed records and handled everything from the daily supervision of bridge activities to project management. In an era when many considered a woman’s brain incapable of understanding complex engineering principals, the thought of a woman being responsible for building the biggest bridge in the world was too ridiculous for some New Yorkers to contemplate. Newspapers frequently questioned Emily’s ability to manage such a massive undertaking.

Late in the project when bridge construction faced delays and cost overruns, there was a growing sentiment among New York public officials and city engineers to replace Washington Roebling as the Chief Engineer. Emily met with elected officials, passionately presented Washington’s case, and convinced them to allow him to finish the job.

The Brooklyn Bridge was finally completed in May 1883, ten years after its projected completion date and fourteen years after the project started. U.S. President Chester A. Arthur and an estimated 50,000 people attended the bridge dedication. Later that day, President Arthur attended a reception at the Roebling home to thank them for their tenacity and teamwork in completing John Roebling’s dream.