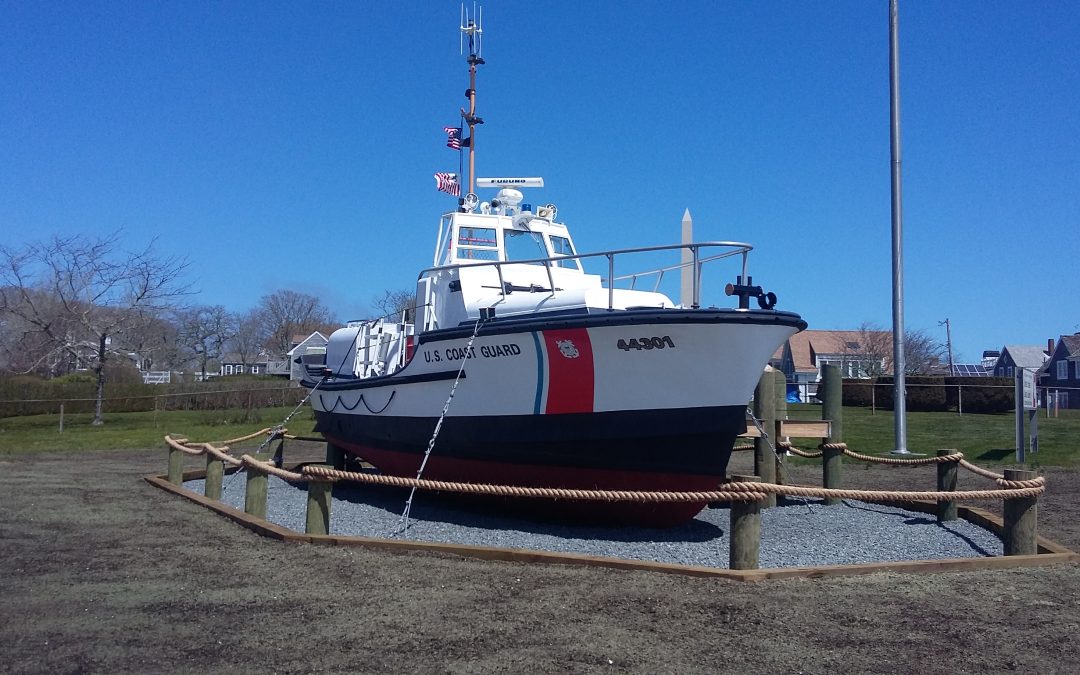 “Providence would seem to sleep unless faith and prayer awaken it. The disciples had but little faith in their master’s accounts, yet that little faith awakened him in a storm, and he rescued them.”                  Stephen Charnock

February 18, 1952 – Coast Guard Station – Chatham, Massachusetts: The old timers around Cape Cod had never seen a winter storm like this nor’easter. Hurricane force winds whipped up 50-foot seas just off the coast. Late that afternoon, the distress call came into the Coast Guard station: The tanker, Pendleton, a 500 foot long, World War II-era tanker loaded with 120,000 barrels of kerosene, had broken in half a mile offshore.

Earlier that day, 20 miles away another tanker, Ft. Mercer, had been torn in half by the monster waves. The experienced Coast Guard station members had been dispatched to the rescue, leaving an inexperienced crew of four at the station, led by the oldest member, 24-year-old Bernier Webber, the son of a minister. At 5:35 pm, Webber’s crew was dispatched aboard a 36-foot wooden lifeboat to search for the Pendleton.

Even in the best weather, the shoreline off Chatham and Cape Cod is a challenge to navigate with 34 small islands and numerous rocks and sandbars. In a storm, it’s nearly impossible, particularly the sandbar that protects Chatham Harbor. Several seasoned fishermen who were gathered in a local bar heard the emergency dispatch over the Coast Guard radio. One shook his head and commented, “In that boat, in this weather, it’s a suicide mission.”

As the crew headed for Chatham Bar, they heard the crashing waves long before they saw them. The first 50-foot wave flipped the tiny boat 5 feet in the air, shattering the windshield, knocking out the compass, and drowning the engine. But Webber quickly re-started the engine and powered the boat over the next monster before being swamped. Webber prayed for a miracle. He got it. They cleared the bar. Now to find the tanker.

Aboard the Pendleton, as the halves drifted apart and slowly sunk, 40 men were trapped, eight in the bow and 32 in the stern. The crew in the stern section hot all their flares and as their last flare faded they gave up all hope of being found in the storm.

The Coast Guard crew miraculously found the stern grounded on a sandbar. Spotting the searchlight, men began appearing at the tanker’s railing 30’ above the lifeboat. The Coast Guardsmen had not risked their lives in vain. But now they faced a new problem – there were too many men aboard the Pendleton to fit on the lifeboat. Webber shouted over the wind to his crew, “Boys, we’re all gonna live tonight or we’re all gonna die, but we’re not going home without all these men.”

After getting the 32 men on a boat designed for 12, Webber slowly maneuvered the boat towards shore all the while worrying about how to get back across the bar without sinking. But first he had to find the bar in the blinding storm, and he had to do it without a compass.

Providence was with them. A crewman spotted the red blinking light of a buoy at Chatham Bar. Then the crew discovered the waves had diminished enough for them to have a chance. Slowly, carefully Webber maneuvered the boat over the bar.

The storm had knocked out power in Chatham, making the harbor town invisible from the sea. But the people of Chatham were following the harrowing rescue on their Coast Guard radios. More than 100 braved the storm and parked dockside with their lights pointing seaward. After clearing the bar, Webber and his crew saw the car lights in the distance and limped to the station. It was the final miracle that Bernie Webber would need on this night.

On May 14, 1952, the Coast Guard awarded Bernie Webber and his crew the Golden Lifesaving Medal, its highest honor. The rescue of the 32 men on the Pendleton remains the largest small boat rescue in Coast Guard history. The CS36500 lifeboat was restored in 1981 and is a museum today in Chatham Harbor – a testimony to duty, courage, and prayer.