by peteblack4ua@gmail.com | Aug 6, 2021 | Courage Under Fire, Determination Despite the Odds, Finding Hope | 1 comment 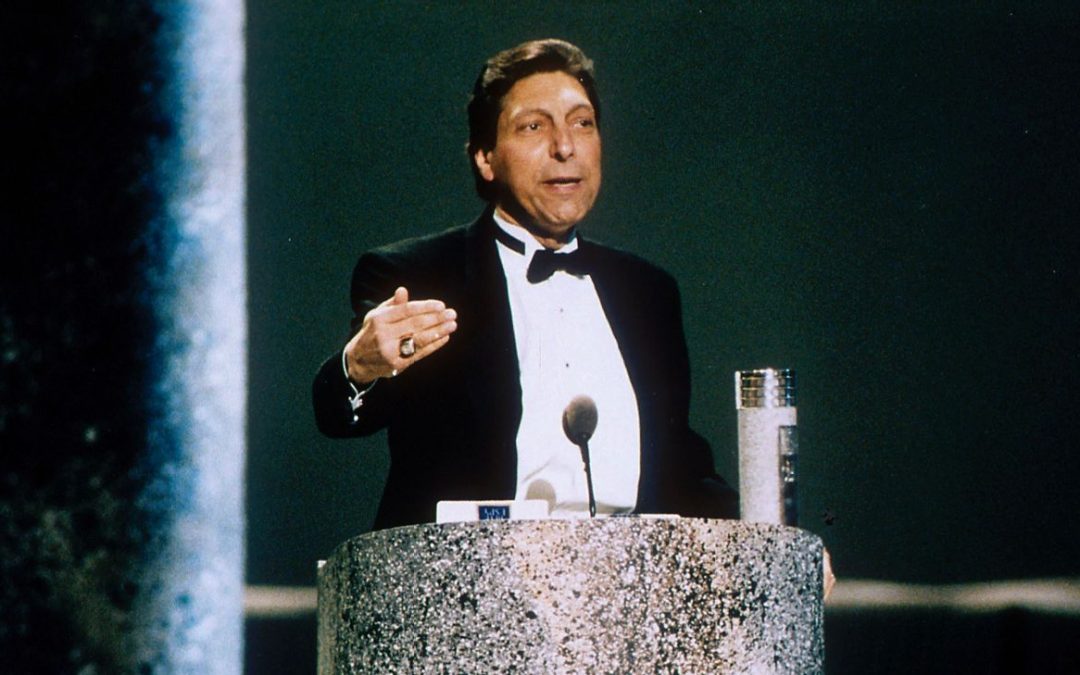 “First of all, I’ll never forget this night,” Valvano told those gathered. “I am honored to be mentioned in the same breath as Arthur Ashe. As you know, I am fighting cancer, and I don’t know how long I have left. Time is very precious to me, so I’m going to speak longer than the other award recipients. I have some things I would like to say.”

Jimmy Valvano grew up in a large Italian family in Queens, New York. An outstanding basketball player in high school, he played point guard at Rutgers University. As a senior, he led them to a third-place finish in the National Invitation Tournament. After graduation, Valvano began his coaching career as an assistant at Rutgers.

In 1990, after his hall of fame coaching career, Valvano retired and joined ESPN as a broadcaster. Two years later he was playing golf in Spain when he noticed a pain in his groin. He assumed it was related to his golf game. However, two months later Valvano was diagnosed with metastatic adrenal adenocarcinoma. What Valvano had initially attributed to back pain turned out to be an advanced and aggressive form of cancer. With chemo, doctors gave him a year to live, at best.

Sixteen months later, during Valvano’s acceptance speech at the ESPY’s, he continued, “I urge all of you to enjoy your life…the precious moments that you have. Every minute that I have left, I will thank God. And in the days that I have left, I will work as hard as I can for research to defeat this dreaded disease. It may not save my life, but it may save the lives of my three little daughters.”

Valvano concluded, “One in four will have cancer in their lifetime. And yet, we take cancer for granted. We need more money for cancer research. I am excited to announce tonight that with the support of ESPN, we will be starting the Jimmy V Foundation for Cancer Research. Our motto is ‘Don’t give up…don’t ever give up.’

Jim Valvano died just 60 days later, on April 29 at age 47. His legacy is not the 1983 national championship, or being selected to the basketball hall of fame or winning the Arthur Ashe Courage Award – although those are important achievements. Valvano’s legacy, the Jimmy V foundation, continues to be at the forefront of the war on cancer more than a quarter century later.

For the past 28 years, the foundation has funded cancer research programs whose scientists focus on innovative cures for cancer. So far, more than $260 million has been raised and the V Foundation is saving lives every day.

Valvano never gave in to his cancer. He refused to take narcotics for the pain; 24 Advil tablets were usually enough to get him through the day at ESPN. Invariably when he left chemo, sick and bent from the pain, fans asked how he was doing. “Hanging in there…hanging in there,” he would smile while signing autographs. Cancer took away Valvano’s physical abilities, but it couldn’t rob him of his heart and soul.

Duke University Head Basketball Coach Mike Krzyzewski was a close friend of Valvano and was with him during his last days. Krzyzewski will never forget Valvano’s words to him during this time, “I know I’m going die. I won’t beat cancer, but I’m going to win. I’ll be there in the end when we finally beat cancer.”