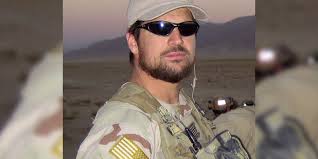 April 1999 – Navy SEAL Training Program – Coronado, California: Some join the military out of love for their country; others join because the military allows for a job or a college education. Adam Brown joined the Navy at age 24 to save his life. Becoming a Navy seal wasn’t a dream for him – it was his last hope.

Adam was born in 1974, in Hot Springs, Arkansas. His parents realized he had a unique toughness from birth – when the doctor had to dislocate his shoulder due to a breach birth, he barely cried. Adam’s mother was horrified to see her two-year son jump off the back porch railing twelve feet to the ground. After making sure he was ok, she spanked him. Two days later, he jumped again.

Adam Brown was absolutely fearless. In high school, as an undersized linebacker, Adam helped lead his football team to the state championship game. After high school graduation, he jumped from a moving vehicle off the Interstate 70 Bridge into Lake Hamilton 50 feet below.

After high school, Adam’s mother talked him out of joining the Navy. He tried college for a semester. Then he tried marijuana and crystal meth before becoming addicted to crack cocaine and heroin. Adam drifted between jobs, stole from his family to buy drugs, and was bailed out of jail numerous times by his parents. In 1996 they had him arrested and sent to a drug rehab program for a year.

In 1997, Adam met Kelly Tippy. They were married a year later even though Adam’s parents warned her not to marry him. Kelly supported Adam’s decision to enlist in the Navy. Because of his past, the Navy took Adam under one condition – if he failed one drug test, he would be sent to a military prison. Adam reported for basic training a month after getting married and graduated near the top of his class. In April 1999, Adam was chosen for the Navy’s elite SEAL training program in Coronado, California.

It took two attempts for him to graduate, but in February 2000, Adam graduated in SEAL Team Class 227 and was assigned to SEAL Team 4 in Virginia Beach, Virginia. Adam had successfully transitioned from a drug addict to membership in the most elite fighting force in the world.

Adam earned a reputation as one the toughest guys to ever become a SEAL. His success led to an opportunity to enroll in the elite SEAL Team Six training program – a level that only one percent of SEALS achieve. But in 2004 Adam was forced to cancel his application when he lost his dominant right eye in a training accident.

In 2005 to make a difficult situation even more of a challenge, Adam severed the four fingers on his right hand in a Humvee accident in Afghanistan. After the fingers were surgically reattached, Adam devoted a year to retraining himself to shoot left-handed, using his good eye and hand.

In early 2006, Adam reapplied to the SEAL Team Six training program. The Navy turned down his application – there would never be a one-eyed SEAL Six Team member. They obviously did not know the determination of Adam Brown. It took some finagling with the Navy’s top brass for Adam to get accepted to the program, but in November 2006 he completed the program.

During the next three years, Adam’s file would be stamped ‘Classified, Top Secret.’ He deployed on ten missions in Iraq and Afghanistan. On March 17, 2010, Adam and his team were assigned to take out a top Taliban operative in the Pech River Valley of Afghanistan. The mission went badly and the unit was trapped in enemy crossfire. Adam volunteered to take the point to protect his buddies. As he maneuvered along a wall to throw a grenade, Adam was killed in action.

Four months after the funeral, two busloads of SEALS who missed the funeral due to being deployed arrived at Adam’s grave in Hot Springs. Before they left town, 10 of Adam’s teammates jumped off the Interstate 70 Bridge to honor a buddy who would rather die than give up. In this life we all hope to be found courageous – for Adam Brown there was never any doubt.