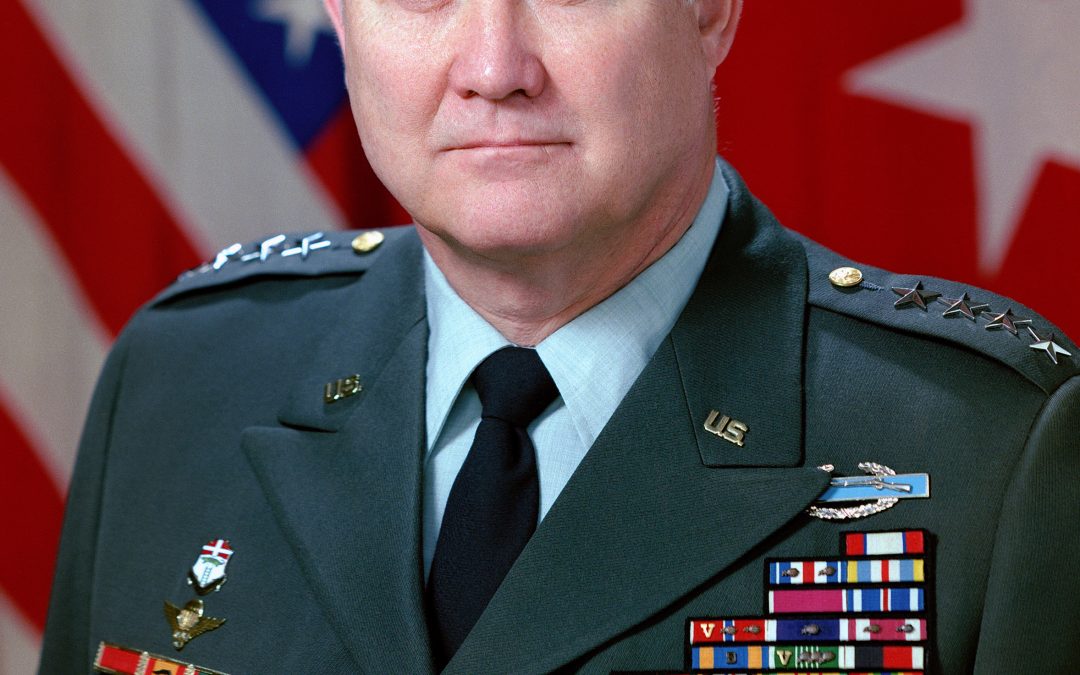 April 1993 – Gulfport, Mississippi: Bob Stewart, a jewelry repairman in this coastal Mississippi town, had always wondered what happened to the big soldier who saved his life in Vietnam in 1970. It wasn’t until he was interviewed by a CBS reporter for an upcoming documentary about Vietnam that he knew. “When I looked at the pictures taken that day, I realized that former General Norman Schwarzkopf was the one,” recalled Stewart.

If ever a man was destined to be a soldier, it was Norman Schwarzkopf Jr. His father had graduated from West Point and fought in World War I. Like his father, young Norman graduated from West Point with a mechanical engineering degree and was commissioned as a second lieutenant in 1956. Later he earned a master’s in mechanical engineering with a specialty in guided missile engineering from the University of Southern California.

In 1965, Schwarzkopf left his position as an engineering professor at West Point for a two-year tour of duty to train South Vietnamese soldiers during the Vietnam War. Four years later, 35-year-old Lieutenant Colonel Schwarzkopf returned to Vietnam as a battalion commander.

On May 28, 1970, Bob Stewart’s platoon was bringing medical supplies to a mortar unit that had wandered into a minefield on the Batangan Peninsula. When the call came into battalion headquarters about the situation, as was his custom, Schwarzkopf rushed to the location in his helicopter to help his men. It was a horror scene. Several soldiers were injured or dead, while several others stood frozen, afraid to move.

Soldiers stared in disbelief when their commanding officer slowly walked into the minefield. He ordered the soldiers to turn around and go back the way they went in. Stewart took a couple of steps and stepped on a booby trap. His leg was badly mangled, and he lay flailing on the ground, hollering for help. Although Schwarzkopf took shrapnel in the face and chest, he crawled to Stewart.

Concerned Stewart might set off another mine, the six-foot, three-inch, 240-pound lieutenant colonel lay on top of Stewart to calm him down. He assured the young soldier, “I’m going to get you out of here. You’re going to be OK.”

Schwarzkopf ordered a medic to give Stewart morphine. Then he ordered his liaison officer, Tom Bratton, to break a limb from a nearby tree to make a split. Bratton took a couple steps and set off another mine, blowing off his right leg and killing two soldiers standing close by. At that point, Schwarzkopf ordered the platoon to stay where they were. He called for metal detectors and shaving cream to mark the mines before loading Stewart and several other wounded on the helicopter.

The incident cemented Norman Schwarzkopf’s’ reputation as an officer who would risk his life for the soldiers under his command. He received the Silver Star and Purple Heart for his bravery. Before his tour was over, Schwarzkopf earned three Silver Stars and was wounded again.

During the next two decades, Schwarzkopf climbed the military ladder, managing infantry divisions in the U.S. and Germany. In 1978, he attained the rank of brigadier general. A decade later, he reached the rank of four-star general and was appointed Commander-in-Chief of the U.S. Army Central Command, responsible for all operations in the Middle East.

In August 1990, Iraq invaded Kuwait to take over its oil reserves. General Schwarzkopf was tasked with leading Operation Desert Storm. In February 1991, after allied forces carried out a six-week-long air bombardment, Schwarzkopf led 750,000 troops into Iraq, defeating enemy forces in a ground offensive that only lasted 100 hours. The general returned home a national hero.

In Bob Stewart’s house in Gulfport is a copy of It Doesn’t Take a Hero: The Autobiography of General Norman Schwarzkopf, in which the retired general wrote, “To Bob Stewart. Thanks for serving our country with me in Vietnam. I’ll never forget you.” Bob Stewart will never forget the big soldier either.