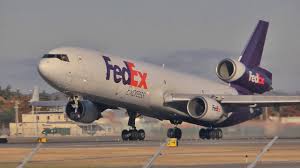 1965 – Yale University: He submitted his term paper in his economics class on what he thought was a brilliant idea. In the paper, he outlined an idea for a company that would guarantee overnight delivery of packages to major U.S. cities. The company would function like a spoke and hub, utilizing both airplanes and trucks to deliver packages efficiently. He figured that as U.S. companies automated, especially computer companies, there would be an increasing need to improve delivery and logistic systems.

Fred Smith’s idea – a fleet of planes that would deliver time-sensitive packages through a central hub in Memphis, Tennessee, and guarantee twenty-four-hour delivery – sounded like a crazy idea. His professor was not impressed. He gave Smith a ‘C’ grade and wrote on the paper, “The concept is interesting and well-formed, but to earn better than a ‘C’ the idea must be feasible.”

Fred Smith’s story is not a rags to riches story. He was born into a well-to-do family in 1944 in Marks, Mississippi, just across the state line from Memphis, Tennessee. His father owned a chain of Toddle House Restaurants and a bus line that he later sold to the Greyhound Bus Corporation.

Smith fell in love with flying and got his pilot’s license while in high school. After graduating from high school at Memphis University School, he was accepted to Yale University. While at Yale, former U.S. President George W. Bush was a fraternity brother and current U.S. Secretary of State John Kerry was a fellow pilot.

Fred Smith graduated from Yale in 1966 with a B.S. Degree in Economics and joined the U.S. Marine Corps as a second lieutenant. He served two tours of duty in Vietnam, flying more than 200 combat missions. He received the Silver Star, the Bronze Star, and two Purple Hearts during his tours.

While in the Marines, Smith continued to think about his idea for a logistics company. He had the opportunity to carefully observe the military procurement and logistics delivery systems, all the while fine-tuning his dream for an overnight delivery service.

Smith left the Marine Corps in 1969 and came home to Memphis determined to make his crazy idea a reality. In 1970, he started a fledgling company to buy and sell airplanes and began to work on developing his business plan. “People thought I was bananas,” Smith recalls. Traditional banks were intrigued by the idea, but they were skeptical about loaning Smith the start-up money. He used his $4 million inheritance and was eventually able to persuade several venture capital companies to lend him $90 million.

On June 18, 1973, 29-year-old Fred Smith, using his college term paper as the blueprint, created the Federal Express Corporation. He began with 14 airplanes delivering packages to 25 cities. His focus was on creating an integrated air-ground delivery system that had never been done before. It would be three long, difficult years before the company showed a profit. Smith hung in there and eventually created a company that could “absolutely, positively” deliver the packages on time.

Today, FedEx delivers 3.4 million packages each day. Each night, the FedEx fleet of purple and orange planes, the largest in the world, flies through Memphis to unload and reload packages headed to 365 airports in 210 countries around the world. FedEx had $65 billion in sales in 2018 and 425,000 employees. Fred Smith, age 74, continues as Chairman and CEO of the company. In January 2020, FedEx plans to begin delivering packages seven days a week to keep up with the continuing increase in online shopping volume.

For years, the sample package displayed in FedEx advertisements featured a return address at Yale University – a subtle reminder to believe in your crazy ideas.

“Nothing reduces the odds against you like ignoring them.”   Robert Brault