by peteblack4ua@gmail.com | Apr 20, 2020 | Determination Despite the Odds, Limitless Possibilities, Perserverance 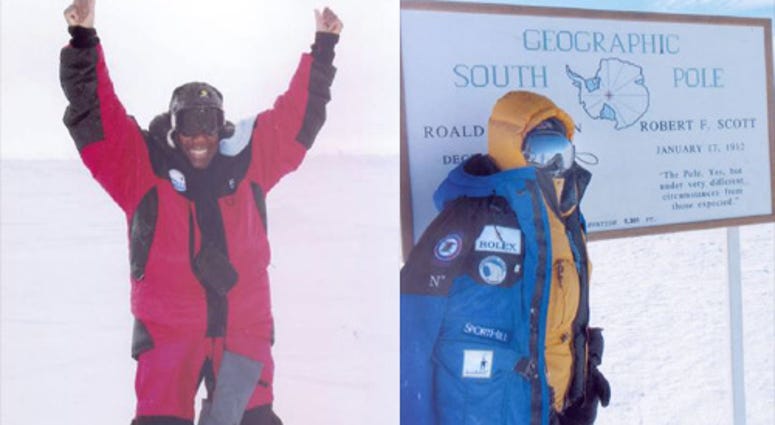 May 16, 2017 – New School University, New York City: Barbara Hillary was honored that New School University asked her to give the address at their 81st commencement exercise. The 86-year-old had earned her bachelor’s and master’s degrees there. At this graduation, she received an honorary doctorate degree.

Raised by a single mother, Hillary encouraged graduates to follow a path of perseverance and determination to reach their goals. She told the audience, “We were poor, but there was no ‘woe is me’ in our house. My mother always told us, ‘If you want something in the world, get off your butt and work for it.”

Barbara Hillary was born in 1931 and raised in Harlem. Her father died when she was a year old and her mother supported Hilary and an older sister by cleaning houses. While her mother cleaned, Hillary devoured books. Her favorites were about adventure, especially Robinson Crusoe.

After graduating from New School University with degrees in gerontology, Hillary worked as a nurse, specializing in geriatrics and training nursing home employees. Married to her career, she never had time for a husband.

In her late 20’s Hillary won a battle with breast cancer. Four decades later, at age 67, she was diagnosed with advanced lung cancer. Doctors removed half of one of her lungs and put her through a chemotherapy regimen. After recovery, Hillary retired from her 45-year career.

Hillary had always dreamed of adventure. At age 72, while photographing polar bears on a dogsledding expedition in northern Canada, she discovered that no African American woman had ever been to the North Pole. She was hooked on a new adventure.

Hillary contacted Eagles Cry Adventures, a North Pole expedition company in Atlanta, Georgia. They were dubious about taking a woman in her 70’s with a 25% reduction in her lung capacity, who had never been on skis, to the North Pole. Anticipating a risky expedition, they turned her down.

On a second phone call from Hillary, Eagles Cry suggested that they fly her directly to the North Pole so she could take pictures. She balked at that option. It took several conversations, but this woman who rarely took “no” for an answer convinced the company that she was worthy of the mission.

Hillary learned to cross country ski in Harlem, which was no small feat. The cost of the trip was $25,000 – money she didn’t have. With the help of GoFundMe, generous friends, and a lot of patience, Hillary eventually raised the funds. Then she spent weeks at a local fitness center getting in shape on a treadmill.

On April 16, 2007, Hillary and two guides boarded a helicopter in Longyearbyen, Norway, that flew them to an ice station 60 miles from the North Pole. It was 40 below. A week later, on April 23, after five straight 10-hour days of skiing, while pulling a 50-pound sled, 75-year-old Barbara Hillary stood on top of the world – no worse for the wear except for frostbite on her fingers.

Four years later, on January 6, 2011, Hillary, age 79, landed in Antarctica and journeyed to the South Pole, becoming the first African American woman to reach both poles. After returning to New York, she found a new career as a climate change activist and inspirational speaker.

Barbara Hillary never let age or poor health stop her. In 2019, despite failing health, the 88-year-old traveled to Outer Mongolia in northern China where she met with a nomadic tribe whose environment was threatened by climate change. When Hillary died in Harlem a few months later, she was planning her next adventure.