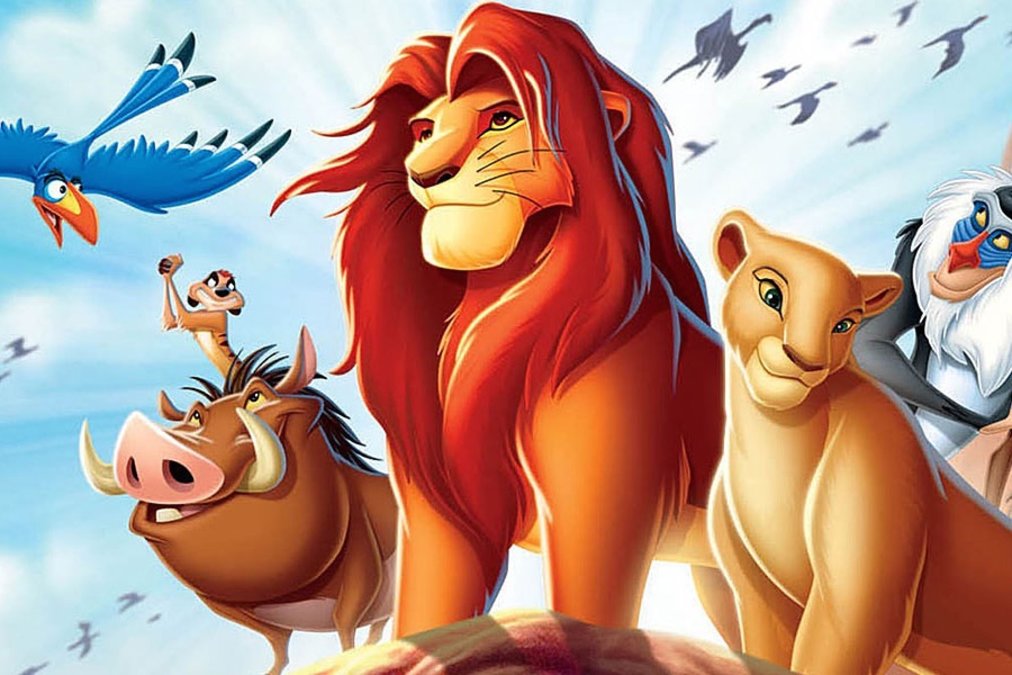 In October 1988, science fiction writer Thomas Disch was working as a contractor for Walt Disney Studios. While eating lunch one day, he envisioned the original idea for the movie The Lion King. He began writing the script, which he titled King of the Kalahari, and a month later presented it to his boss. His unusual idea to adapt Shakespeare’s play Hamlet to lions in Africa got a cold reception. Disch was paid $5,000 for his work and dismissed.

In early 1990 a group of five screenwriters broached the idea of an animated children’s movie to Disney Chairman Jeffrey Katzenberg. The idea was a radical departure for Disney, whose success for 50 years had been in turning well-known children’s stories like Snow White and Cinderella into children’s movies. Katzenberg was skeptical of the idea and referred to it as a “B” movie. Disney prided itself in not producing “B” quality movies. Eventually the group convinced Katzenberg to at least let them try to come up with a script.

The first script, the story of Bambi, only done in Africa with lions rather than deer, was rejected. After two days of brainstorming ideas for a movie, the screenwriters came up with an epic tale about a succession of kings also done with lions in Africa. This time they presented their idea to Katzenberg and Disney CEO Michael Eisner, who was even more skeptical than Katzenberg. Trying to be helpful, Eisner asked them if they had considered adapting Shakespeare’s play, King Lear, to lions.

After a short discussion, the team agreed that the King Lear idea would not work and one screenwriter suggested maybe Shakespeare’s play Hamlet – the uncle kills the father, and the son has to avenge his father’s death – was a better idea. Someone remembered Disch’s old script and they found it in the file. Shaking his head, still not convinced that a movie adapted from Hamlet with lions would sell, Katzenberg told the group, “I will get down on my knees and thank you if the movie grosses $50 million.” However, they were given the green light.

The first-of-its-kind project was difficult and progressed slowly. Initially the movie was going to be done like a National Geographic special, but that was thought to be too boring for children, so a musical format was chosen. This idea was so controversial that one of the screenwriters quit. Nonetheless the project progressed and British rock legend Elton John was hired to compose all the music. Computers, although still in their infancy, were used to assist with some of the animation. The two-minute wildebeest stampede scene, after many trials and errors, ended up taking three years to animate.

The proposed title had been The King of the Jungle until some of the team traveled to Kenya to watch lions and realized that lions live on the savanna not in the jungle. The title was then appropriately changed to The Lion King. While in Kenya, the team ran across a phrase, “Hakuna Matata”, which means “no worries,” and it became a comical centerpiece song in the movie, a bit of tongue-in-cheek from the screenwriters who were hopeful their whacky movie would succeed. Later real lions were brought into the studio so artists could observe them while they hand-sketched the characters.

On January 17, 1994, with the movie scheduled for preview in six months, a 6.7 magnitude earthquake struck Los Angeles, killing 54 people and causing nearly $30 billion in damage. Due to the damage, the studio had to be shut down for several months, but animators continued their work in their home garages and on kitchen tables.

Six years after Thomas Disch’s original film idea, and despite the earthquake, on June 15, 1994, The Lion King debuted on schedule, to enthusiastic reviews. With a budget of $45 million, it became the highest grossing movie of the year at $773 million and second highest grossing movie ever at the time. The movie won two Academy Awards for its music and a Golden Globe award for Best Motion Picture – Musical or Comedy. Three years later, a Broadway play based on the movie debuted and became the third longest running play in the history of Broadway.

Sadly, Thomas Disch’s name is not mentioned in The Lion King movie credits. Jeffrey Katzenberg never got down on his knees to express his thanks to the movie screenwriters. It wasn’t necessary, the box office receipts and awards were validation that their idea for a new kind of Disney movie had merit. Hakuna Matata!