by peteblack4ua@gmail.com | Apr 16, 2018 | Against the Odds, Chasing Your Dream, Perserverance 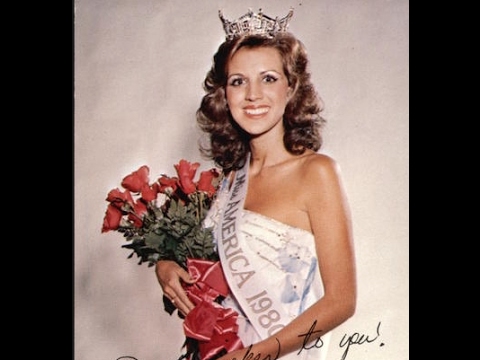 1964 – Ackerman, Mississippi: “No daughter of mine is going to parade herself around on stage in front of a bunch of strangers in a beauty contest. I will not support you, not now, not ever!” bellowed her father in a voice that could be heard all over the house. Seventeen-year old high school junior Cheryl Prewitt was thinking about entering the Miss Choctaw County contest sponsored by the Ackerman, Mississippi Lions Club. Prewitt was surprised and hurt by her father’s outburst, but she entered the event anyway. Wearing an evening gown her mother made from flour sacks, she finished as first runner up. Her daddy wasn’t there.

Prewitt was born in 1957 in rural Mississippi. Her daddy was a contract carpenter and her mother ran a small country store with two gas pumps out front, located eight miles from Ackerman, Mississippi, population 1,500. The family lived above the store. One of Prewitt’s chores was to pump gas for customers while they shopped in the store.

Prewitt had a strong religious upbringing and at age five played the piano by ear and sang at local revivals with her sister and brother in a group known as the Prewitt Children. Later she sang and played the piano in the family gospel group called The Prewitts. The local milkman told her, “Some day little girl you are going to be Miss America.” When Prewitt asked her mother, “Mama, can I really be Miss America?” her mother replied, “I don’t see why you can’t. Believe hard enough and a person can do most anything. That’s what the Bible says.”

At age eleven, Prewitt was in a near-fatal car accident which resulted in 100 stitches in her face, a broken back, a broken pelvis and her left femur crushed so severely that the doctors were unsure she would ever walk normally. After spending three months confined to a wheel chair in a chest-to-toes cast, her left leg finally healed but was two inches shorter than the right. It took her eight months to learn to walk again and she walked with a noticeable limp. However at age seventeen her leg miraculously grew two inches at a Kenneth Hagin Ministries healing service in Jackson, Mississippi.

In 1975 Prewitt graduated from tiny Weir High School in Ackerman, Mississippi, and enrolled at Mississippi State University with a double major in piano and voice. Her freshman year she fell on campus, breaking off her two front teeth and lacerating her lip and cheek.  Her face was sutured and her teeth were bonded back together but remained permanently crooked.

Despite this injury, Prewitt felt God wanted her to enter the Miss Mississippi State pageant. She finished Second Runner Up. She entered the pageant again as a sophomore and after finishing Third Runner Up, decided to never enter another beauty pageant. Instead, she focused on her education and performed with the Jackson Mississippi Symphony, as a concert pianist and soloist.

Prewitt’s decision to give up beauty pageants was short-lived. Once again she entered the Miss Mississippi State pageant and this time she won. She went on to compete in the Miss Mississippi Pageant in Vicksburg, Mississippi. To her delight, her father made the drive from Choctaw County to watch her win first runner up. Driving her back to Starkville, he asked, “Are you coming back next year?” When she responded, “Oh Daddy, I don’t know,” he told her, “Well, I know so – I am glad I came.”

Encouraged by her father, Prewitt continued to pursue her Miss America dream. In her senior year in college, too old to enter the Mississippi State pageant, she entered and won the Miss Starkville pageant. A month later, in a borrowed bathing suit and a homemade red evening gown, on which her mother used Elmer’s Glue to attach the sequins, Prewitt was crowned Miss Mississippi.

September 8, 1979 – Miss America Pageant: Six weeks after being crowned Miss Mississippi, despite all the obstacles she had faced – a poor rural background, the objections of her father, facial scars, crooked teeth, and a microphone that died during her talent performance – millions watched as Cheryl Prewitt was crowned Miss America 1980 on the famous runway in Atlantic City, New Jersey.

Today, Cheryl Prewitt Salem lives in Tulsa, Oklahoma, and works in the Salem Family Ministry with her husband Harry. She is a singer, author, and evangelist having recorded numerous CD’s and co-authored 32 books with her husband.