by peteblack4ua@gmail.com | Sep 5, 2017 | Never Give Up, Overcoming Adversity, Refusing to Quit 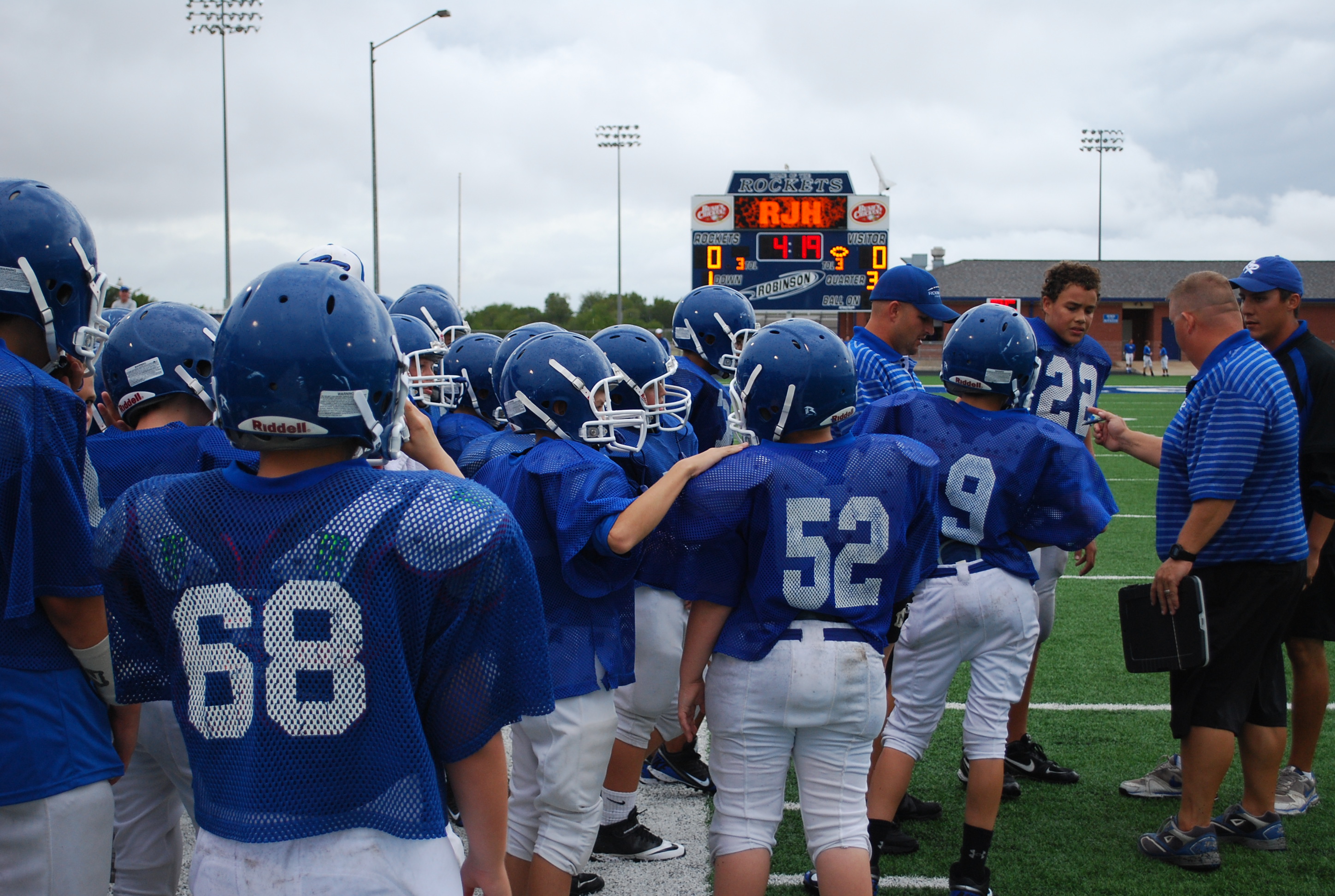 As a kid Andy Andrews loved playing backyard football with his buddies and watching the game on television with his father. After several of his sixth grade classmates decided to go out for the school’s football team at Heard Elementary School in Dothan, Alabama, he convinced his father, a Baptist minister of music, to let him go out too.

Andrews was excited to have a real helmet and uniform and he was fired up to be a Heard Elementary School Ram. The first two of days of practicing in the August heat and humidity convinced him that football was not as much fun as he had thought. After a week of practice, Andrews was pretty sure he wanted to quit the team. Prone to head aches anyway, the temperature and contact made his headaches worse. However, his father told him, “It is only a headache. No, you will not quit.”

After two weeks of running, hitting, and being yelled at by the coach, Andrews was sure he wanted to quit. He was sore, tired, and discouraged. He got his mother to plead his case to his father, but the answer was still no. Even after summer practice had ended and the season began, Andrews continued to complain. His father was a rock. He was not moved by the youngster’s whining and crying, his attempts to plea-bargain, nor by his threats to run away from home. Andrews stuck it out until the end of the season, but not without constantly complaining to his parents.

When Andrews was sixteen he learned how difficult that sixth grade football season had been for his father. His mother told him that his father had cried too, but his crying was in private. He had considered letting his 12-year-old son quit, but didn’t because he wanted Andy to learn a lesson that quitting was not an option on the table when things get tough. He told Andy, “I can promise you, son, that I wanted to let you quit more than you could have ever wanted to. Quitting a sixth grade football team is a little thing, but it moves you in a direction that you can begin to see as normal.” He concluded, “It’s always easier to quit than to continue on and push through the challenge. One day you will experience a success that happens because of the grit you developed in the fall of your sixth grade year.”

Andrews’ father was right. Twenty-seven years later, Andy Andrews wrote a manuscript for a novel called The Travelers Gift. He had a difficult time finding anyone to publish it. The first ten publishers turned it down. Some of them were rude and others did not even respond. Manuscripts sent to ten more publishers were also rejected. A year went by, then two years. At that point, more than 30 publishers had passed on The Traveler’s Gift. Andrews thought about quitting.

After three years, the number of rejection letters had grown to 43 and Andrews had accumulated rejection letters from most of the major and mid-level publishers in America. By turn down number 50, friends and family had long since given up. One person told Andrews, “Don’t embarrass yourself like this. You need to face reality and get on with your life. Fifty of the biggest publishers in the world have agreed that what you have written is not worth printing.” Ouch!

The 52nd publisher said “yes”. On November 5, 2002, Thomas Nelson Publishing released The Traveler’s Gift. The book became a New York Times best seller, sold more than two million copies, and has been published in more than 40 languages. Super Bowl teams, the U.S. military, Fortune 500 companies, churches, and schools have all used it.

Today Andy Andrews lives in Orange Beach, Alabama, with his wife and two boys. He has written 22 books, including two more New York Times best sellers. The New York Times has hailed him “a modern day Will Rogers.” Andrews has spoken at the White House at the request of four U.S. Presidents and he is one of the most sought-after motivational speakers in the country.

“My father was right when he said that quitting was a little thing and not a process with which I wanted to become comfortable. And he was right that the grit I developed from my Heard Elementary football experience would result in success someday. Extraordinary people do not give up because obstacles are in their way – they persist without exception. Period.”                Andy Andrews