by peteblack4ua@gmail.com | Sep 12, 2017 | Adversity, Against the Odds, Chasing Your Dream 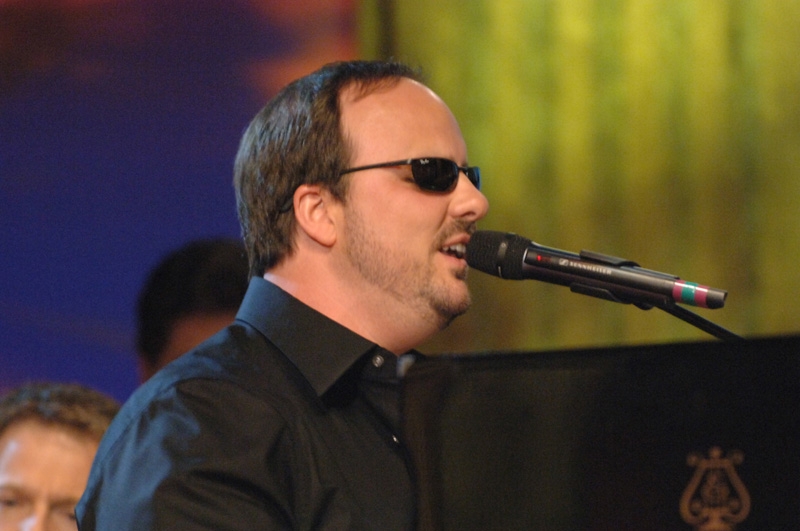 Author and speaker Andy Andrews once asked Gordon Mote, who has been blind since birth, “If you could snap your fingers and see, would you want to be able to see or are you happy just like you are?” Mote responded, “I think I would like to see, but maybe only for a week, then go back to being blind.” A surprised Andrews asked, “Why is that?” Mote said, “Well, I’d like to see what I have missed, but how God allowed me to be is how I have become what I am. It is how I have been able to help other people, and it is who I am. And I know that God wants the best for me and that He is creating blessings now and in the future according to this me that I am.”

Gordon Mote was born in Gadsden, Alabama, and grew up in nearby Attala. His parents were determined that blindness would not keep him, or his brother Michael, also born blind, from having a normal childhood. They realized Gordon’s gifting was music, when at age three he sat down at his grandmother’s piano at Thanksgiving and astounded everyone by playing Jesus Loves Me with both hands. They discovered that he had the unique ability to be able to hear a song once and play it on the piano. From that moment on, Gordon grew up singing and playing the piano in his church.

In 1978, Gordon and Michael were the first blind students to be mainstreamed in the Gadsden schools. Gordon played the clarinet and trombone in the middle school band and later on at Emma Samson High School the band director figured out how to adapt Gordon’s keyboard to a cart and he participated in band half time performances. Captain of his high school band, he won numerous state awards in band and also in vocal competition.

In 2001, Gordon filled in for Alan Jackson’s ailing keyboard player, who also happened to be blind, and by chance participated in the recording of the No. 1 single Where Were You When the World Stopped Turning. The exposure from this opportunity led to playing piano in studio recording sessions with Kenny Rogers, Martina McBride, Cher, Carrie Underwood, Trace Atkins, Bob Seeger, Lionel Richie and many other Nashville artists.

In 2005, Gordon released his debut recording If You Could See What I Hear. The following year he began a six-year stint touring around the world with the Bill Gaither Vocal Band, while continuing to be a studio pianist when not on tour. In 2009, Gordon was named Keyboard/Piano Player of the Year after seven consecutive nominations by the Academy of Country Music. In 2011, he won the award for a second time. He also won Music Row Magazine Instrumentalist of the Year awards (2009, 2011) for playing on the most top ten albums.

In 2012, Gordon Mote stepped out into a solo career. He has released three instrumental and seven vocal solo albums, including All Things New, which was nominated in 2013 for a Gospel Music Association Dove award. At age 46, he still lives in Nashville with Kimberly and their three children.

According to Proverbs 18 a man’s gift makes room for him and brings him before great men. This is true for Gordon Mote despite an abundance of challenges along the way. Southern gospel and contemporary Christian music legend Bill Gaither says, “Gordon’s handicap is obvious. But we are all handicapped in one way or another, anyway. I think his blindness has probably driven him to hear things musically that people with sight cannot hear. Gordon is one of a kind and amazing. I have never worked with anyone with more musical genius.”