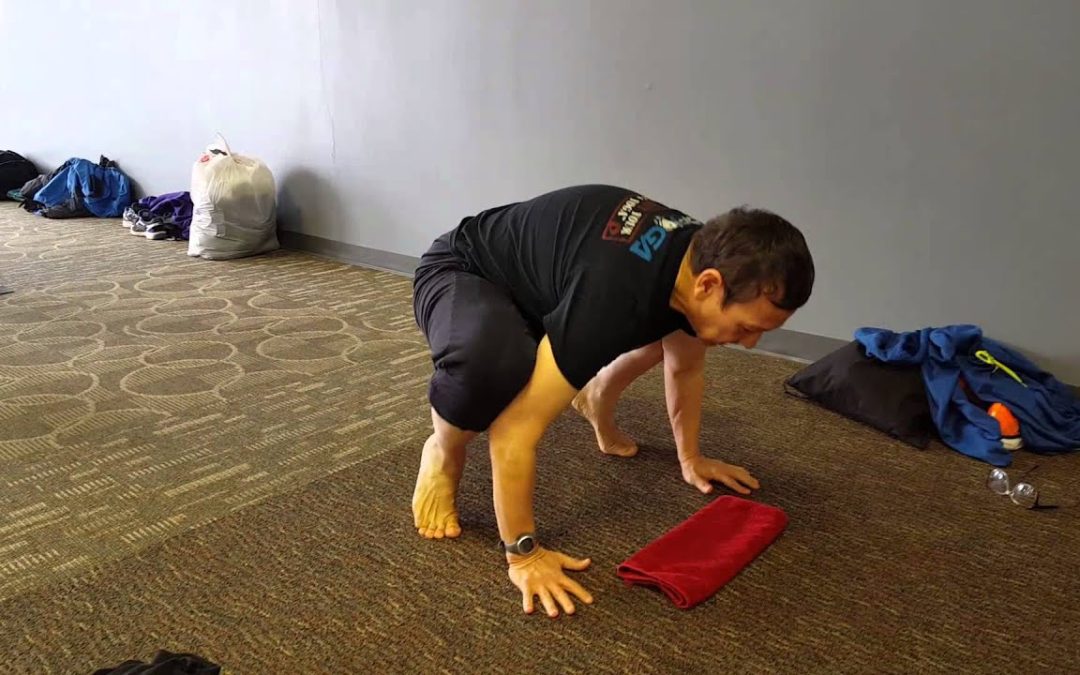 1992, Veterans Administration Clinic – Baltimore, Maryland: “Mr. Boorman, you need to face the facts,” the VA doctor told him, “You will never walk again without assistance.” Boorman, age 32, was a former Army paratrooper who made more than 200 jumps during the Gulf War in Iraq in 1990-91. As a result, he suffered from chronic knee and back pain and used a cane to get around.

For the next 15 years, Boorman accepted the doctor’s advice and resigned himself to braces and canes for mobility. He gave up on ever walking or exercising again. He got married, had three children, and worked as a special education teacher at Severna Park High School in Baltimore. Discouraged and depressed, Boorman turned to food for comfort.

By age 47, Boorman saw himself as a hopeless case. His weight had ballooned from 150 to 350 pounds on his 5’8” frame. He wore a back brace, two knee braces, and needed two canes to get around. When traveling any distance, he resorted to a wheelchair. His wife helped him get dressed and drove him to school. Boorman’s preacher had to teach his kids how to ride a bike.

When a chair collapsed under his weight at school, Boorman got a wake-up call. While surfing the Internet, he came across a high-intensity yoga program. Boorman thought yoga was for sissies. Besides, yoga instructors didn’t have the patience to work with a guy who couldn’t stand on his own. This program, developed by wrestler Diamond Dallas Page, could be done at home.

When 42-year-old Page, a two-time world wrestling champion, had been told his career was over, he came up with Yoga for Regular Guys (YRG) to help his bad back. After developing and using the program, Page resumed his wrestling career and became the world’s oldest wrestling champion at 43.

Although Boorman would not have been caught dead in a yoga class, he ordered a DVD. Shortly after receiving the DVD, Boorman received an email from Dallas Page asking for feedback about the program. Boorman took the opportunity to share his situation. Page called Boorman and gave him the riot act. “You are going to leave your wife a widow with three children if you don’t change,” Page told him.

Page decided to get involved with Boorman personally. He frequently offered encouragement through emails and phone calls. Page’s biggest challenge was helping Boorman realize the situation wasn’t hopeless – that he had the power to change.

Boorman began to do the yoga exercises while sitting on the side of his bed. Initially, he fell a lot, but Page’s motivation kept him going when he wanted to quit. In six months, through a combination of yoga and changes in his diet, Boorman lost 100 pounds. When school started in the fall of 2007, he surprised his students at the bus stop by standing without braces and a cane when he welcomed them back.

Today, at age 59, Arthur Boorman not only can walk, but he can also run. He is back to his paratrooper weight of 150 pounds and he is a certified yoga instructor. He is still a special education teacher at Severna Park, and he teaches yoga five days a week at a local YMCA. He also teaches yoga at a disabled veteran’s program in Frederick, Maryland.

“The single biggest mistake that I ever made,” Boorman says, “Was letting a doctor tell me what I couldn’t do. The biggest part of my journey was getting my head right. It’s easy just to say I can’t and retreat back to fear, to lack of control, and when you do that, you are saying it is not my fault – not my responsibility. Just because you can’t do it today doesn’t mean that you will never be able to someday. If you never try, you will never know.”

“A journey of a thousand miles begins with a single step.”       Lao Tzu