by peteblack4ua@gmail.com | Jan 6, 2020 | Beating the Odds, Determination Despite the Odds, Hanging on to Hope 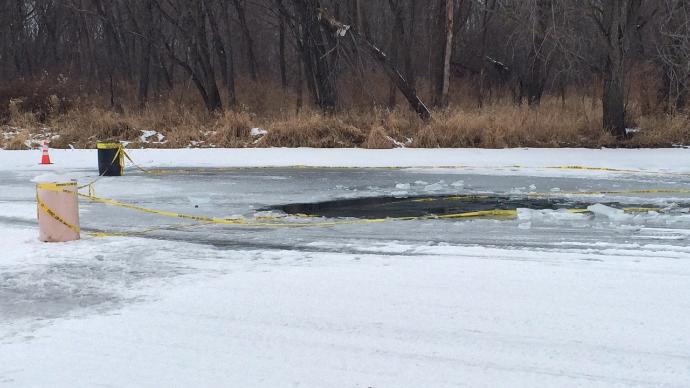 Monday, January 19, 2015 – St. Joseph Hospital, Lake St. Louis, Missouri: John Smith had been dead for more than 30 minutes when he arrived at the emergency room. The paramedics had done all they could do. Dr. Kent Stutterer and his emergency team worked on the 14-year-old drowning victim for an additional 20 minutes, but there was still no heartbeat. Dr. Stutterer called the waiting room and asked John’s parents to come back to his room.

Racing to the hospital after getting the call about the accident, John’s mother, Joyce, a woman of faith, had pleaded with God not to take her son. When she got the news from Dr. Stutterer, she screamed, “No! No! Lord, please, please don’t take John! I believe you are a God who can do miracles!” God heard a desperate mother’s cry – the heart monitor started beeping. Despite having been dead for almost an hour, John’s heart was beating.

When Brian and Joyce Smith’s biological sons were ages 30 and 28, they decided to adopt a child. In November 2000, they flew to Guatemala to adopt nine-month old John. He grew up to love basketball and was the point guard and star of his eighth grade team. On the Martin Luther King holiday weekend in January 2015, he spent the night with a fellow basketball player, Josh Riegers.

Unusually cold weather had caused the 70-acre lake in Josh’s neighborhood to freeze, and on Monday morning the boys couldn’t resist walking across the ice. When they were 150 feet from shore, the ice cracked, and the boys fell into the lake.

Ron Wilson, the neighborhood association manager, saw the boys fall through the ice and called 911. It was 11:33 a.m. Fire department paramedics arrived a few minutes later to find Josh clinging to the ice, but no sign of John. Donning thermal gear and using long poles with hooks, at 11:51 a.m. they miraculously fished John’s lifeless body out of the lake.

After being stabilized John was transferred to Cardinal Glennon Children’s Medical Center in St. Louis, 40 miles away. Dr. Jeremy Garrett, a drowning specialist met the transport there. After reading the report, Dr. Garrett spoke with the family and told them, “Mr. and Mrs. Smith, John has a one percent chance of survival. If he somehow survives, he will never regain consciousness. His heart is beating, but he has no brain function.”

“Stop speaking negative words over John,” Joyce shouted! “I’ve been told that you are the best, so here is what I want you to do. Do your best in what you know to do, and my God will do the rest.” Although shocked, the doctor complied.

On Tuesday morning, John squeezed Joyce’s hand when she spoke to him, but doctors said it was an involuntary reflex. On Wednesday, he opened his eyes and turned his head. The nurse called the doctor and reported “John’s awake!” When Dr. Garrett arrived, John opened his eyes and gave a thumbs up when the doctor asked if he liked basketball. Dr. Garrett motioned Joyce into the hallway and shrugged, “This really isn’t possible, but God…”

John remained on a ventilator and feeding tube, but by Thursday, Garrett and his team were bringing specific prayer requests to Joyce and her band of prayer warriors gathered in the hospital lobby. Ten days after the accident, John walked out of the hospital. He returned to school a month later.

In May 2019, John graduated from Living Word Christian School. He attends North Central University, a Christian college in Minneapolis, Minnesota. After college John plans to enter the ministry. “I am glad God chose to save me,” John says, “But I don’t understand why. God has a plan for my life, just like he has a plan for everybody. He gave me a story to share with others.”