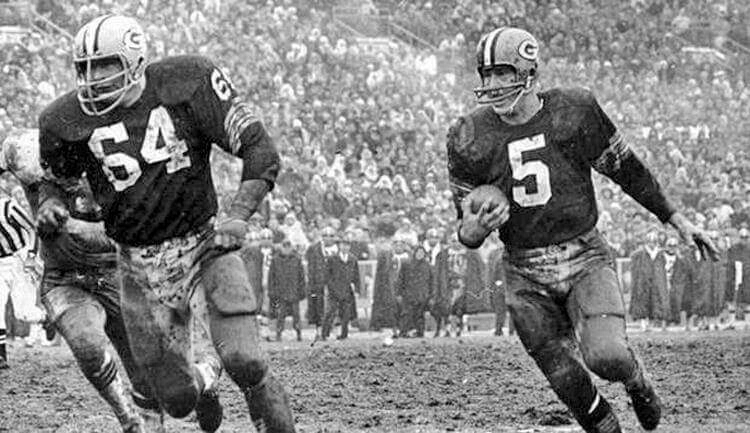 With his face six inches from Kramer’s nose, Lombardi screamed, “The concentration period for a college student is five minutes, in high school it’s three minutes, in kindergarten it’s 30 seconds. And you…bleep you don’t even have that! So where the bleep does that bleeping put you mister? Get your bleeping bleep off this field!”

Kramer wiped Lombardi’s spray from his face and began the long walk to the locker room, wondering if he still had a place on the team. After practice Lombardi wandered through the locker room to find Kramer still in his uniform, sitting at his locker with his head down, eyes all liquid.

Lombardi sat down beside the young guard, put his hand on his shoulder and told Kramer, “This afternoon you were a lousy football player, but you can become one of the best guards in the National Football League.”

Coach Lombardi had inherited a laughing-stock football franchise. Prior to his arrival the Packers had nine straight losing seasons and the year before he arrived, they had won only one game. But over the next decade under Lombardi the Packers won five NFL Championships, including an unprecedented three in a row from 1965-1967. Jerry Kramer was at right guard for all of them. He was selected to the NFL All Pro Team six times. In 1969 he was honored as the Best Guard in the First 50 Years of the NFL.

Following his retirement in 1968, Kramer was asked about his career and Vince Lombardi. He responded, “The turning point was that hot afternoon in 1959 when Lombardi put his arm around me after a very difficult practice and told me that I could become one of the best guards in football. That statement gave me a new feeling about myself. The positive reinforcement by him at that moment changed my whole career.”

Saturday, February 3, 2018 – Super Bowl LII, Minneapolis, Minnesota: Jerry Kramer, his wife, two children and a grandchild were in town to attend the Super Bowl, but more importantly Kramer’s name was on the NFL Hall of Fame ballot. It was his 11th time on the ballot and the annual trip had become painful. He told everyone making the Hall of Fame was no big deal, but he was fooling no one.

Kramer knew the drill. He was to remain in his hotel room and he would be notified of the outcome between 3:00 and 4:00 pm. The family waited anxiously in his room. At 3:30, there was a knock at the door. Kramer answered the door to find a wide-eyed maid. His hopes sunk with each passing minute. By 3:40, he had resigned himself for the usual outcome.

Five more minutes passed when suddenly there was a loud pounding on the door. The entire family stood and a breathless Kramer opened the door. David Baker, President of the Pro Football Hall of Fame, surrounded by six reporters taking pictures, gave him thumbs up. Kramer, eyes teary and voice quivering told the 6’9” 400 pound Baker, “You’re the most beautiful man I have ever seen.”

Forty-five years after becoming eligible, on August 5, 2018, 82-year-old Jerry Kramer will be enshrined in the Pro Football Hall of Fame in Canton, Ohio. He will be the final member of the NFL 50th anniversary team to be inducted.