by peteblack4ua@gmail.com | Mar 4, 2022 | Never Give Up, Overcoming Adversity, Perserverance | 3 comments 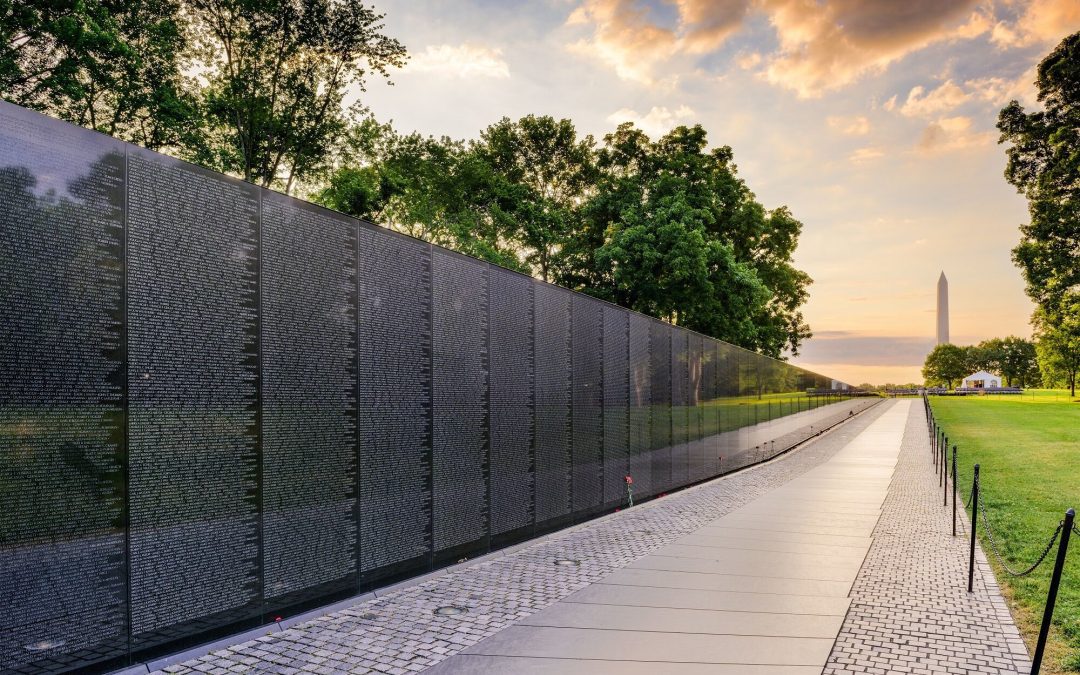 Veterans Day 1985 – National Mall, Washington, D.C.: He remembered back to the worst day of his life, January 21, 1970. He was 100 yards away from the ammunition truck when it blew up, killing 12 of his Army buddies. He would never forget the gruesome scene, the dismembered and burning bodies. As he had done countless times, he touched the names of his friends on the wall. It never failed to bring tears.

Jan Scruggs grew up in Maryland across the Potomac River from the Capitol. In 1969, the rich kids in his high school went to college. Scruggs was drafted and sent to Vietnam. A few months after arriving, a rocket-propelled grenade exploded, wounding him in his right shoulder and both legs. After spending three months in a field hospital, Scruggs volunteered for another one-year tour. Carrying his fellow soldiers out of the jungle in body bags in January 1970 had a traumatic impact on Corporal Scruggs.

Scruggs came home to a country having difficulty separating the brave warriors from a very unpopular war. After dealing with psychological and emotional issues for several years, he enrolled at American University and was a pioneer in understanding post-traumatic stress disorder. After college, Scruggs landed a job at the Department of Labor as an investigator.

Almost a decade after returning home from Vietnam, Scruggs and his wife Becky went to see the movie “The Deer Hunter” about the war. He woke up at 3 a.m. thinking about the death of his buddies. As the sun rose, 29-year-old Jan Scruggs had his mission: He would build a memorial in Washington D.C. to honor Vietnam veterans and his monument would list the names of the fallen.

The next day Scruggs told his boss that he needed two weeks off because he was going to build a Vietnam memorial. “You need some time off, Scruggs,” the boss laughed. “You’re crazy.” In May 1979, Scruggs held a press conference and announced the Vietnam Veterans Memorial Fund, a non-profit organization intended to raise money for the project. He guessed he needed $1 million to complete it.  Scruggs shared his idea a month later at a Vietnam Veterans of America meeting but the idea was dropped like a hot potato.

By July 4, Scruggs had only raised $144.50. The CBS Evening News did a brief story about the memorial, and he was laughed at on the national news. Unfazed, Scruggs was happy to get some publicity. In January 1980, Northrup Grumman donated $10,000, and a month later Ross Perot donated a similar amount.

Two months later the foundation had enough money to start the design phase. The competition was the largest in history, with more than 1,400 submissions. The winning design belonged to a 21-year-old Chinese American, Maya Lin, an architectural student at Yale University. Her design was a simple v-shaped black granite wall with names of the soldiers who were killed or missing in action.

When Scruggs saw the design, he knew it was right and that the monument would have a deep emotional impact on those who saw it. He also knew there would be huge public relations problems. Many Vietnam veterans and congressmen opposed the design. Some questioned “What does a 21-year-old knew about war?” and “Why should someone of Asian heritage design the memorial?” Others argued black was the color of shame and sorrow. The project was opposed by many rich and powerful people and almost fell apart. Scruggs persisted. He was a man on a mission.

Despite two years of Washington political morass, Jan Scruggs raised more than $8 million for the memorial and gradually overcame most objections. The Vietnam Veterans Memorial was dedicated in November 1982. Unlike most monuments which are viewed, the Vietnam memorial must be touched to be experienced. The wall became a sacred place of healing and reconciliation for many Americans. Annually, more than three million people visit the Vietnam Veterans Memorial, one of the most popular in Washington D.C.