by peteblack4ua@gmail.com | Oct 17, 2022 | Against the Odds, Determination Despite the Odds, Hanging on to Hope | 1 comment 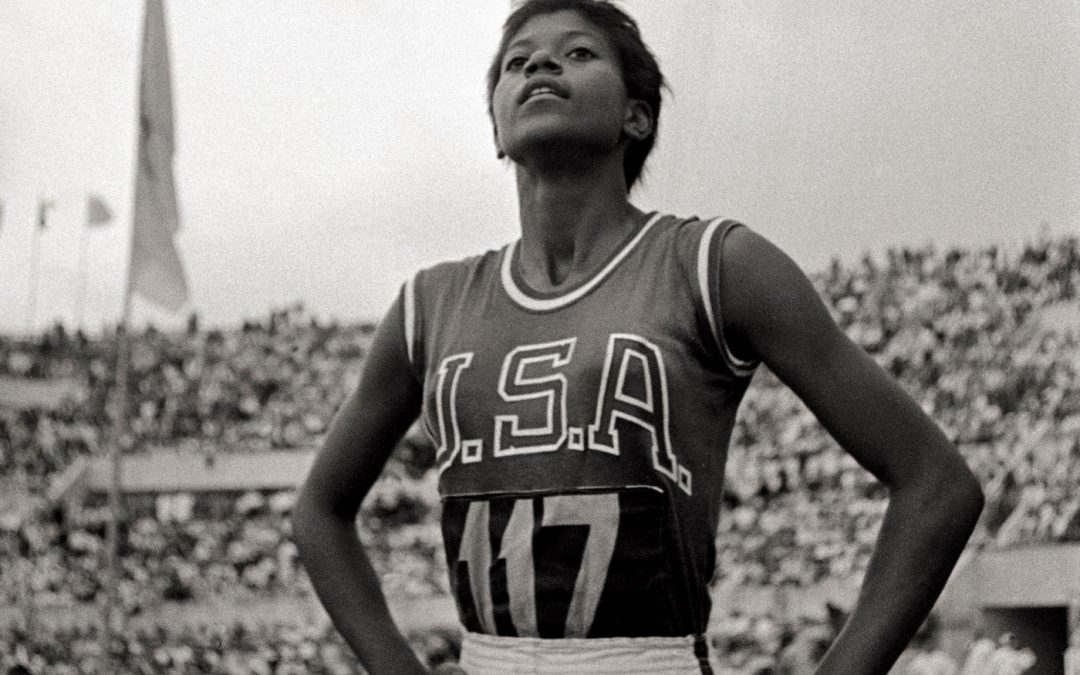 Doctors prescribed massage therapy four times a day for Wilma to improve her mobility, so Blanche trained Wilma’s brothers and sisters to do these treatments. She also recruited the siblings to make sure Wilma kept the cumbersome brace on when she was outside playing. It took five years of intensive therapy before the brace was traded for high-top orthopedic shoes at age nine. Wilma wore the hideous corrective shoes for two years.

By age twelve, Wilma was the fastest kid in her neighborhood. She was a basketball standout at Burt High School in Clarksville, setting the state record with 49 points scored in a single game. It was on the basketball court that Ed Temple, the women’s track coach at cross-town Tennessee State University, spotted her. He was so impressed with Wilma’s speed that he invited the 15-year-old to join his Tigerbelles track team for summer workouts. He likened the style of the 5’11”, 120-pound runner to that of a gazelle.

With Temple’s encouragement and expertise, Burt High School started a track team. In the team’s first season, the tall, lanky sophomore easily won all twenty of the events she entered at distances from 50 to 200 meter.

In July 1956 Coach Temple took several Tennessee State runners and Wilma to Seattle to compete in the Olympic Trials. The 16-year-old running sensation qualified for the U.S. team in the 200-meter race. That December in Melbourne, Australia, although she failed to medal in the 200, Wilma ran with three Tennessee State runners to win a bronze medal in the 400-meter relay.

September 7, 1960, in Stadio Olimpico, the track and field venue, thundered “Vilma, Vilma, Vilma.” They had just watched Wilma Rudolph run the anchor leg of the 4 x 100 meter for the American team to win her third gold medal in the summer Olympics in Rome. Three days before, she had shocked the world by setting a world record in the 100-meter competition with a time of 11.0 seconds to win her first gold medal. A day later she won gold in the 200-meter sprint, in a race that wasn’t even close.

During her induction into the Track and Field Hall of Fame in New York City in 1974, Wilma Rudolph shared with those in attendance, “My doctor said I would never walk again. My mother told me I would. I believed my mother. She reminded me that triumph can’t be had without the struggle.”