by peteblack4ua@gmail.com | May 16, 2022 | Adversity, Determination Despite the Odds, Hanging on to Hope | 1 comment 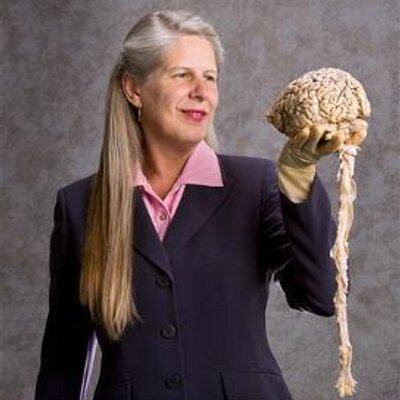 December 10, 1996 – Boston, Massachusetts: Dr. Jill Taylor woke around 7 a.m. with a sharp, pulsing pain behind her left eye. She rarely had headaches. She was 37 with no health problems. Maybe after a 30-minute workout on her cardio glider, something she did every morning without fail, the headache would go away. But it didn’t; it got worse.

As Jill was walking to the bathroom, she kept losing her balance, so she hugged the wall. Something was wrong. While in the shower her right arm went limp, and she knew, “Oh my god, I’m having a stroke.”

Being a neuroscientist, Jill knew time was of the essence. She dried off and stumbled to her small office in her apartment. When she grabbed the phone, the numbers were blurred, and she had trouble remembering her office phone number at Harvard. It took several tries before a colleague answered. Although when Jill tried to speak the words were garbled, her colleague perceived she was in trouble and called 911.

Jill woke up later that afternoon at Massachusetts General Hospital, a neurological trauma center. She was thankful to be alive.

Originally from Terre Haute, Indiana, both of Jill’s parents held doctorate degrees. Her father was an Episcopal minister and her mother was a college math professor. Jill was influenced to study the brain when her older brother was diagnosed with schizophrenia.

She earned her undergraduate and master’s degrees from Indiana University in Bloomington and a Ph.D. in neuroanatomy from Indiana State University in Terre Haute. Then she did postdoctoral research at Harvard Medical School, where she specialized in severe brain diseases like schizophrenia and bipolar.

Two weeks after Jill’s stroke, surgeons removed a golf-ball-sized blood clot from the left hemisphere of her brain. They discovered that she had an arteriovenous malformation (AVM), an abnormal congenital connection between an artery and vein in the brain that led to a blood vessel rupture which caused a hemorrhagic stroke in the left side of her brain. Only a small percentage of these stroke victims completely recover.

Jill’s mother had struggled for years to help her son deal with a severe brain illness and she was determined to do whatever was possible help save her daughter. She moved to Boston to take care of Jill. Jill’s best friend, Kelly, took eight months of paid leave to help with her rehab. The two women had their work cut out for them. The stroke left the Harvard researcher unable to walk, speak, read, write, or remember anything, including her mother. She had become like an infant again.

Jill could not put together the simplest children’s puzzle; she just sat and stared at it. She had to be taught everything. Her mother would ask, “You can have soup, grilled cheese or tuna, which do you want to eat?” Jill might choose ‘soup.’ Ok, you remember the word soup. Soup. Slowly, word after word Jill relearned her vocabulary. It took two years.

In total it took eight long years for Jill Taylor to recover from her stroke. Today, she teaches at the Indiana University School of Medicine. She is the national spokesperson for the Harvard Brain Tissue Resource Center. Her 2006 New York Times bestseller My Stroke of Insight has been published in 30 languages is one of the most-read books about stroke recovery.

Jill is also a much sought-after speaker. Her inspirational message at the “TED talk” (technology, entertainment, and design event) is the second most watched TED talk of all time with more than 20 million viewers. “We may not be in total control of what happens in our life, but we certainly are in charge of how we choose to perceive our experience,” Jill advises. “Most important, we must be willing to try. The try is everything. You may have to try, try, and try again with no results for a thousand times before you get even an inkling of a result, but if you don’t try, it may never happen.”