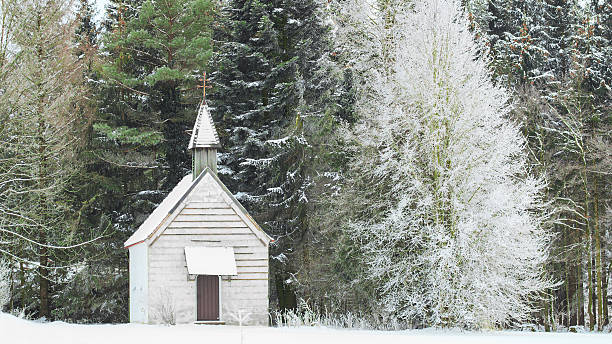 Sunday, January 6, 1850 – Colchester, England: It was the worst snowstorm in years. John Egglen thought about skipping church, but he put on his coat and boots and trudged six miles to the small Primitive Methodist Church on Artillery Street. He arrived to an almost empty building. Twelve faithful members had braved the blizzard but there was no preacher. He was snowed in.

Someone suggested they go home. Egglen, the only deacon there, disagreed. They had come that far, so they would have a service. But who would preach? The deacon was chosen. The 26-year-old Egglen had never preached before. Just before he began his impromptu sermon, a 15-year-old boy, a visitor, ducked into the church to get out of the storm. Unbeknownst to Egglen, the troubled and depressed boy was a burden on his mother’s heart and the focus of her prayers.

Egglen chose Isaiah 45:22 as his text. “Look unto me, and be ye saved, all the ends of the earth; for I am God, and there is none else.” He stuttered, rambled, and repeated himself several times. His sermon lasted 10 minutes. As Egglen closed he felt compelled to speak directly to the visitor. He turned and addressed the teen, “Young man, you look very miserable. And you will always be miserable – miserable in life and miserable in death – if you do not obey this text. But if you obey now, this moment, you will be saved.”

The boy’s name? Charles Haddon Spurgeon. Of that Sunday morning he would recall, “I did look, and then and there the cloud on my heart lifted, the darkness rolled away, and at that moment I saw the sun.” When he returned home that day, he told his mother what happened and that he wanted to be baptized. “I prayed that you would be saved,” she rejoiced, “but I didn’t pray that you would become a Baptist.”

Spurgeon was baptized in the Lark River a few months later on May 3, 1850. He preached his first sermon a year later. He was a natural born preacher. In 1854, the New Park Street Chapel in London called the 20-year-old Spurgeon to be their preacher. People flocked to him preach.

In March 1861, the congregation moved to the newly constructed Metropolitan Tabernacle, which was built to accommodate the huge crowds who came to hear Charles Spurgeon preach. The sanctuary, the largest in England, seated 5,000 people. Spurgeon preached twice on Sunday and multiple times during the week, always to a packed house.

Often referred to as the “Prince of Preachers,” Spurgeon planted more than 50 churches. He also built two orphanages, started a pastor’s college, a free seminary to train preachers, and wrote more than 140 books and pamphlets, including a seven-volume commentary on Psalms. Spurgeon preached at the Metropolitan Tabernacle for 31 years until his death in 1892.

Charles Spurgeon told the story of his salvation experience in January 1850 hundreds of times. “I might have been in darkness and despair until now had it not been for a little Primitive Methodist Church and the goodness of God in sending a snowstorm one Sunday morning.”

Did John Egglen know the result of his 10-minute sermon? History is silent. Most heroes are unaware when they are heroic and historic moments are rarely acknowledged when they happen. The next Mother Teresa, Albert Schweitzer, or Charles Spurgeon may be bagging our groceries or waiting our table. A kind word of encouragement, a simple act of obedience may be all that it takes to change the course of history.