by peteblack4ua@gmail.com | May 6, 2019 | Courage Under Fire, Determination Despite the Odds, Underdogs | 1 comment 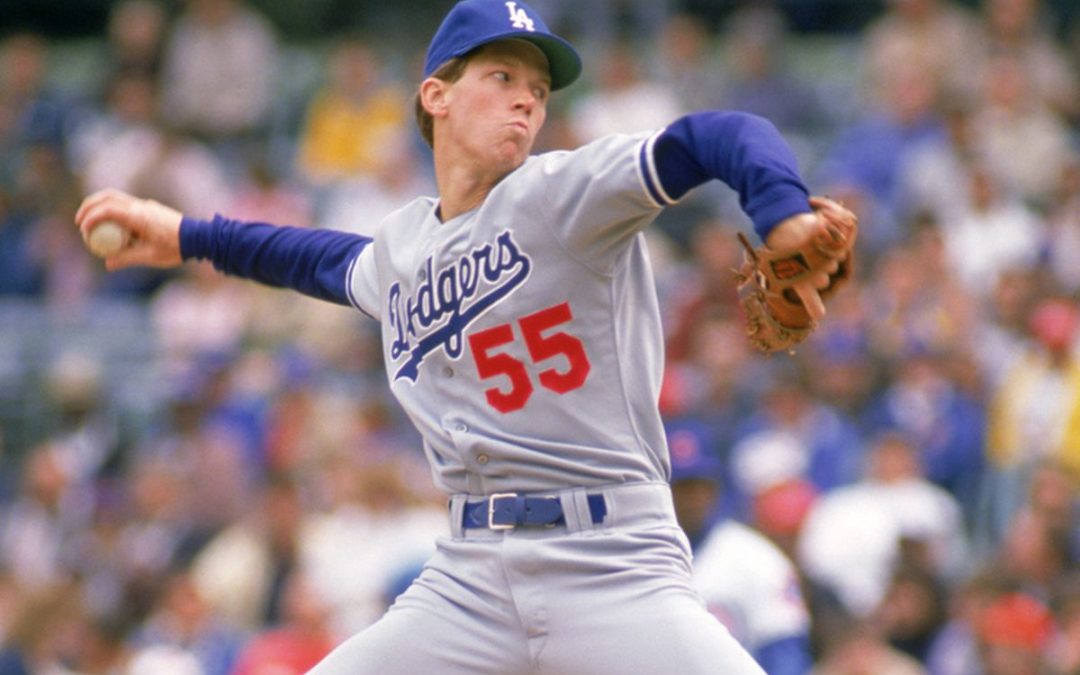 Lasorda continued, “If I could get a heart surgeon in here, I’d have him open up my chest and give you my heart. With your pitching ability and my heart, you could be in the Hall of Fame. I want you, starting today, to believe you’re the best pitcher in baseball. Take charge! Be a bulldog on the mound. That’s going to be your new name, Bulldog!”

Lasorda’s verbal lashing of his young pitcher was so loud that Dodger teammates later jokingly referred to the meeting as the “sermon on the mound.” The skinny, struggling young pitcher left the manager’s office wondering what had just happened. Lasorda thought he had big league talent. His manager thought he deserved to be in L.A., but would Lasorda send him back to the AAA Club in Albuquerque, New Mexico?

Orel Hershiser was born 1958 in Buffalo, New York. He was an outstanding pitcher at Cherry Hills High School in New Jersey before signing a baseball scholarship with Bowling Green University. The Los Angeles Dodgers finally selected him in the 17th round of the major league baseball draft. The scouting report on Hershiser read: Poor control, weak fastball, throws the curveball incorrectly, rattles easily and has questionable mental toughness as a pitcher.

Two days after Lasorda’s sermon, with a bullpen full of sore, tired pitching arms, the call came to the bullpen, “Can anybody down there pitch today?” Even though his arm was sore, Hershiser volunteered to pitch against the San Francisco Giants. As he walked to the mound, Lasorda hollered, “Come on Bulldog, you can do it! You’re my man!” Encouraged, Hershiser gave up only one run in three innings. He became a big league pitcher that day.

In late June Hershiser became a starting pitcher for the Dodgers. He pitched four shutouts in July and was named National League Player of the Month. The rookie had the National League’s longest scoreless streak of 33 innings that season and finished third in Rookie of the Year voting. He tied for the league lead in shutouts and had the league’s third-lowest earned run average.

In 1988, his dream season, Orel Hershiser pitched five consecutive complete game shutouts on his way to setting the all-time major league record of 59 scoreless innings – a record that still stands. He finished the season with 23 wins, the Dodgers won the World Series, Hershiser was named World Series MVP and he also won the Cy Young Award as the best pitcher in the National League. He is the only pitcher to win both these awards in a season.

While Hershiser didn’t relish being called Bulldog, the nickname stuck with him, and he believed what Lasorda told him that day in of May 1984. The Bulldog moniker did not reflect Hershiser’s mild-mannered personality but it aptly described his fierce competitive spirit. Hershiser was one of the best pitchers in baseball for 17 seasons until his retirement in 2000.

“At first I hated it, probably for a good five years.” Orel Hershiser said of his nickname, “I had this young ‘Opie of Mayberry’ look and now I’ve got the nickname Bulldog. But I owe a lot to Tommy Lasorda. He was my cheerleader and he encouraged me to believe in myself. He made me believe I belonged in the big leagues.”

“Telling a man he is brave helps him to become so.”      Thomas Carlyle