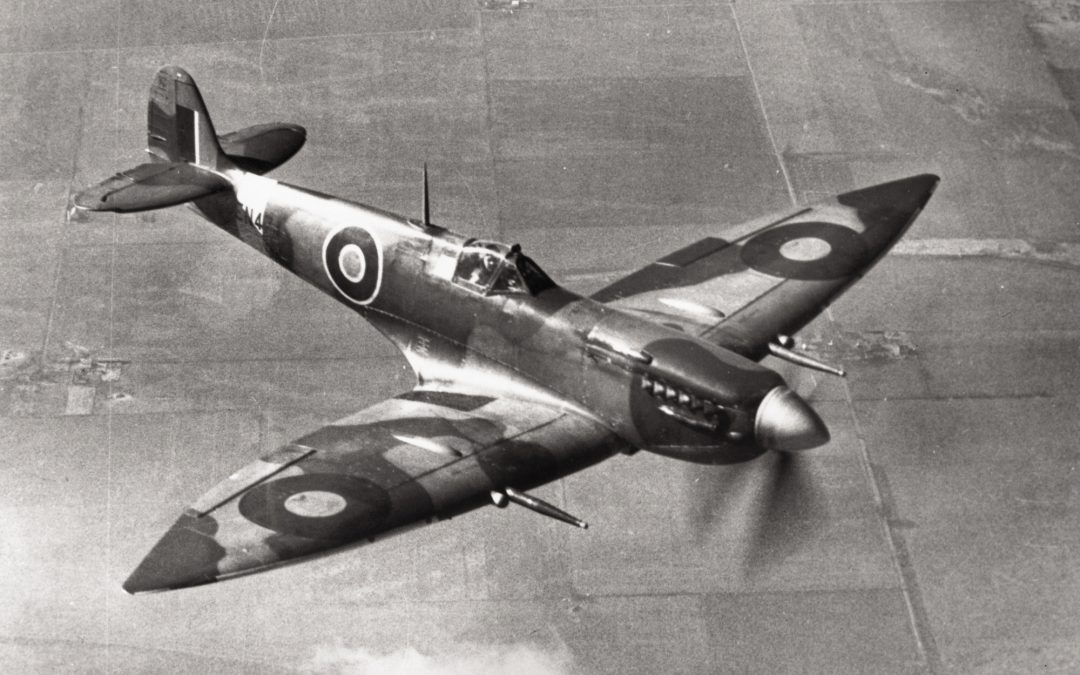 1940 – Great Britain: Adolf Hitler’s German war machine was rolling across Europe capturing country after country. When France surrendered in June 1940, Great Britain remained the lone holdout, the final domino in the German chancellor’s path. War-torn England still had not recovered economically from WWI two decades earlier. The odds were overwhelmingly against them.

The German Air Force conducted nightly bombing raids on England between August 1940 and June 1941. More than 30,000 people lost their lives in London alone. Hitler’s Air Force included 2,600 planes, while the British Royal Air Force had only 600. The battle for Great Britain would be won or lost in the skies.

England needed more Spitfires, a high-speed fighter plane, to intercept the large fleet of German bombers. But England didn’t have the large sums of money required to produce the aircraft. Max Aiken, a newspaper millionaire whom Winston Churchill had the named Lord Beaverbrook and put in charge of England’s Air Ministry had an idea for a project.

It started with a call from mining millionaire Harry Oaks who inquired about a Spitfire cost. When Oaks learned the cost was roughly £5,000, he wrote a check, and Beaverbrook saw an opportunity. Why not ask the British public, and for that matter the rest of the world to help.

The “Spitfire Fund” was created in the summer of 1940 for private citizens to donate toward the building of the planes. Fliers advertising the project were soon posted throughout the country. A national song was written to encourage donations and competition among cities. When each £5,000 target was reached, the Royal Air Force named the plane in honor of the town, family, business or organization that raised the money.

The public could donate a spitfire, a Merlin engine for £2000, a fuel tank for £40, or a set of screws or a spark plug for 8 shillings. People responded generously. Churches ran bake sales and children saved their shillings. Hotels, restaurants and bars collected money. It became a matter of national pride to have a Spitfire named after your town, business or organization.

When 8-year-old Patricia Boncey mailed 15 shillings and promised to send more when she raised it, her generosity became a national story. Dogs got in on the act, too. One kennel club raised enough to fund a plane and dubbed it “The Dog Fighter.” Women in England named Dorothy purchased the spitfire named “Dorothy of Great Britain”.

Newspapers frequently carried a list of funds and donors. The British Broadcasting Company announced the names of funds and individual donors at the end of their nightly newscasts inspiring others to give. Names of donors, towns, and businesses were painted on the nose of the spitfires.

During the war, improvements to the spitfire by the Royal Air Force created the world’s best fighter plane. With eight wing-mounted machine guns and a 1,000 horsepower Rolls-Royce engine, the spitfire flew at 400 mph and up to an altitude of 40,000 feet. The plane’s speed and maneuverability gave it high-altitude superiority over the slower German bombers and fighters. German pilots feared the spitfire.

The Spitfire fund united the hearts of everyone in Great Britain. The plane became the symbol of England’s grit and determination to defend itself against the Nazis despite the odds. The 2,600 spitfires built as a result of the donations helped Britain hang on until the D-Day Operation in June 1944, when the Allies successfully invaded Europe and helped England defeat Germany.

Harry Oak’s generous donation inspired a nation. The Spitfire Fund was the largest and most effective fundraising project in the 20th Century. It is the only time in British history that civilians sent money to the government voluntarily.