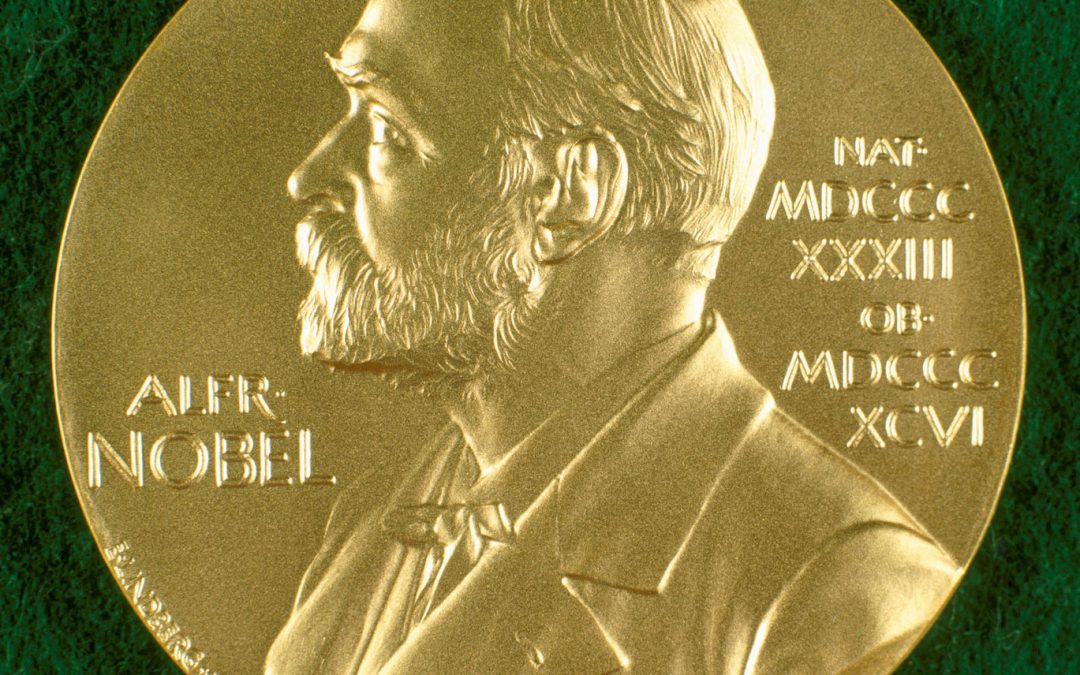 1888 – Stockholm Sweden: As was his custom, Alfred Nobel read his newspaper, The Social Demokraten, while eating breakfast. The front-page story, “The Merchant of Death is Dead,” drew his attention. It began, “Dr. Alfred Nobel, who became rich by finding ways to kill more people faster than ever before, died yesterday.” In the article, Nobel was referred to as the “wealthiest vagabond in Europe.” The story strongly condemned the wealthy businessman for his invention of dynamite.

Alfred put down the paper. He was shocked. Mortified. He was reading his own obituary! Was this a tasteless joke? A serious mistake? It was not until the following day that Alfred discovered that his brother, Ludwig, had died of a cerebral hemorrhage while visiting Paris, and a French newspaper erroneously assumed that it was Alfred who had died and printed an obituary. Newspapers across Europe had picked up the story.

Alfred Nobel was the fourth child of Immanuel and Caroline Nobel. His father was an inventor and engineer who manufactured ammunition and explosives for Russia during the Crimean War against England and France. Young Alfred was privately tutored and by age 16 was a competent chemist who spoke five languages. While working with his four brothers in his father’s factories, he became intrigued with the development of explosives.

In the mid-1850s, Alfred met Ascanio Sobrero, an Italian inventor of a new explosive he called nitroglycerin. Although Sobrero had discovered nitro in 1847, it was so volatile and dangerous that he was afraid to develop its use. Alfred built a small factory and for more than a decade worked on stabilizing the explosive.

In 1864, Alfred thought he had solved the volatility problem, but the nitro exploded, killing five people, including his younger brother Emil. Alfred was slightly injured. Despite the setback, Alfred persevered. Three years later, he invented a blasting cap, which allowed the nitroglycerin to be ignited with a fuse. A few months later, Alfred patented a safer explosive he referred to as “dynamite,” from the word dunamis, the ancient Greek term for power.

Dynamite became a popular and effective explosive in engineering and mining. Alfred developed patents for dynamite in Europe and the U.S. Over the next two decades, he built more than 100 factories worldwide producing explosives, ammunition and military equipment. Alfred believed his inventions would only be used to bring about good.

On the morning in 1888, when Alfred Nobel read his obituary, he was devastated. It proved to be a life-changing experience for him. A legacy of death and destruction was not how he wanted to be remembered. A pacifist, he had dedicated his life to studying explosives, particularly the safe and responsible use of dynamite. That day, he decided to leave a different legacy and dedicated his remaining years to peace and goodwill.

On November 27, 1895, at the Swedish-Norwegian Club in Paris, 62-year-old Alfred Nobel signed his last will and testament. The will was placed in a bank vault in Stockholm. A year later, after Alfred died of a cerebral hemorrhage, his will was read. To the surprise and disappointment of his family, he had set aside the bulk of his immense fortune, about $250 million, to establish the Nobel Peace Prizes.

Since 1901, the Nobel Prizes are presented in Stockholm each December to recognize extraordinary achievements in the world that promote world peace in physics, chemistry, medicine and literature. In 1968, Sweden’s central bank added a peace prize in economics to honor Nobel. In 2020, each recipient received $1.15 million from the Nobel Foundation, along with their gold medal.

Today few people know that Alfred Nobel invented dynamite or that he received 355 patents during his lifetime, most of which pertained to explosives. Alfred Nobel’s legacy will always be the Nobel Peace Prize Foundation that he established in 1895.