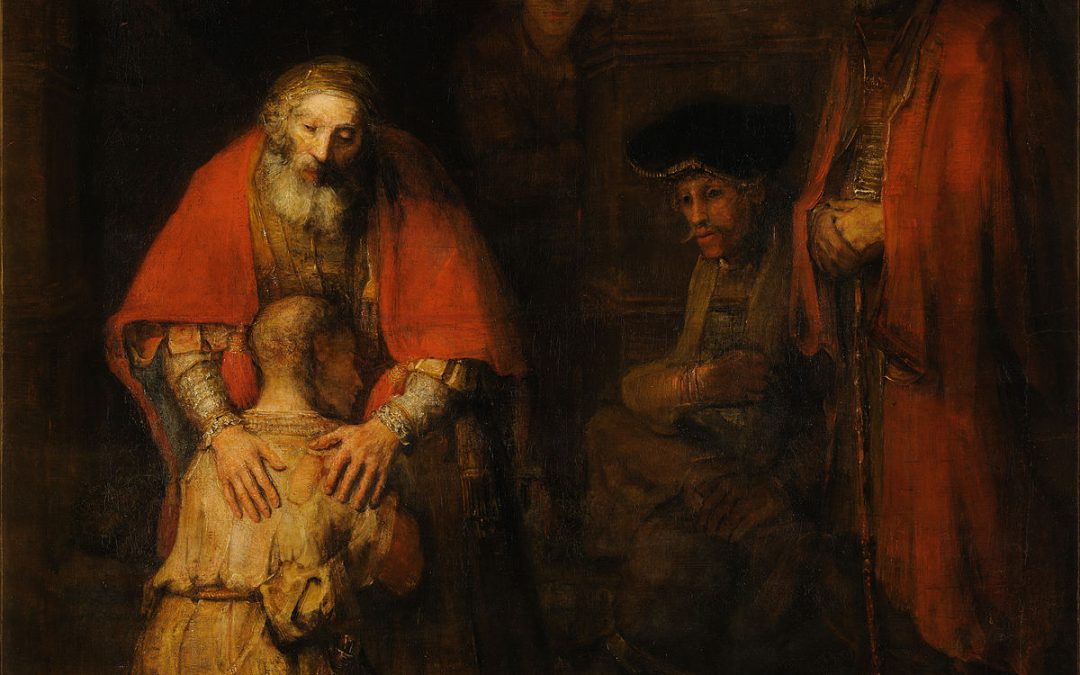 The troubles and tough times in our lives have a way of shaping and molding our character. Our greatest accomplishments are often learned in the school of adversity and suffering. As the days through which Job suffered are the ones that make him worth remembering, so the days through which we struggle, but never lose hope, will be the most significant we are called to live.

1669 – Amsterdam, Holland: Many consider the painting to be his masterpiece. Some art critics crown it the greatest of all time – better than Leonardo da Vinci’s Mona Lisa or The Last Supper. After numerous attempts during his career to paint the parable of the prodigal son, the work was Rembrandt’s grand finale.

Rembrandt van Rijn was born in Leiden in the Netherlands in 1606. His father was a miller and his mother was a baker. At age 14, Rembrandt began attending the University of Leiden. But with little interest in academics, he dropped out after a few months and started an apprenticeship as an artist.

In 1631, 25-year-old Rembrandt left his small town and moved to Amsterdam, Holland’s largest city. The port town offered a young artist more opportunities to apprentice and paint. Over the next five years, Rembrandt married Saskia and made a name for himself as a painter of portraits and historical figures.

In 1636, Saskia gave birth to their first child, who died just two weeks later. During the next four years, they endured the pain of losing two more babies. Finally, in 1641, Saskia gave birth to a son, Titus, who lived. Unfortunately, she never recovered from the pregnancy and died from tuberculosis a few months later at age 30, leaving Rembrandt to raise a child alone.

Despite his grief, Rembrandt hired a nanny and returned to his trade. By the end of the decade, he was rich and had become Holland’s most famous artist. The young artist was inspired repeatedly to paint historical scenes from the Bible, including St. Paul in Prison, The Three Crosses, Bathsheba and Judas Returning the Pieces of Silver. At age 36, Rembrandt did his first sketches of the story of the prodigal son from the book of Luke. The painting received a lukewarm reception in Amsterdam.

Rembrandt spent his money lavishly buying a larger house and collecting pieces of art. He took for granted that his fame and fortune would last forever, but they did not. In the early 1650s, Amsterdam suffered an economic depression. Rembrandt’s creditors began to harass him and, in 1656, he was forced to declare bankruptcy. The great artist stood by humiliated as all his household possessions, including his impressive collection of paintings, were sold for a small sum to pay his debts. Later in 1663, because he needed the money, Rembrandt sold Saskia’s tomb.

For more than three decades, Rembrandt continued to be inspired by the parable of the prodigal son. On numerous occasions, he attempted to capture the story of homecoming and forgiveness on canvas. He made various etchings, drawings and paintings, including the Prodigal Son in the Tavern, but the powerful message of the story continued to elude him.

In 1669, the old artist once again sat at his easel to paint the wayward son who returned to his father to ask forgiveness. At this stage in his life Rembrandt was destitute, mostly forgotten, and broken by years of suffering and struggle.

This time he painted from his pain with new insight and wisdom. And this time, the greatest artist of the Dutch Golden Age got it right. At more than 8 feet tall, the huge painting depicts the prodigal son kneeling before a forgiving father and the angry older brother. The figures are life-size and life-like.

Rembrandt died at age 63 only a few months after completing The Return of the Prodigal Son. Today, the original artwork is located in the Hermitage Museum in St. Petersburg, Russia. Those who view the magnificent painting are captured by it, and many walk away convinced it is the greatest painting of all time.

“But we also glory in our sufferings, because we know that suffering produces perseverance; perseverance, character; and character, hope.”       Romans 5 NIV