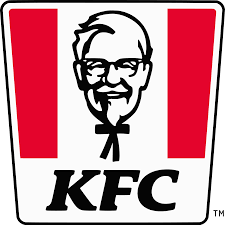 1955 – Corbin, Kentucky: He closed his restaurant and small hotel, Sanders Court and Café, after 25 years in business. Since the new Interstate 75 bypassed Corbin, truckers and families traveling through on U.S. 25 no longer stopped in for his delicious food. At age 65, he sold the business for $65,000, about a third of its value, leaving him just enough money to pay his debts.

He had an idea for a new business. Friends and family tried to persuade him to retire – he was too old to start another business and that it was time for golf and fishing – but he was convinced he had a fantastic fried chicken recipe. Sanders and his wife, Claudia, packed up their 1946 Ford. Using his small savings and his $105 monthly Social Security check, they set out across America to find restaurants that might be interested in purchasing a fried chicken franchise.

Harland Sanders was born in 1890 in Henryville, Indiana. When he was 7, his father died, and his mother went to work in a factory. Harlan began helping with the cooking, and a lifelong love developed. In the seventh grade, with his mother’s blessing, he dropped out of school. He moved to Indiana to live with an uncle and got a job as a streetcar conductor. At age 16, he lied about his age, joined the Army and served in Cuba.

Over the next 25 years, Sanders held numerous jobs, including a fireman on several railroads, operating a steamboat ferry in Ohio, insurance salesman, practicing law in the justice of the peace courts in Arkansas and selling tires in Kentucky. In 1936, Kentucky Governor Ruby Laffoon made Sanders an honorary Kentucky Colonel.

By age 40, Sanders was operating a service station in Corbin, Kentucky. He sold home-cooked food in a little room in the back. His fried chicken – battered with 11 secret herbs and spices and cooked in a pressure fryer for exactly nine minutes – was the best for miles around. Sanders eventually sold his service station and built a restaurant across the street.

When he sold the business in 1956, convincing restaurants to buy fried chicken franchises was slow at first. The Sanders sometimes slept in their car. Armed with his pressure cooker and the herbs and spices, Sanders would make a potential restaurant owner an offer. He would fry his “finger-lickin’ good” chicken for the employees, and if they loved it, he talked to the owner about a franchise. The way it worked, restaurants could use Sanders’ recipe and process and owed him a nickel for every chicken sold.

As word spread about Sanders’ chicken, restaurants began to seek him out. Less than 10 years after going on the road, Sanders had 600 Kentucky Fried Chicken (KFC) franchises in the U.S. and Canada – and 16 employees in an office behind his house. It was more than he could handle.

In 1964, 74-year-old Harland Sanders sold his business to a group of Kentucky businessmen for $2 million, plus an annual salary, royalties and the opportunity to be the company spokesman. In his signature white suit and black string tie – he never wore anything else in public in his last two decades – The Colonel was the symbol for KFC. He filmed commercials and traveled more than 200,000 miles annually, promoting his chicken.

Harland Sanders remained active in the company until his death in 1980 at age 90. At that time, Kentucky Fried Chicken was the world’s largest fast-food chain with an estimated 6,000 stores in 48 countries and annual sales of $2 billion. Today, KFC operates 23,000 stores in 140 countries about the world.

“Friends told me I was too old to start another business. I was 66, but I still had to make a living,” remembered the Colonel. “I decided to use my Social Security check to try to franchise my chicken recipe. Folks had always liked my chicken. One has to remember that every failure can be a stepping stone to something better.”