by peteblack4ua@gmail.com | Feb 26, 2022 | Courage Under Fire, Determination Despite the Odds, Hanging on to Hope | 2 comments 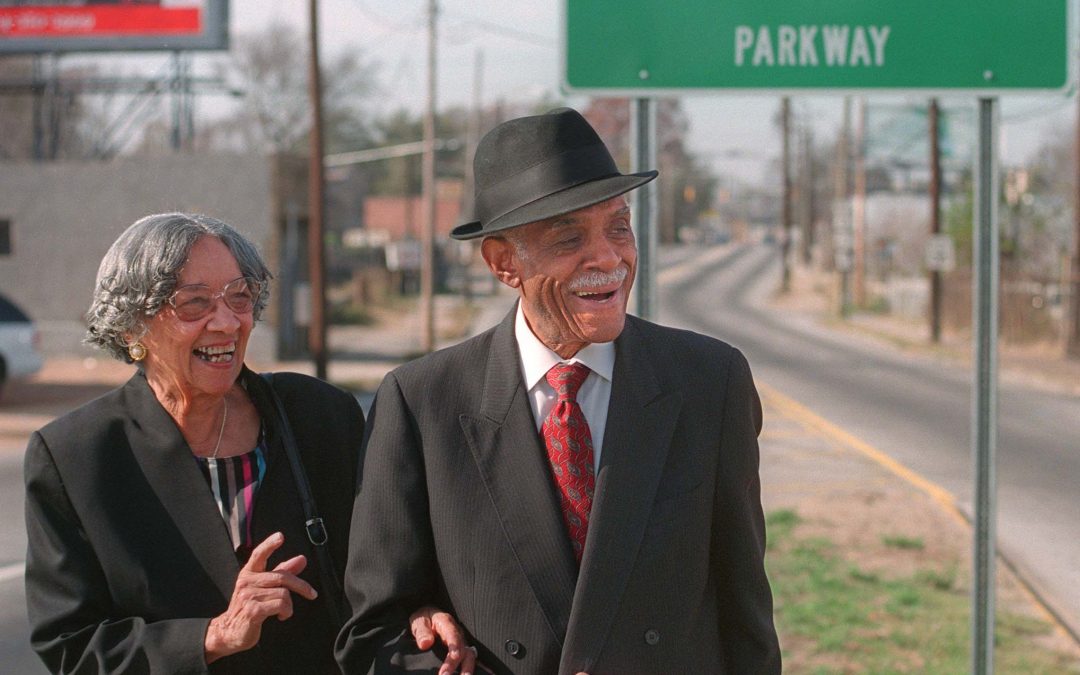 October 19, 1960 – Atlanta, Georgia: It was one of the worst days of Martin Luther King Jr.’s life. Along with 52 others, he’d been arrested and placed in the Dekalb County, Georgia, jail for leading a sit-in at Rich’s department store. The trumped-up charges also included King being arrested a few days earlier for having an expired driver’s license. He was sentenced to a year on a chain gang at the state prison. The arrest had nothing to do with an expired driver’s license and everything to do with King’s civil rights leadership.

King’s first call that night went to his attorney, Donald Hollowell. Hollowell arrived at the jail early the following morning. “I’m here with a court order for the release of Dr. King,” he told the sheriff. “He ain’t here,” the sheriff grinned. “They took him to Reidsville State Prison last night.”

In the 1950s, Black attorneys were a rarity in the Deep South. As the civil rights movement gathered momentum, Hollowell’s brilliance, eloquence and unflappable demeanor placed him at the center of numerous cases. He had no chance of winning most of those cases, but he took them anyway. In a show of disrespect, white judges sometimes swiveled around in their chairs rather than acknowledge a Black attorney in their courtroom. Hollowell just kept arguing his cases.

Hollowell drove his old car to small towns across Georgia, defending those who could not afford his services. At lunch, he ate his baloney sandwich in his car in front of the courthouse because restaurants refused to serve him. Because he wasn’t welcome in hotels, some nights he slept in his car, and on others he stayed in the home of the local Black school principal, teacher, doctor or preacher.

On that October night in 1960, the state of Georgia had tried to kidnap the nation’s leading civil rights leader. At 4 a.m., King’s hands were chained, his feet shackled, and he was placed on his back in the rear of the sheriff’s van. With a German shepherd guarding him, King was driven 300 miles on bumpy backroads to the state prison in Reidsville.

When Hollowell learned of King’s relocation, he drove directly to Reidsville, but not before inviting national television and newspaper reporters to join him. The White House tuned in for the event. Hollowell walked boldly into the prison with his court order and walked out with his client. The case gave him hope and confidence.

Donald Hollowell successfully litigated the landmark case to integrate the University of Georgia in 1961. A year later, he again defended Martin Luther King and hundreds of others during the civil rights campaign in Albany, Georgia. He was the chief counsel in historic cases that desegregated the Atlanta public schools, enabled Blacks to ride desegregated buses and use public facilities, as well as other precedent-setting civil rights cases.

In 1966, President Lyndon Johnson appointed Hollowell as the first Black man to serve as the regional director of the Equal Opportunity Commission in Atlanta. He served in that capacity for a decade.

In 2002, the University of Georgia, the university Donald Hollowell had helped desegregate 40 years earlier, awarded him the honorary Doctor of Laws degree. When he died of a heart attack two years later, the 87-year-old civil rights foot soldier’s funeral was held at the Martin Luther King Jr. chapel at Morehouse College in Atlanta. Hundreds turned out to pay their respects to the civil rights hero whose bravery and brilliance helped change the course of history.