by peteblack4ua@gmail.com | May 20, 2021 | Finding Hope, Hanging on to Hope, Overcoming Adversity | 3 comments 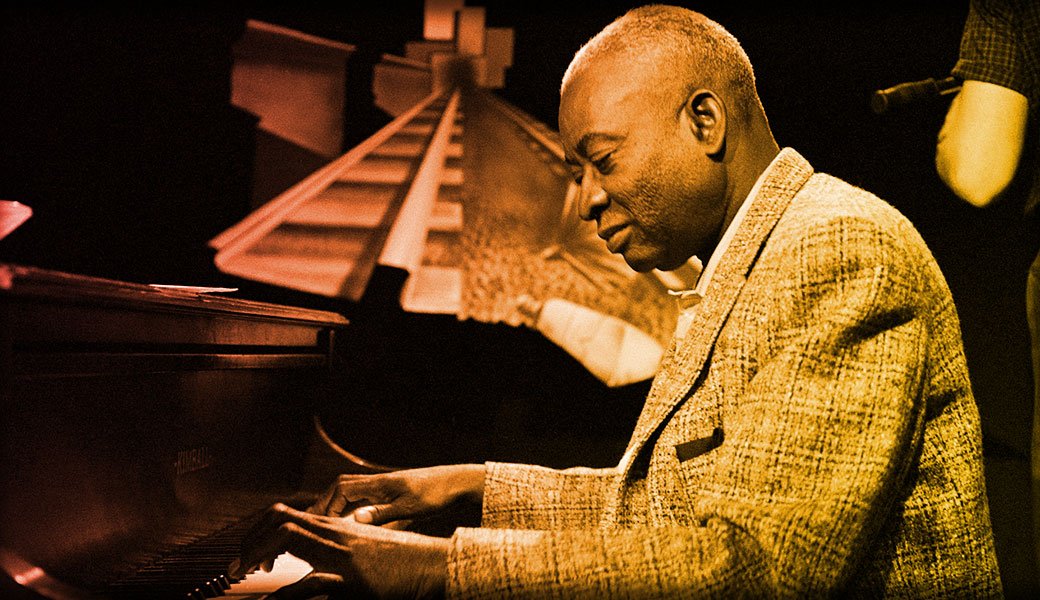 August 1932 – St. Louis, Missouri: Thomas stared at the telegram. His young wife Nettie, his rock and inspiration, had died during childbirth. He caught the first train home to Chicago only to discover the baby had died, too. Bitter and heartbroken, he assumed God was punishing him for the duel life he was leading.

The son of a Baptist preacher, Thomas Dorsey was raised in the Atlanta suburb of Villa Rica. His mother, the church organist, taught him to play the piano at an early age. When he was 13, to her disappointment, Dorsey dropped out of school, lied about his age, and began playing Blues piano in Atlanta bars and nightclubs. Three years later, he migrated to Chicago and got work in the clubs, saloons and bordellos.

In 1924, Dorsey got a big break and began playing with one of the country’s top blues bands, Ma Rainey and her Wild Cats Jazz Band. A year later, he married Nettie, who, like his mother, begged him to give up Blues and return to his religious music roots. Dorsey wasn’t interested. He was having too much fun and success.

However, in 1926, Dorsey plunged into a deep depression. Sometimes suicidal, he had trouble even playing the piano. The situation persisted for two years until a minister prayed for him in a church service. The depression lifted and Dorsey vowed to play only sacred music. The gifted songwriter combined two music genres, blues and Negro spirituals, to create a new kind of music. They called it gospel.

Although Dorsey’s music contained an upbeat message of hope, its hand-clapping and foot-stomping style was too radical for traditional Black churches. Many pastors referred to it as devil music. Dorsey printed his songs and went from church to church trying to sell the new genre, but the opposition was so fierce that he returned to the nightclubs and secular blues.

After Nettie’s tragic death, Dorsey resolved to leave his sinful ways in the honky-tonks and do the Lord’s work. A week after her death, he wrote his most famous song, “Take My Hand, Precious Lord.” He took the song as a sign from God and began writing sacred music. Dorsey said, “I sat down at the piano and something happened. I felt as though I could reach out and touch God. I found myself playing a melody, one I’d never heard or played, and the words came into my head. They just seemed to fall into place.”

In late 1932, Dorsey’s new music became the music of choice at the 3,000-member Pilgrim Baptist Church in Chicago. Not long after, Dorsey founded the National Convention of Gospel Choirs and Choruses. Then he and a friend started Dorsey House to publish the music and he traveled the country selling his new music and training singers and choirs

At the 1933 World’s Fair in Chicago, Pilgrim Baptist Church’s 600-member choir introduced Dorsey’s gospel music to the world. Six years later, Dorsey wrote the smash hit Peace in the Valley for Mahalia Jackson, later to be known as the queen of gospel music. Together in the 1940’s they ushered in the “Golden Age of Gospel.”

Thomas Dorsey remained the music director at Pilgrim Baptist Church for more than 50 years in addition to operating his gospel publishing company. At the time of his death in January 1993 at age 94, Dorsey, the father of gospel music, had written more than 1,000 gospel songs. He is the first African American to be inducted into the Gospel Music Hall of Fame.

Precious Lord has been recorded in 50 languages, and by such famous artists as Elvis Presley and Aretha Franklin. It was a favorite of Dr. Martin Luther King. Dorsey played the song for Dr. King on the eve of his assassination in Memphis in April 1968.