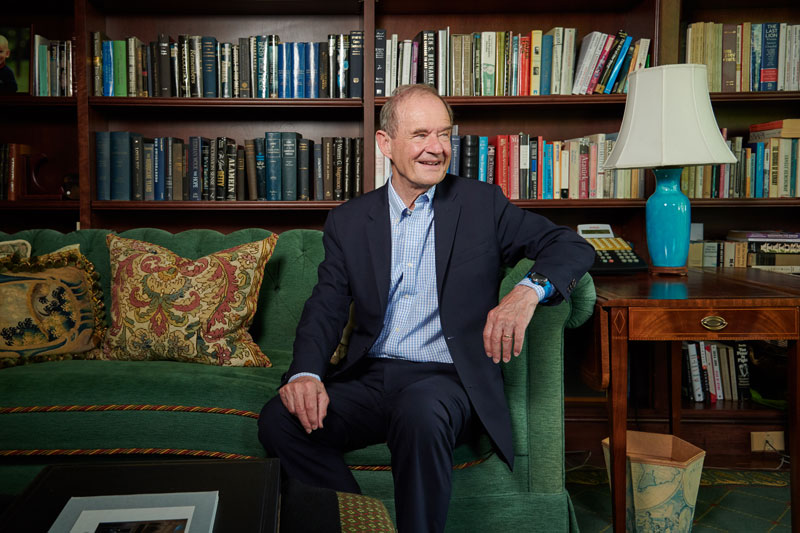 1947 – Sycamore, Illinois: Learning to read was a struggle for young David Boies, and it was exasperating and frustrating for his schoolteacher mother. Because he struggled, his mother assumed he was lazy. Instead of learning to read, David preferred to memorize verbatim the stories she read to him. He could not read until the third grade and his teachers labeled him stupid.

David was born in 1941 in Sycamore, a small farming community in northeast Illinois. Both his parents were schoolteachers. In 1954, the family moved to California and David graduated from Fullerton Union High School with less than stellar grades. Because of his poor grades and subpar reading skills, college was not on his radar. Instead, David got a construction job. He enjoyed the physical labor and being outdoors, and the money was good.

When 19-year-old David married Caryl Elwell, his new bride saw brilliance in him that he and others had failed to see. With her encouragement, David attended community college and surprised himself by making good grades. Then he enrolled at the University of Redlands, in Redlands, California, graduating in 1962.

With Caryl’s support, David took the law school admissions exam. He scored high enough to enroll at Northwestern University School of Law in Chicago. David was not the typical law student. Because of his poor reading skills, he skipped reading the long, tedious case studies and opted to memorize the short summaries of the cases.

David decided to avoid corporate law, which required reading voluminous documents and chose instead to become a trial lawyer to utilize his extraordinary listening and memory skills. He began his career at the prestigious Kravath Swaine & Moore law firm in New York City. His peers quickly recognized him as a brilliant, but unconventional trial lawyer. David occasionally mispronounced words. He preferred to use simple words and short sentences, making his points concise and easy for juries to understand. He memorized his courtroom speeches ahead of time.

While at Kravath, David handled high-profile lawsuits such as the U.S. Justice Department’s case to break up Bill Gates’ Microsoft Company. He represented the New York Yankees owner George Steinbrenner in his suit against Major League Baseball. In 1997, David left Kravath to start his own firm, Boies Schiller & Flexnor, headquartered in Armonk, New York.

In 2000, David represented Al Gore versus George Bush in the Florida ‘hanging chad’ lawsuit to decide the presidential election. For his work in this case, Time Magazine and the National Law Journal recognized him as their Lawyer of the Year. A decade later, he represented the National Basketball Players Association in the NBA player lockout.

Today at age 80, David Boies remains a highly sought-after trial lawyer, and his firm is ranked in the Top 20 in the U.S. in overall prestige. He is a brilliant, formidable opponent and a superstar in the courtroom.

It wasn’t until David had two dyslexic sons that he realized dyslexia was the cause of his lifelong struggle to read. By his own admission, he reads at about half the speed of the average reader, but his reading handicap doesn’t hold him back. It serves as a motivator for him.

David says of his reading ability, “If I could read faster, it would make a lot of things I do easier, there’s no doubt about that. But on the other hand, not being able to read a lot, I learn by listening and asking questions. One of my strengths is presenting cases that judges and jurors can understand.”

“We often make the mistake of associating reading with intelligence. The important thing is how a person processes that information, the kind of person we are and the contributions we make.”               David Boies