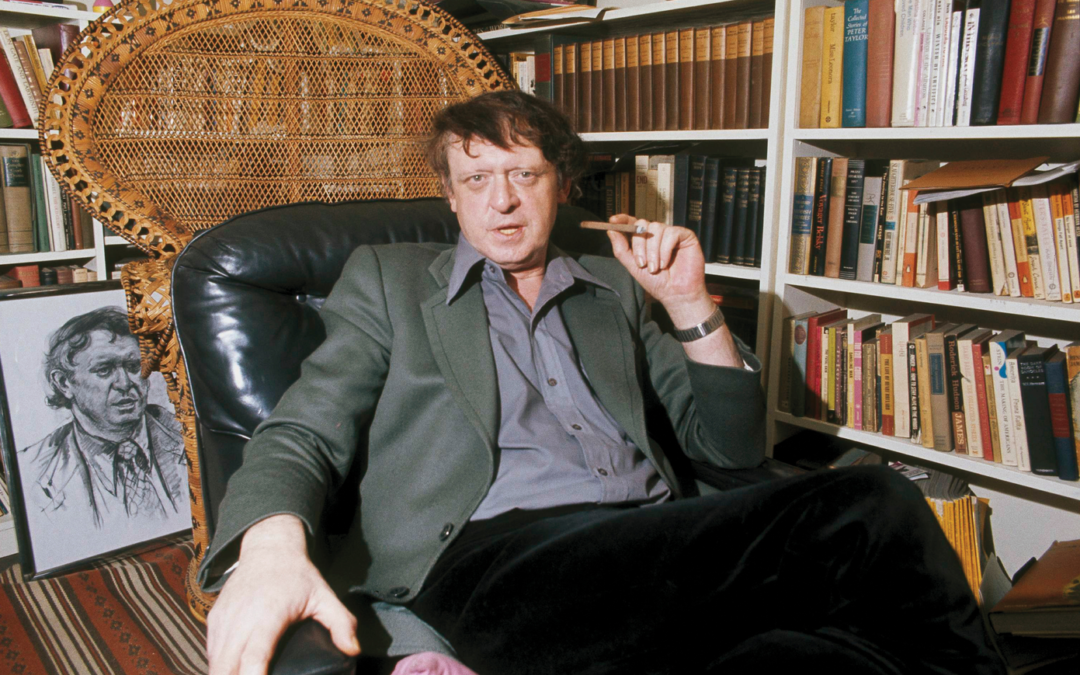 1959 – Kuala Kangsar, Malaysia: The headaches and fatigue had persisted for several months. Anthony Burgess blew it off as a mysterious tropical illness, but he finally agreed to his wife Lynne’s request to see a doctor. Now the 42-year-old English teacher sat stunned. A fatal brain tumor and less than a year to live were all he remembered the doctor saying.

Burgess was born in Manchester, England, in 1917, and grew up in bars where his mother danced, and his father played the piano and sang. He taught himself to play the piano and composed his first musical at age 18. After graduating with an English degree from Manchester University in 1940, Burgess taught English in high school. He married Lynne Jones in 1942 while serving as a teacher in the Royal British Army Educational Corps in Southeast Asia.

In 1954, the Burgesses moved to Kuala Kangsar, Malaysia, where Anthony worked for the British Colonial Service teaching English at Malay College. Two years later he published his first novel, Time for a Tiger. In late 1959, after experiencing severe headaches, Burgess collapsed in his classroom and agreed to see a doctor.

A few months after the brain tumor diagnosis, the British Colonial Service discharged Burgess. He and Lynne were flown back to England to get their affairs in order. Burgess worried about dying, but mostly he worried about Lynne. She had faithfully followed him to one of the most remote parts of the world. What would she do after his death? They had just scraped by on his teaching salary and the small revenue from his book sale. There was no retirement – no rainy day fund to weather this storm.

To provide for Lynne, Burgess decided to do the only thing he knew how to do – write. He plunged himself into his writing, hoping to create royalties for his widow. In 1960, the year in which he was supposed to die, Burgess wrote and published five novels. At the end of the year, his headaches and dizziness were gone. It was apparent he was not dying.

By the end of 1962, Burgess had published seven novels, including Earthly Powers, which received international acclaim and A Clockwork Orange, which was made into an award-winning movie a decade later. Fearing Burgess’ readers might associate his incredible output of books with mediocre quality, his publisher insisted that he publish under several pen names.

While continuing to churn out novels, Burgess began a career as a literary journalist and was a frequent contributor to magazine, television and radio programs. He received television credits for the movie Moses the Law Giver and Jesus of Nazareth. After a long illness, Lynne died of liver failure in March 1968. He had been her caregiver for the duration of her illness.

Burgess later remarried and moved to Monaco. During his career, he was a novelist, journalist, poet, screenwriter, broadcaster and musical composer. He wrote 33 novels, 25 non-fiction books, a two-volume autobiography, and more than 200 musical works, many for Broadway. A Clockwork Orange frequently appears on the 100 best books of all time lists.

A brain tumor diagnosis fueled Anthony Burgess to incredible writing success for many years. He left a literary legacy and enough royalties for several wives, including houses in London, Cambridge, Rome and Monaco. In his seventies, Burgess worked every day from 10 a.m. to 5 p.m. writing 1000 words a day.

In 1993, although dying from lung cancer, Burgess continued to write and compose music. He completed St. John’s Sonata on November 12 of that year and died 10 days later in London at age 76 – more than 34 years after his brain tumor diagnosis.

“Someday I hope you get the chance to live like you were dying.”    Tim McGraw