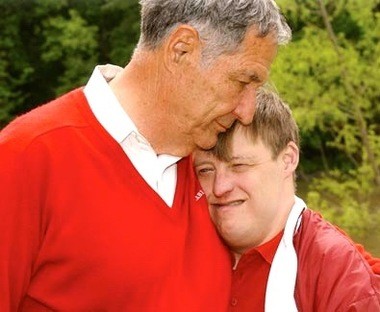 New Years Day, 1997 – Outback Bowl – Tampa, Florida: It had been a long, emotion-filled day for Alabama Head Football Coach Gene Stallings who had just coached his final college football game. His Crimson Tide team had earned a hard-fought 17-14 win over the University of Michigan.

The decision to leave the game after a 40-year coaching career was difficult, but Stallings was excited about returning to his ranch in Paris, Texas. After hundreds of farewell handshakes and pats on the back from players, coaches and fans, Stallings was anxious to leave the stadium. He boarded the team bus and took his customary seat on the front row.

After several minute of waiting, Stallings turned to his administrative assistant, Gerald Jack, and asked what was causing the delay. “Coach, do you really want to know?” asked Jack. Stallings, irritated, snapped back, “Yes, of course, I want to know.” Jack whispered, “Coach, Johnny is still signing autographs.” Stallings chuckled, “I guess we can wait a little while longer.”

John Mark “Johnny” Stallings was born at Tuscaloosa’s Druid City Hospital on June 11, 1962. Stallings, a defensive assistant for Alabama football coach Bear Bryant at the time, had two daughters and he was excited to finally have his little football player. “We’ve got the boy, Coach Bryant,” Stallings proudly shouted into the hospital payphone.

The next day the doctor informed Gene and wife, Ruth Ann, that their baby had Down syndrome. When Stallings heard the diagnosis, he fainted in the hospital hallway. He had imagined his son being a star football player like his daddy had been at Texas A&M. Gene and Ruth Ann agonized about what they should do.

The doctors advised the Stallings to follow the accepted practice and institutionalize their baby. Friends were concerned that keeping their son at home might adversely affect Stallings’ coaching career. However, Gene and Ruth Ann decided to raise Johnny like any other little boy. As Stallings’ coaching career progressed, Johnny became his special little buddy and ever-present companion. He rarely missed a football practice or a game.

Stallings’ career took him from Alabama to Texas A&M, to the Dallas Cowboys, the St. Louis Cardinals and finally back to the University of Alabama. Johnny especially loved Alabama football. He stood proudly by his dad on the sidelines in New Orleans when Alabama beat the University of Miami 34-13 to win the National Championship in 1992.

Gene, Ruth Ann and Johnny moved back to Paris, Texas in 1997. With Johnny as his helper, Stallings worked long days on his ranch. Johnny also worked at the local funeral home where families frequently requested that he assist with their funerals because of his caring and concern. Johnny loved everybody and everybody loved Johnny.

Coach Stallings always hoped that Johnny, who suffered from congenital heart problems often associated with Down syndrome, would out live the old coach, but that wasn’t the case. John Mark Stallings died on August 2, 2008 at age 46.

“I won a National Championship and coached in a Super Bowl, but Johnny was about as popular as I was,” Stallings said of his beloved son. “That’s pretty good for a guy who struggled to walk, kick a ball and couldn’t count to ten. So when I coached, I had a lot less tolerance for the gifted athlete and a whole lot more tolerance for the players who weren’t quite as gifted, for the players who struggled.”

The University of Alabama honored John Mark Stallings by naming the football complex equipment room in his honor. Johnny loved to spend time helping the training staff. There have been many coaches, players, team physicians and trainers who could have been honored in this way, but it is Johnny who will always be remembered for his love of the Alabama football program.