by peteblack4ua@gmail.com | Sep 7, 2020 | Adversity, Against the Odds, Rising Above Circumstances | 4 comments 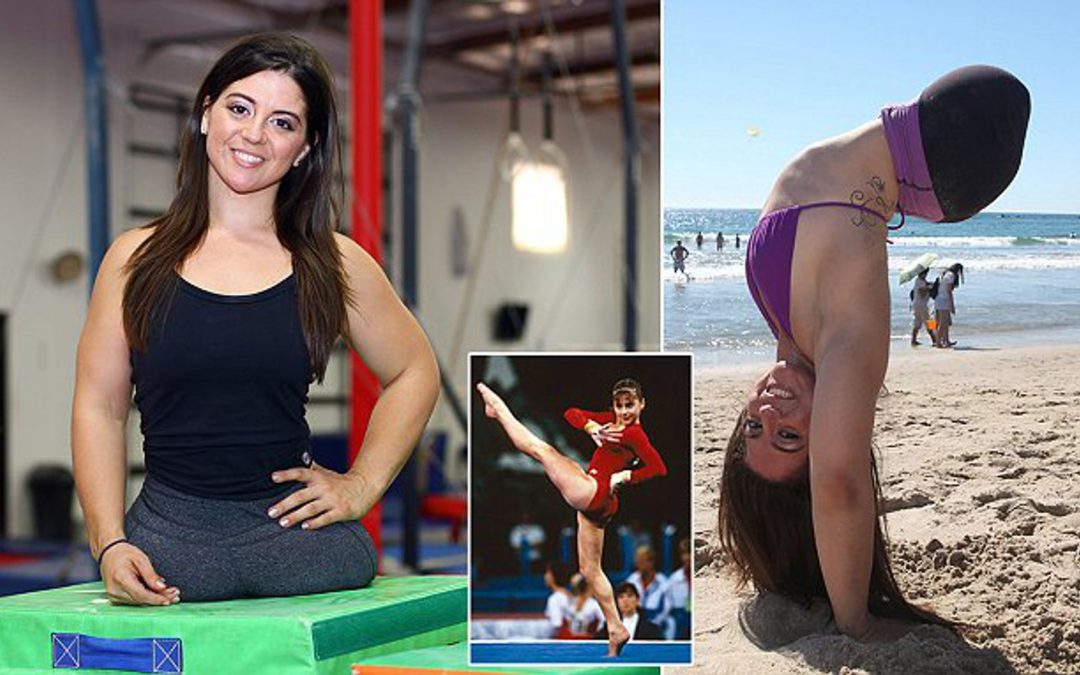 October 1, 1987 – Salem Hospital – Salem, Illinois: The baby was born without legs. Her Romanian-immigrant parents were shocked and overwhelmed. There was no money or insurance to raise a handicapped child, so they abandoned the baby in the hospital. The following day, she was placed in a foster home.

About 75 miles away in tiny Hardenville, Illinois, population 80, Gerald and Sharon Bricker, hard-working, blue-collar, church-going folks had three boys ages 14, 12 and 10. After the boys, Sharon was unable to have more children. She never got the little girl she always wanted, but she never stopped praying.

Three months after the baby was born in Salem, Sharon heard from a friend that she was on an adoption list. Sharon knew this was her baby. It didn’t matter that she had no legs. Gerald and Sharon adopted the baby sight unseen. In their eyes she was perfect, and they named her Jennifer.

The Brickers chose not to dwell on the fact that their baby had no legs. They raised her like a normal child. With three older brothers, Jen became a tomboy. She was the catcher on her 7-year-old softball team and ran the bases on her hands faster than most of her teammates ran on two legs. She played basketball and volleyball, but her love was trampolines and tumbling.

In July 1996, the Brickers watched the U.S. Olympic gymnastics team win the gold medal in Atlanta. Jen was fascinated with 14-year-old gymnast Dominique Moceanu, the youngest American gymnast ever to win a gold medal. Jen learned that Dominique was also Romanian. Her brothers joked that Jen and Dominique looked alike, both with dark hair and big brown eyes.

Inspired by Dominique, 8-year-old Jen became obsessed with gymnastics. Her mother drove her to a gym miles away. Competing against girls with legs, at age 10, Jen won 4th place in the AAU Junior Olympics in Hampton, Virginia. A year later, she won the Illinois power tumbling championship and the U.S. Tumbling Association awarded her their inspiration award.

While watching Dominique Moceanu perform in the 1996 Olympics, Sharon Bricker suspected that the gymnast might be related to Jennifer. First, she noticed the remarkable resemblance between the two girls. Then she checked Jen’s adoption papers and the name Moceanu was on Jen’s birth certificate.  Further checking revealed that Dominique Moceanu was Jen’s biological sister. Concerned about complications the news might cause, Sharon chose to wait until Jen was older and interested before telling her.

Eight years after the Olympics, 16-year-old Jen asked her mother about her biological parents. Sharon Bricker sat her down and told her, “Your biological last name was Moceanu.”  Jen had sometimes wondered about the possibility, but the news was overwhelming. Her idol, whose poster was on her bedroom wall, was her biological big sister.

A few months later when Jen called her birth mother she was blunt. “Did you give up a baby girl for adoption in 1987?” At this question, the woman burst into tears. In her broken English, she shared the circumstances. Subsequent calls from Jen to her birth mother were never answered, so Jen summoned the courage to phone Dominique Moceanu. The Olympic champion was shocked and angry with her parents for hiding the truth from her. Living in Cincinnati and expecting her first child, she needed time to process the news.

It took four years for the sisters to finally reunite, but in May 2008, Jen Bricker flew to Ohio for an emotional meeting with Dominique Moceanu. By then, Jen was living in Orlando and working for Disney World. The sisters kept the information private until Dominique’s book Off Balance was published in 2012.

Today, 27-year-old Jen Bricker lives in Los Angeles. She is one of the star performers in an acrobatic and aerial show. She tours the world, often performing in front of 20,000 people, inspiring audiences with what is possible.

“God put me in the right home. ‘Can’t was a four-letter word that my parents would not let me use. They taught me that everything is possible.”    Jennifer Bricker