by peteblack4ua@gmail.com | Jul 19, 2021 | Chasing Your Dream, Determination Despite the Odds, Rising Above Circumstances | 3 comments 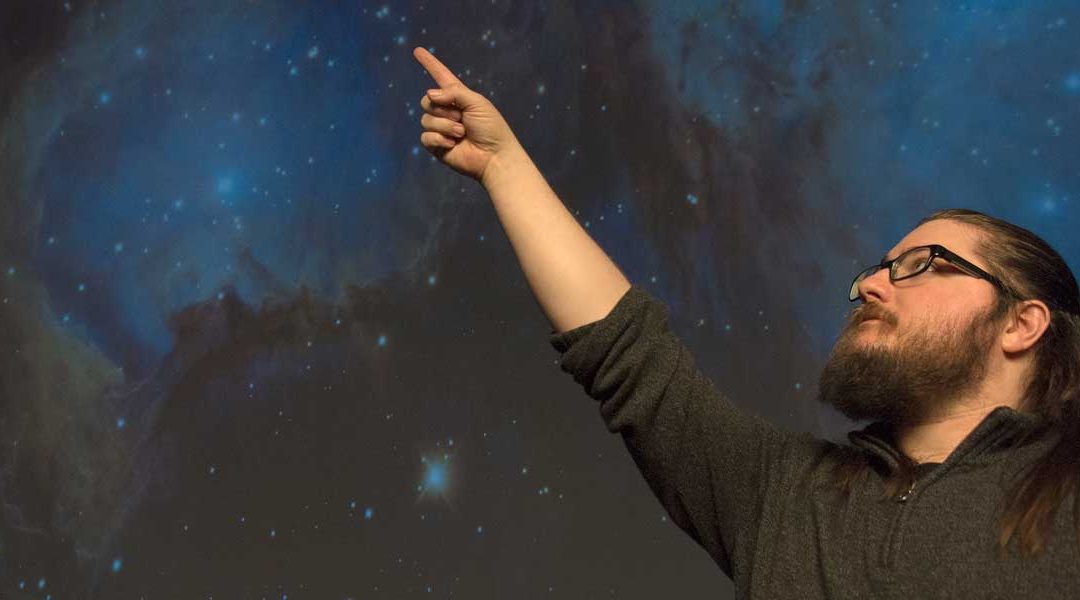 Summer 2011 – Radford, Virginia: Josh received the admissions letter from Radford University physics department chairman Dr. Rhett Herman with the news he would not be able to enroll in physics. Josh had never taken high school trigonometry, a prerequisite for a calculus course he needed. He was discouraged. Maybe a physics degree was a pipe dream for a 28-year-old security guard with a tenth-grade math education.

Josh Carroll grew up in Blacksburg, Virginia. As a kid, he loved space and science. When an elementary school teacher asked the class to draw themselves after high school, Josh drew a picture of himself in a lab coat with a beaker and a telescope. As a teen, because there were several military veterans in his family, Josh thought he might join the Army someday. In September 2001, as the ninth-grader watched planes fly into the World Trade Center, he made up his mind.

Josh enlisted in the Army during his junior year at Blacksburg High School and went to basic training that summer. Then he decided to forego his senior year and dropped out of school. In 2007, Josh shipped off to Iraq as part of an infantry platoon. After a one-year deployment, he joined a local National Guard unit in Blacksburg and found a job as a high school janitor.

One night while browsing books in the library science section, Josh discovered a little gold book entitled A Brief History of Time by Stephen Hawking, the pre-imminent theoretical physicists in the world. Josh was fascinated by Hawking’s ability to articulate the math of space and time – the math of the universe. Each night Josh rushed through his janitorial duties to read more of the book.

In his old high school library, Josh rediscovered his early love for space and science. Maybe he would become a physicist and study the stars. But he had to honor his military obligation first, which included two additional tours of duty in the Middle East. Along the way, Josh got his GED. He returned from his third deployment in 2011, depressed, battling PTSD and needing direction in his life.

At age 25, Josh found a job working a 12-hour night shift as a security guard and enrolled at New River Community College. Having decided that he didn’t have the math background to become Stephen Hawking, Josh opted for a general studies curriculum. After earning an associate’s degree, he applied to Radford University in Radford, Virginia.

At the last minute, Josh decided to enroll in physics, which prompted the letter from Dr. Herman. Josh wasn’t even sure what a trigonometry course involved, but he wasn’t going to give up that easily. A month before fall classes started, Josh drove to Radford and met with Herman pleading with the professor to make an exception and let him skip trigonometry. Herman balked. Josh asked, “What if I learn trigonometry before classes start?” Herman shook his head, “Son, that’s very difficult to do in just four weeks, but it’s your calculus grade.” Herman agreed to let Josh enroll in Calculus I.

On the night shift, while his fellow guards worked crossword puzzles or dozed, Josh studied trigonometry. While sitting in his car between security rounds, he taught himself the sine, cosign and tangent of various angles. He used his iPhone to pour over lessons that he found through the Khan Academy on YouTube. When classes began, Josh was terrified that he would fail calculus, but by solving additional problems found on the Internet, Josh made an A. And he got A’s in Calculus 2, 3 and 4 and differential equations, too.

Studying math on YouTube changed Josh’s life. He received his B.S. in Physics at age 30, graduating second in his physics class. Today, Josh works as a physicist at Booz Allen, a global engineering consulting company in Salt Lake, Utah. He applies differential equations in fluid flow design projects. At night, Josh is a graduate student in advanced math at the University of Utah in Salt Lake.