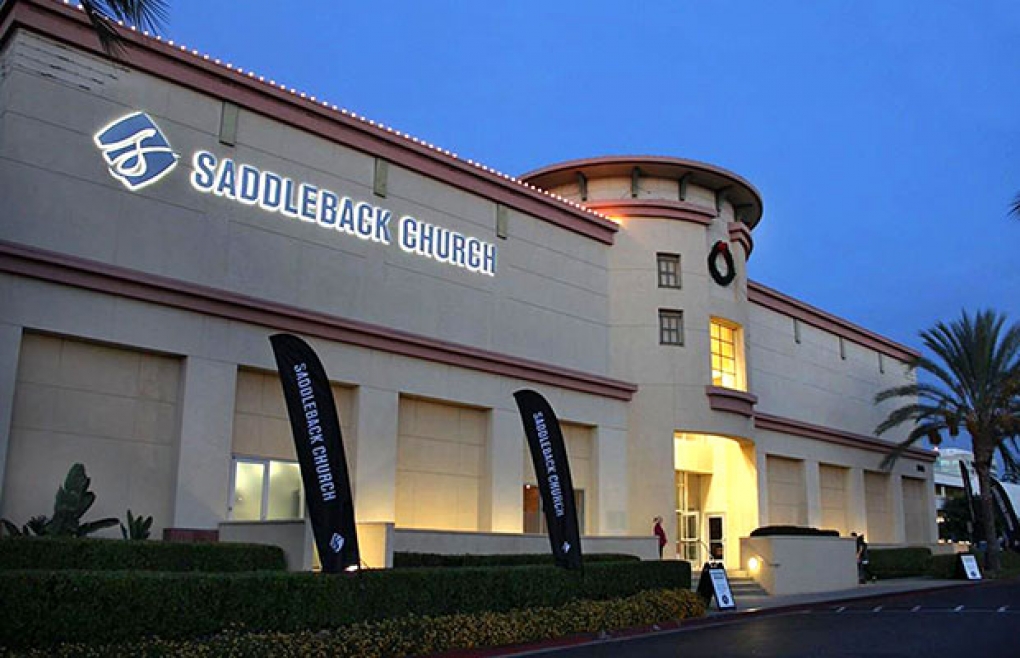 “If your dreams don’t scare you, they are not big enough.”      Richard Branson

Easter Sunday – 1980 – Laguna Hills, California: Rick shared his dream for the new church with the 60 people gathered at Laguna Hills High School. “It is my dream that Saddleback Church will be a church on 50 acres with 20,000 members,” he began. “That we will be a church where the hurting can find acceptance and encouragement, a church that will send hundreds on mission projects worldwide and a church that will start at least one new church a year.”

It was a bold dream for a 25-year-old pastor whose small flock had been meeting in his apartment. People laughed. Rick laughed. Land in Orange County was much too expensive for a church to purchase. But Rick was confident of the dream God had given him.

Rick Warren grew up in San Jose, California, where his father was a southern Baptist preacher, and his mother was a high school librarian. He earned a BA degree from California Baptist University. He received a Master of Divinity from Southwestern Baptist Theological Seminary in Dallas, Texas, in 1979 before heading back to California.

In December 1979, Kay and Rick Warren arrived in the Saddleback Valley with $35 in their bank account, what little furniture they owned in a small U-Haul truck and a big dream to start a church. They chose the Saddleback Valley because the area had many young families who had no interest in going to church.

The Sunday after Rick shared his dream, more than 200 people came to the new church. They met at Laguna Hills High until 1985 when they ran out of room. At that point, Saddleback moved 10 miles to the bigger Trabuco Hills High School gymnasium. The church grew to 5,000 members in multiple services on Saturday and Sunday.

In 1992, the church paid cash for a 72-acre property in Lake Forest, California. On a Sunday in December the entire church marched two miles to the new property. Rick insisted the church focus on growing people and ministries, not buildings. Hence the church erected a 2,300-seat plastic tent as the worship center for their four weekend services.

In 1995, more than 15 years after Saddleback began, and had a weekly attendance of 10,000, the church finally built its first permanent building, a worship center with a capacity of 3,500. Other buildings were completed on the campus during the next few years.

In 2002, Rick mailed a book manuscript to several publishers. One responded, “This book will never work. Nobody’s going to read 40 chapters.” He later framed the letter and put it on his office wall. Despite numerous rejections, Rick persisted. When the book was finally published, The Purpose Driven Life was a runaway bestseller, and it has sold more than 50 million copies in 85 languages.

Rick and Kaye didn’t change their lifestyle, despite the huge profits from book sales – no new car and no new house. But Rick did stop taking a salary from Saddleback. And he calculated what the church had paid him during the time he had served as pastor and he wrote a check to the church for that amount.

In the 42 years since Rick Warren stood before a small gathering of friends and family, Saddleback Community Church has surpassed the young pastor’s dreams. It is now the sixth largest church in America with more than 24,000 members on 19 campuses across southern California and internationally. Rick has trained more than 200,000 church leaders and Saddleback’s mission teams have ministered in more than 100 countries and started 4,400 churches.

“I was confident in verbalizing these dreams for Saddleback Church,” says Rick about that first Easter Sunday message. “Why? Because they were inspired by God. That doesn’t mean I wasn’t scared to death and that there weren’t frustrating periods!”

Today, the Warrens live on 10% of The Purpose Driven Life proceeds and they give 90% of their income to three foundations they created. The Warrens drive a ford, shop at Wal-Mart and live in the same house they always did. They continue to live out the dream that God gave them all those years ago.