by peteblack4ua@gmail.com | Jan 25, 2022 | Chasing Your Dream, Hanging on to Hope, Limitless Possibilities, Never Give Up | 2 comments 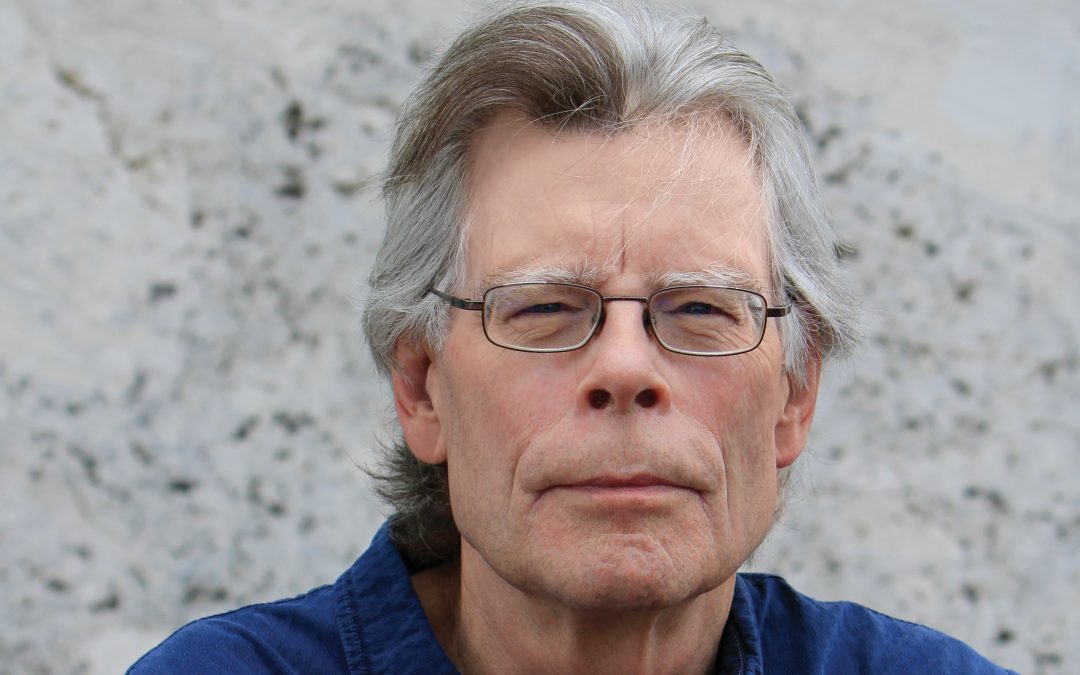 1972 – Hampden, Maine: Tabitha was emptying the wastebasket when she found Stephen’s three wadded-up typewritten pages. After knocking off the cigarette ashes and smoothing out the pages, she began to read. It was good, and she wondered how the story ended. Tabitha was keenly aware that her 26-year-old husband was depressed and doubting himself as a writer. When he got home from his janitor job, she handed the crumpled pages to him and encouraged him to finish the story.

Stephen King was born in Portland, Maine, in 1947. His father left to buy a pack of cigarettes when Stephen was two-years-old and never returned, leaving his mother to raise Stephen and an older brother. She worked in the kitchen of a mental hospital to support them. While exploring in the attic as a young boy, Stephen found one of his dad’s books, a paperback collection of horror fiction short stories by H. P. Lovecraft.

The short stories had such an emotional impact on him that he later recalled, “I knew that I had found my love when I read that book.” At age 12, Stephen submitted his first short story to a magazine, and he was published for the first time as a high school senior when Comics Review Magazine ran a story he had written.

In 1966, Stephen enrolled at the University of Maine. During his sophomore year, he started writing a column in the school newspaper. Stephen earned a degree in English in 1970 and married Tabitha Spruce a few months later. Unable to land a teaching job, he took a job as a janitor and also worked in an industrial laundry. Living in an old mobile home and struggling to make ends meet, Stephen wrote short stories at night and on weekends. He continued to send stories to magazines and occasionally got paid for one.

On the night that Tabitha confronted Stephen with the wadded-up pages, he complained that he would not waste his time on another story that didn’t sell. “Besides, he said, “I don’t know anything about writing about high school girls.” Tabitha promised to help him if he would finish the manuscript.

On Mother’s Day 1973, a call from Double Day Publishing changed Stephen and Tabitha’s life. They were advanced $2,500 and Stephen’s novel Carrie was released on April 5, 1974, with an initial printing of 30,000 copies. The paperback sold more than four million copies.

With the success of Carrie, Stephen was able to devote himself to a full-time writing career. He followed up with three novels – Salem’s Lot (1975), The Shining (1977), The Stand (1978), all of which enjoyed success. In 1977, Stephen joined the faculty at the University of Maine as a creative writing professor.

Stephen King is the first author to have five books simultaneously on the New York Times bestseller list. He has published 63 novels with sales of more than 350 million copies. More than 40 of his books and short stories have been adapted for movies and TV.

Today Stephen and Tabitha, also a writer, divide their time between Maine and Florida. They have three children, two of whom are writers. Stephen writes four to six hours each day. His quota is 2,000 words per day and he writes until he reaches his target.