by peteblack4ua@gmail.com | Aug 17, 2021 | Against the Odds, Limitless Possibilities, Never Give Up | 6 comments 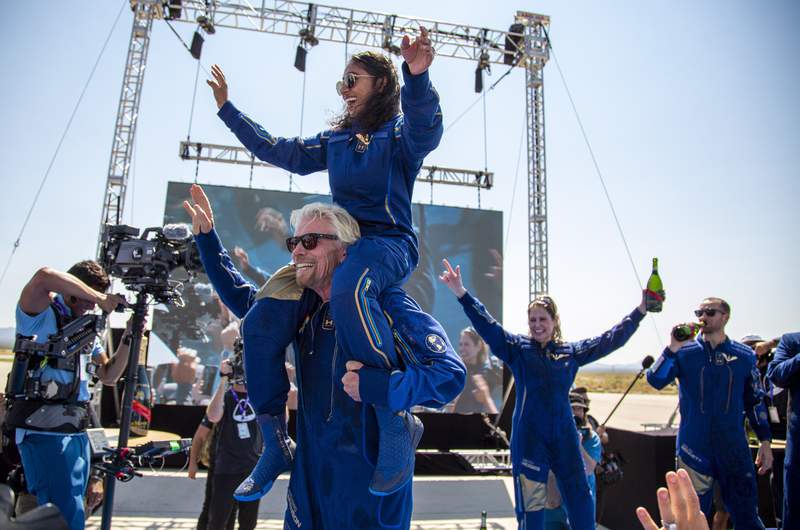 1965 – Blackheath, England: Richard couldn’t read until he was 8. He found school boring. A high school teacher once wrote on his report card, “Richard tries very hard but has great difficulty in understanding the simplest mathematical process or in retaining any new topic covered.” Thinking a different school might produce better results, Richard’s parents enrolled him in Stowe School, a prep school in Buckinghamshire, England.

Richard excelled in soccer and rugby, but school was not his forte. At age 17, he decided to drop out of Stowe, at which point the headmaster called him to his office. “Well, good luck Richard,” he said. “You will either end up going to prison or becoming a millionaire.”

Richard Branson was born in 1950 in Blackheath, a suburb of London. His grandfather and father were attorneys and his mother was a flight attendant. He was raised to color outside the lines, to explore his boundaries, to believe he could change the world. When Branson was 12, his mother let him ride his bicycle 50 miles to another town to visit a cousin.

At age 16, Branson’s first business venture was a newspaper called Student, which he organized to protest the Vietnam War. His first edition sold 30,000 copies. The newspaper grew to 100,000 copies before he sold it a few years later. At age 20, Branson started Virgin Records, enabling customers to mail order records at a discount prices. The business grew to be the largest record company in England.

In 1983, 33-year-old Branson was returning from vacation in the Virgin Islands when his flight was canceled, requiring him to charter a plane to make a business meeting. Already disillusioned with the quality of air travel, Branson used his music business as collateral and borrowed money to start Virgin Atlantic Airlines. He started with one old Boeing 747 jumbo jet that flew between London and New York City. On its inaugural flight, birds were sucked into an engine forcing the plane to return to London.

Disappointed, and a bit embarrassed, Branson returned home from the ill-fated flight to find a bank representative sitting on his doorstep. The bank was concerned about Branson’s risk-taking behavior, his longhair and unorthodox clothes. They planned to close Virgin Records the following week unless the loan was paid off. Branson ordered the bank rep off his property and spent the weekend calling record distributors to line up loans. By the following Friday, he had changed banks to Lloyds of London, who loaned him 30 times his original line of credit.

Although British Airways made repeated attempts to drive the upstart airline out of business, Virgin Atlantic survived. In 1991, the company bought eight more Boeing 747’s and added routes to Tokyo and Los Angeles. Two years later, Branson sued British Airways for libel and settled for 500 million pounds. Instead of putting the money in the bank and retiring, Branson used it to create more companies.

On Sunday morning, July 11, 2021, Virgin Galactic made history. With CEO Richard Branson strapped in the rocket, they completed the world’s first space tourism flight. At 57 miles above the New Mexico desert, Branson and three fellow passengers experienced weightlessness and enjoyed the panoramic views before gliding safely back to earth.

The headmaster’s prediction was partially right – Richard is not a millionaire. He’s a billionaire. “I was never interested in being a businessperson or making money,” Branson says. “My parents raised me with a responsibility to make a difference in the world.” At age 70, he continues to do just that.