by peteblack4ua@gmail.com | Aug 26, 2019 | Adversity, Courage Under Fire, Determination Despite the Odds | 3 comments 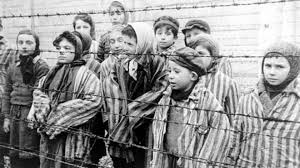 September 25, 1942 – Vienna, Austria:They came and arrested his family. Like cattle, he, his wife, brother, and parents were loaded so tightly on a rail car that they could not sit down. People took turns squatting in the urine and feces for two days until the train finally stopped. The family’s worst fears were confirmed; their destination was the Nazi concentration camp in Thereisienstadt, Czechoslovakia.

Viktor Frankl was born in March 1905, into a Jewish family in Vienna. His father was the minister of social services and his mother the daughter of a Rabbi. After high school, Viktor attended medical school at the University of Vienna, where he specialized in neurology and psychiatry, earning a doctorate in psychiatry. In 1937, he established his own medical practice in psychiatry.

Following their arrest in September 1942, the Frankl family was imprisoned at Thereisienstadt for two years. In October 1944, Victor’s 82-year old father died from starvation and the other four family members were packed into rail cars and shipped out. Two days later, the train finally arrived at the dreaded Auschwitz death camp. Through the rail car slats, Viktor saw the stacks of the crematoriums and smelled the odor of human flesh burning.

At Auschwitz, the daily rations were even smaller than at Thereisienstadt – eight ounces of bread and a bowl of watery soup was the typical day’s fare. The camp utilized prisoners as experimental lab rats or factory workers and then exterminated those who did not die from hard labor and starvation.

After several months in this environment, prisoners no longer felt horror, disgust, or pity for each other. Corpses were not thought of as humans, but as opportunities to get shoes, coats or uniforms. Viktor’s brother died there and his mother was exterminated in the gas chamber. Unbeknownst to him, his wife Tilly was transferred to the Bergen-Belsen camp, where she later died.

In March 1945, Viktor was transferred to the infamous Dachau prison camp and assigned to work as a physician. In this capacity, he saw first-hand the power of the human will to live. He observed that those prisoners who lost their reason to live died quickly, usually within a few days.

Viktor’s reason for surviving was his love for Tilly. At Auschwitz, when forced to march for miles in the snow to work, he thought of Tilly – he could see her smile, hear her laughter. He came to understand that a man who has a purpose to live could endure almost anything. The cruel Nazi guards stripped prisoners of their clothes and material possessions, but they could not take away their freedom to choose their attitude about the circumstances.

In April 1945, Viktor Frankl was liberated from Dachau. During the three years, prisoner No.119104 survived four Nazi concentration camps. He returned to Vienna and learned that Tilly had died in a camp. During a nine-day period a few months after his liberation, Viktor wrote Man’s Search for Meaning about his experience in the concentration camps.

There, Viktor discovered the importance of finding meaning in all circumstances, even the most brutal ones. He found his reason to keep on living.The Library of Congress has designated the book as one of the top ten most influential books in history, with more than 12 million copies sold in 24 different languages.

In 1946, Viktor became head of the Vienna Neurology Clinic. In 1955, he accepted a professorship at the University of Vienna and traveled worldwide sharing his story in more than 200 universities. During his post-war career, he went on to write 32 books before he died from a heart attack at age 97. Today Viktor Frankl’s powerful message continues to inspire people worldwide as they search for meaning in life.