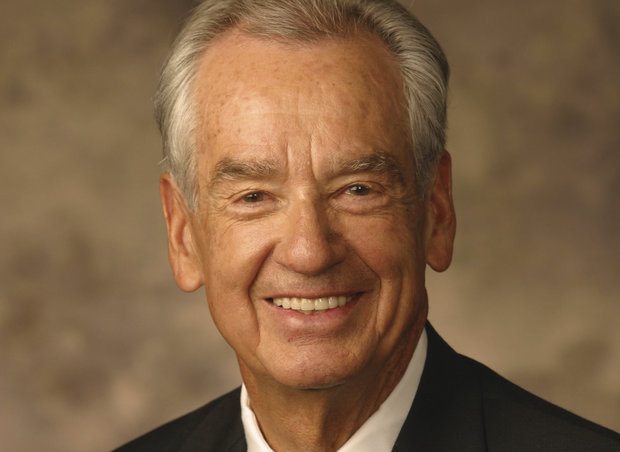 November 16, 1926 – Farm in Coffee County, Alabama: After trying to resuscitate the premature baby boy, the doctor shook his head and placed the lifeless body on the table. The baby’s grandmother walked over, picked up the 10-day-old infant, and quietly pleaded and prayed for his life. The baby revived in her arms. The family knew that Hilary Hinton Ziglar, the 10thof 12 children, was going to be special. They affectionately called him Zig.

In 1932 the family was living on a farm in Yazoo City, Mississippi, when John Ziglar died of a stroke leaving his wife Lila to raise a dozen children during the Great Depression. Zig learned early about hard work and he learned from his mother to never quit despite the odds.

Zig dreamed of becoming a Navy pilot, but in 1946 while working his way through the University of South Carolina, he gave up his dream and dropped out to marry Jean. They moved to Lancaster, South Carolina, and Zig went to work selling cookware for the Wear Ever Aluminum Company. Selling pots and pans on commission was not a job for the faint-hearted. The Ziglars were familiar with having their power turned off and their phone disconnected.

In his late 20’s, Zig was selling door-to-door and still hoping to be special. He knew it wasn’t to be found in pots and pans. On a Tuesday night in 1953 at a seminar in Florence, South Carolina, Zig discovered his passion after listening to motivational speaker, Bob Hale, talk about the power of positive. Zig rushed home to wake his wife Jean. “Motivational speaking,” Zig exclaimed, “That’s what I want to do. Bob Hale actually got paid for speaking. I can do that!” She yawned, “That’s nice, honey.”

Zig started reading sales and motivational books. He won sales awards and received several promotions. He became a cookware sales executive but still dreamed of being a motivational speaker. Zig spoke at every opportunity – Rotary, Kiwanis, schools and churches. He gave thousands of talks before he ever got paid for one.

In 1968, Zig moved his family to Dallas, Texas, and went to work as training director for an automotive company. Unfortunately the business went bankrupt two years later so he decided to start his own motivational company, the Zig Ziglar Corporation. Zig’s brand of motivation, roll-up-your-sleeves and get-to-work, peppered with witticisms learned from his mother like, The elevator to the top is out of order – you’ll have to take the stairs and If you aim at nothing you’ll hit it every time – was a tough sell for the unemployed executive.

Zig’s career break-through finally came eight years later at age 50. His book manuscript See You at the Top had been rejected 39 times, but in 1975 he persuaded Pelican Publishing to take a chance on the book. It sold two million copies and became a New York Times best seller. During the next three decades the Zig Ziglar Corporation became a multimillion-dollar business in Dallas. Presidents, prime ministers, and leaders of Fortune 500 companies sought out his motivational strategies.

Zig Ziglar logged more than five million miles in a 35-year speaking career. An estimated 250 million people around the world heard his positive message. He published more than two dozen books, most of which were best sellers that sold more than 30 million copies. The National Speakers Association inducted Zig into the Speakers Hall of Fame; an honor earned by a select few.

At 80 years old, Zig sustained a brain injury after falling down a flight of steps. Though the injury impaired his short-term memory, no one could talk him into retiring from his passion. Instead, he solicited his daughter to become his traveling companion and help with his memory loss. Zig encouraged audiences around the world until his death at age 86. “I’ll see you at the top,” he would say, and he did.

“Your attitude, not your aptitude, will determine your altitude.”       Zig Ziglar