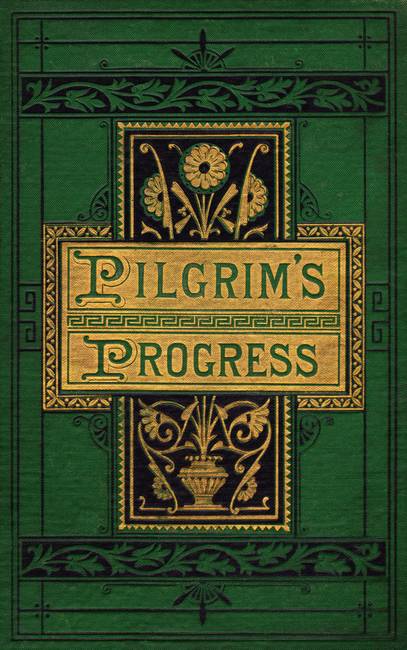 November 1660 – Bedford Prison, England: On a chilly afternoon, he watched a rat sniffing around in the corner of his cell, all the while feeling sorry for himself. His situation was unfair; he had been arrested for preaching without approval from the Church of England and had been sentenced to 12 years in Bedford Prison “for teaching men to worship God contrary to the law.” The stench from the filth was so overpowering that his wife Elizabeth dipped her handkerchief in perfume and kept it over her nose and mouth during her visits with him.

John Bunyon was born November 28, 1628, in Elstow, a small village about a mile outside Bedford, England. His father was a tinker – a maker and repairer of pots, pans, and utensils, and he supplemented his meager income with produce from their small farm. John Bunyan learned the tinker’s trade and as a lad pushed a small two-wheel cart through the streets selling pots and pans. Along the way, Bunyon received enough schooling to be able to read and write, a rare skill for children at that time in England’s history.

Bunyon renounced the Church of England and was baptized in a small Baptist church in Bedford. He was soon preaching, first privately, then publicly. He also began writing with his first published work a pamphlet entitled, “A Few Sighs from Hell.” His popularity as a preacher grew and by 1660, when King Charles II ascended to the English throne, Bunyon was Bedfordshire County’s most sought-after preacher.

King Charles, not one for religious tolerance, re-established a law that everyone had to belong to the Church of England and take communion at least three times a year. All other forms of worship were prohibited.

John Bunyon was arrested on November 12, 1660, while preaching at a farmhouse near Bedford. The local magistrate agreed to give him a light sentence of three months if he would agree, “to call the people no more together and go home and stay quiet.” However, when Bunyon informed the magistrate that he planned to go on preaching the 32-year old’s sentence was extended to 12 years.

Bedford prison, like all prisons in England in the mid-1600s, was a foul, dirty hole in the wall. Sanitation facilities were non-existent, the food was rank, prisoners slept on straw on the floor, and many died of typhus fever. A long jail sentence was generally a death sentence.

Elizabeth, left destitute to raise four children, pleaded her husband’s harsh sentence before the local magistrate, but to no avail. Her regular visits gave her husband the hope and strength needed to carry on. Despite being confined in a cruel and inescapable situation, it dawned on Bunyon that he could still preach and write – and he realized that he had more time to do both.

Joined in prison by other religious non-conformists, Bunyon turned to reading his Bible and preaching to his fellow prisoners. He got the idea to write the allegory, Pilgrim’s Progress, based on his struggles. He began a story about Christian, the main character, and his struggle to journey from the City of Destruction to the Celestial City.

Today, Pilgrim’s Progress is considered one of the most significant works in the history of English literature. In the almost 340 years since its publication, it has never been out of print, has been translated into over 200 languages, and is believed to be the second most printed book of all-time after the Bible. It’s an enduring literary classic that could only have been written by a soul that was refined by the fires of adversity.