by peteblack4ua@gmail.com | Jun 10, 2022 | Courage Under Fire, Determination Despite the Odds, Iron-willed | 3 comments 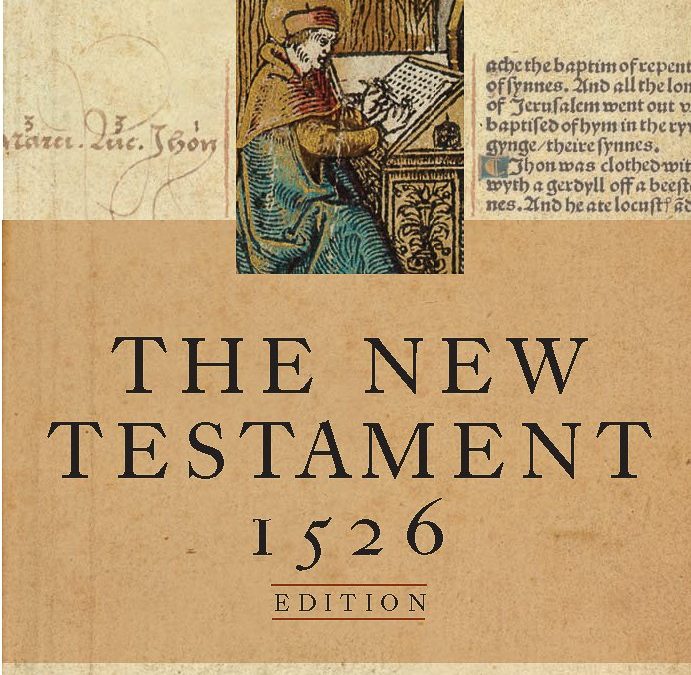 1401 A.D. London, England: King Henry IV declared that religious heretics would be burned at the stake. Seven years later, England’s official church, the Roman Catholic Church, used its influence to pass a law that made it a crime to translate the Bible into English. The Bible had been written and read in Latin for more than 11 centuries, and the church was determined to keep it that way.

Almost 100 years after King Henry’s decree, William Tyndale was born in Gloucester, England. A brilliant student, he earned a Bachelor of Arts and Master of Arts degrees from Oxford University. He mastered seven languages, including Latin, Hebrew, and Greek. While studying theology at Cambridge University, he took issue with the staunch religious teaching of the day. What he read in the Latin Bible did not align with what he read in the original Greek. Tyndale strongly opposed the idea of a man having to go through the Catholic church to have a relationship with God.

In 1522, after preaching for a few months at a church in the little town of Sodbury Manor, Tyndale was reprimanded by the church for heretical preaching. He was infuriated. He pleaded his case before the Catholic Bishop in London a few months later. Tyndale asked for approval to translate the Bible into English so his parishioners could understand it. The bishop sternly warned him it was against the law. Knowing full well the consequences of his decision, Tyndale went into hiding in London and began his Bible translation. It was a decision that would define his life and change the world.

A year later, Tyndale fled England and sought refuge in Cologne, Germany, where he printed the  first 3,000 copies of a partial English New Testament in the summer of 1525. The Bibles were wrapped in bales of cloth and smuggled into England. Catholic Cardinal Wolsey confiscated many of the copies and burned them at Paul’s Cross Church in London. Anyone caught in possession of a copy was excommunicated from the church.

According to the Catholic church, Tyndale had “profaned the hitherto undefiled majesty of holy scripture with cunning perversities and heretical depravity.” He was a hunted man with a bounty on his head. Tyndale fled to Wittenberg, Germany, where he met fellow religious heretic Martin Luther. A decade earlier, in October 1517, Luther had defiantly nailed his “95 Theses” on the Wittenberg Castle Church door.

In 1534 in Wittenberg, Tyndale finally printed a complete English Bible after a decade of translating. In England, King Henry VIII had broken away from the Catholic Church because the Church refused to grant him a divorce from Queen Catherine so he could marry Ann Boleyn. Henry proceeded to marry Boleyn over the Church’s strong objection.

Because the King had broken away from the church, Tyndale mistakenly assumed it was safe to come out of hiding. However, a few months later, he was arrested and put in prison. In October 1536, in a mock trial, William Tyndale was convicted of heresy and treason. After uttering his final words, “Lord, open the eyes of the King of England,” he burned at the stake in the prison courtyard.

Tyndale’s prayer was heard. Queen Ann Boleyn kept a copy of Tyndale’s English Bible in her chamber. She supported the importing of Tyndale’s Bibles into England and influenced the King to read Tyndale’s translation. Three years after Tyndale’s death, King Henry VIII commissioned the printing of “King Henry’s Great English Bible” and had a copy placed in each parish church.