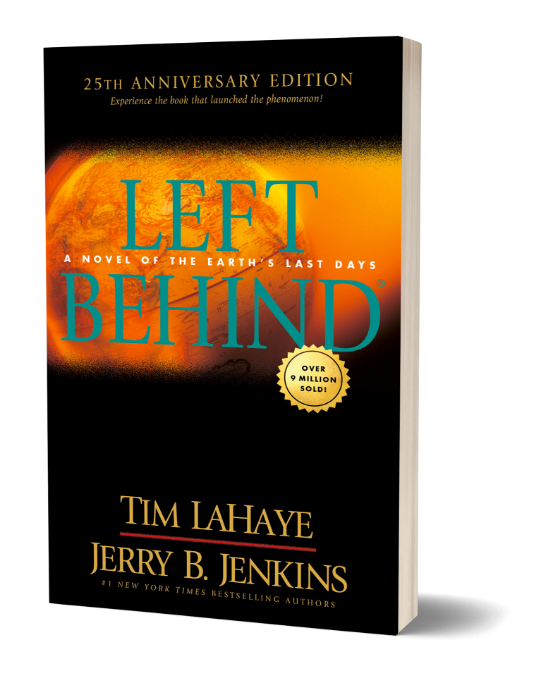 1968 – Kalamazoo, Michigan: At 19, Jerry Jenkins was a sportswriter for the local daily newspaper. He loved writing about sports, but he was ambitious. Jerry decided to submit an article for the features section. He worked on the story for a week before handing it, along with lots of pictures, to the newspaper editor. After a quick review of the story, the editor wrote in large red letters at the top of the page, “Great pictures. Bad story,” and handed it back to Jerry.

Jerry was crushed. He shared his hurt with the sports editor, who encouraged him to go see the editor. Jerry timidly approached the big boss, “Sir, can you tell me what’s wrong with my story?” “Sure, Jenkins, it’s crap.” But he didn’t say crap. Jerry staggered back to his cubicle.

He sat at his desk with his head in his hands. Maybe he wasn’t cut out for writing. He should quit. The sports editor gave him some advice, “Jerry, don’t quit. Rewrite the story and make it better.” Jerry stayed up late and re-submitted the story the next day. The editor loved it and Jerry Jenkins never forgot that life lesson.

His mother loved crossword puzzles and playing scrabble, and his father, an ex-Marine, was the family poet. Their love of words and reading had a big impact on Jerry. A sports fanatic, Jerry began reading the sports pages and Sports Illustrated as a young teen. He planned to be the sports editor of the Chicago Tribune by age 35.

But by 22, Jerry had dropped out of college, married Dianna and was attending the Moody Bible Institute in Chicago. He brought his newspaper sports writing experience to the Christian publishing world. Jerry dreamed of publishing a book.

In their tiny apartment, he wrote in the evenings on an old typewriter he placed on a 4-foot piece of plywood between two kitchen chairs. Each night between 9 p.m. and midnight, Jerry sat on the sofa and pursued his dream to become a published author.

Jerry was a disciplined, prolific writer. In 1971, at age 23, he published his first book The Night the Giant Rolled Over about an Indonesian earthquake. Over the next decade, he published 20 books, primarily biographies about sports heroes or Christian leaders. Then Jerry made the leap to fiction books. Meanwhile, at his day job, Jerry grew to be vice president of publishing at Moody and editor of Moody Magazine.

In 1994, Jerry was approached by Dr. Tim LaHaye, a pastor and bestselling author of Christian non-fiction books. LaHaye was a passenger on a commercial flight when he got an idea for a fiction novel about the rapture. He wanted Jerry, now a successful author of 125 books, to write the story while LaHaye provided the theological foundation.

Jerry was intrigued by the idea. After two weeks of writing, he called LaHaye and told him the story couldn’t be completed in a single novel. LaHaye agreed to additional books. On December 31, 1995, Jerry published Left Behind – A Novel of the Earth’s Last Days. The book became a New York Times bestseller. A year later, Jerry published Tribulation Force, the second book in the series. Between 1995 and 2007, Jerry Jenkins and Tim LaHaye published 16 novels in the Left Behind series. Seven of those books became bestsellers. The series has sold more than 60 million copies.

Today, Jerry and Dianna live in Colorado. Jerry has written more than 200 books, 21 of which have made the bestseller list. “Even more important to me than the number of books I wrote or the royalty checks I received, was the lives that were changed by the Left Behind series,” says Jerry. He received thousands of letters, calls and cards from readers. In 2003, Jerry published These Will Not Be Left Behind in which he captured the stories of more than 3,000 people who came to faith through reading the Left Behind series.