Nobody Ever Saw a Ballplayer Like This One – Monroe Journal – August 24, 2014 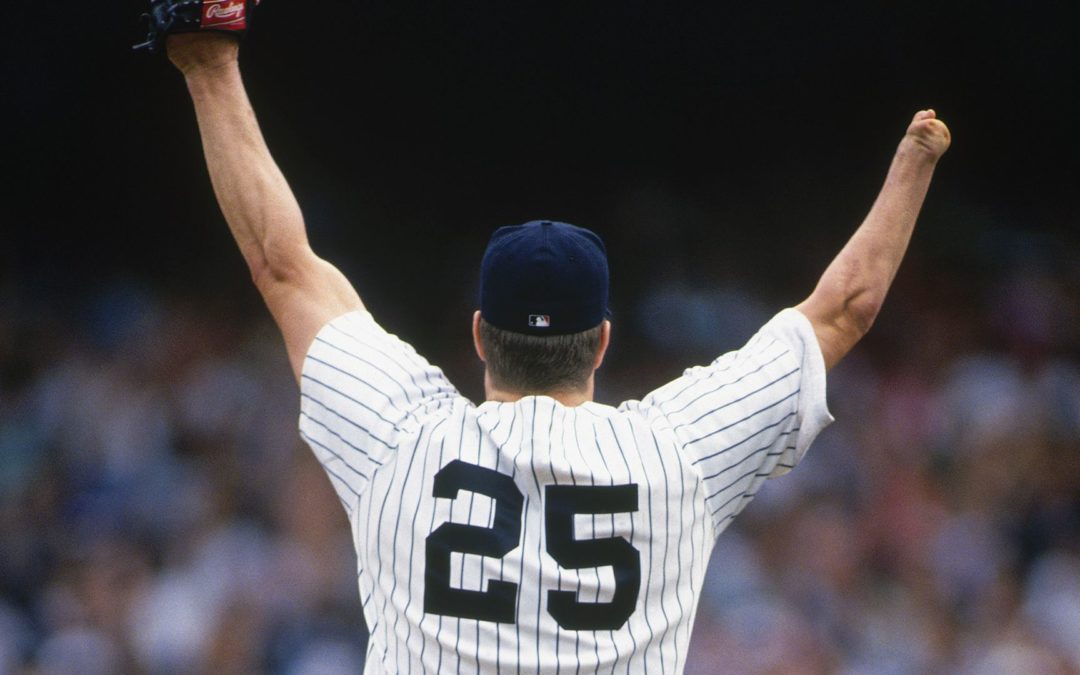 September 4, 1993 – Yankee Stadium – Bronx, New York City: He stood on the mound in the eighth inning at Yankee Stadium. For a long moment he studied the scoreboard in center field and thought back on his life – just six outs away from pitching a no-hitter – a dream he had imagined since childhood. He was the most improbable of boyhood heroes.

He reflected, “I am here because my dad wouldn’t let me whine or quit on the playground as a kid. I am here because my Little League coach and my high school coach believed in me when there wasn’t much to believe in. I am here because this thing was not going to defeat me.” Jim Abbott got his no-hitter that day, beating the Cleveland Indians 4-0. It was one of the highlights of his major league career.

Mike and Kathy Abbott were shocked when, in Flint, Michigan in 1967, their baby was born without his right hand. They told young Jim that he did not have a disability, but a gift and that he was special for being born that way. Refusing to be a shield for their son, Mike put a baseball in Jim’s left hand shortly after he started walking.

When Jim was eight-years-old, he drew a strike zone on the brick wall on the side of his house and threw a rubber-covered baseball against the house for countless hours. He imagined himself a big league pitcher, and it was here that he mastered fielding with one hand.

When preparing to pitch, he put his glove on the end of his right forearm. After releasing the ball, he would quickly slip his left hand into his glove to field the ball bouncing off the house. Through the years, at every level of baseball, teams would try to take advantage of his disability by repeatedly bunting against him – but they were never successful.

In 1989, after a stellar college baseball career as a left-handed pitcher at the University of Michigan, Abbott was drafted No. 8 overall in the first round of the Major League Baseball draft by the California Angels. The scouting report read: 6’ 3” 180 pounds, great arm, natural cutter fastball, good athlete, good hitter, big competitor…has no right hand.

Abbott went directly from the University of Michigan to the California Angels without ever playing in the minor league. He pitched for five teams in his ten-year major league career spanning from 1989 to 1999. His career record was 87 wins and 108 losses.

“I wasn’t a great major league pitcher,” Abbott says, “But I experienced great moments like the no-hitter with the Yankees. I made it to each level of baseball because of the people who did not give me a chance, and the many more who did. Throughout my life, I wanted to be a baseball player, not a one-handed baseball player, so I had to work harder.”

Disabled children came to see Jim Abbott in every major league ballpark in which he played. Parents brought them – kids who were missing hands, arms, legs, or those who were blind. They brought their children hoping Jim’s story would inspire their children that the spirit inside them was greater than their disability. Abbott always signed autographs until the last kid left. He answered every letter that kids sent to him because “I knew how far a kid could run on fifty words of assurance.”