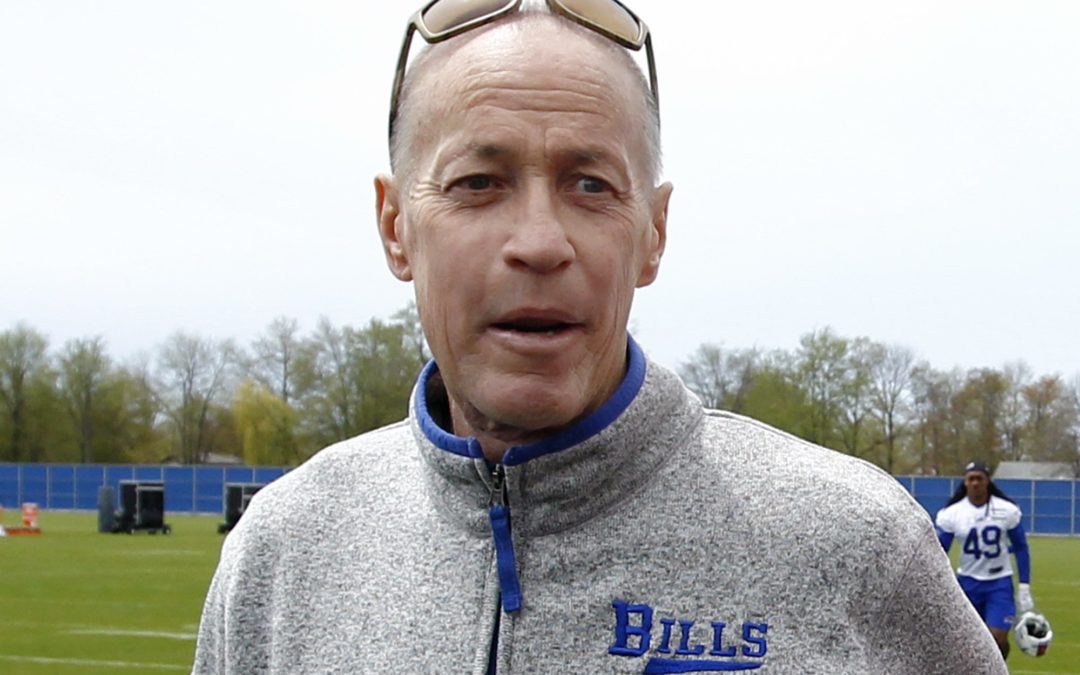 March 2018 – Erie County Medical Center – Buffalo, New York: Jim Kelly stared at the doctor. Cancer again. The first time, it had scared him. The second time, he was even more frightened. This time – his third diagnosis with squamous cell carcinoma in his upper jaw – Kelly responded, “So it’s come back? Well, it is what it is. Buffalo Bills don’t quit. Let’s deal with it.”

In February 1960, Jim Kelly was born in tiny East Brady, Pennsylvania, about 70 miles north of Pittsburg. He dreamed of playing quarterback for Penn State University, but when they only offered him a scholarship to play linebacker, he chose the University of Miami. Kelly was a star quarterback for the Hurricanes for four years and was later selected to the school’s football hall of fame.

The Buffalo Bills selected Kelly in the first round of the 1983 draft. He started at quarterback for 11 seasons from 1986 to 1996. Kelly played quarterback with the toughness of a linebacker. Despite serious neck and back surgeries, he led the Bills to four consecutive AFC championship games from 1990-93, but Kelly and the Bills infamously lost in the Super Bowl each time.

On Valentine’s Day 1997, Kelly’s birthday, his son Hunter was born with Krabbe’s disease, a rare genetic nervous disorder. Given one to two years to live, Hunter courageously fought for his life until he died in 2005 at the age of eight.

In June 2013, Kelly figured he had a cold sore in his mouth. When it persisted, he saw the doctor who biopsied the lesion and diagnosed squamous cell carcinoma. The surgery to remove the cancer also required the removal of part of his upper jawbone, which was replaced with a prosthetic and a set of upper dentures. Several months of chemotherapy followed.

Kelly’s remission lasted less than a year. In March 2014, the cancer was back. Although he considered himself an optimist, at times the discouragement and despair overwhelmed him. The second surgery resulted in the removal of more upper jawbone and the installation of a larger prosthetic. This time there was more extensive chemotherapy, radiation, and 12 biopsies to make sure Kelly was cancer-free.

In March 2018, on Kelly’s three-month checkup the doctor discovered cancer for the third time. During a grueling 12-hour surgery, part of the bone from Kelly’s leg was used to reconstruct his jaw. Kelly was fitted with new dentures and pronounced cancer-free in July. That same month, he was in Los Angeles to accept the 2018 ESPY Jimmy V Award for Perseverance for his toughness, fight, and resilience.

Today at age 58, NFL Hall of Fame quarterback Jim Kelly is making a difference. His annual youth football camp in Buffalo draws more than 500 young quarterbacks, his Hunter’s Hope Foundation looks for cures for Krabbe’s disease, and his courage inspires people everywhere to not give up on their battles.

Kelly, a man of strong faith, doesn’t understand why he has two plates and 10 screws in his back or a plate and six screws in his neck. Nor does he know why his son died or why he’s had three bouts with oral cancer. “Sometimes I wonder, Lord, why me? Kelly comments, “But I know and understand there is a greater story. These problems are just pages and chapters in that story. This life is not the end of the story. I try to focus on the bigger story, not the present outcome.”