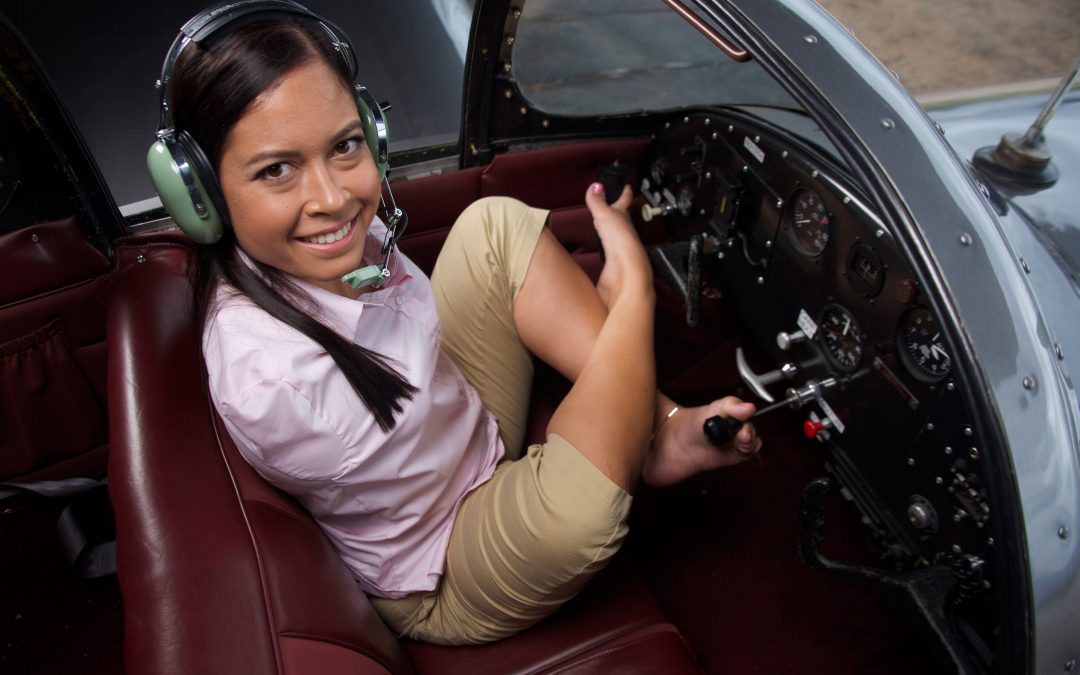 2006 – Tucson, Arizona: Parrish Traweek received a call from Jessica Cox. “Mr. Traweek, I’ve looking for someone to teach me to fly,” she told the flying instructor. “I’ve looked all over the country, and I hope you’ll teach me.” They talked further about her passion to become a pilot. At the end of their conversation, Jessica added, “Mr. Traweek, uh, there is one other thing. I don’t have arms.”

When Jessica was born in Sierra Vista, Arizona, her mother, Inez, was devastated. She made the nurses close the hospital nursery curtains so people couldn’t see her baby. Heartbroken, she cried, “What did I do wrong?” After the doctor explained the baby had a rare birth defect, and there was nothing she could have done, Inez committed to raise Jessica just like her brother and sister. She taught her to embrace her disability rather than hide it.

Growing up Jessica hated her prosthetic arms. They were cumbersome, ugly and hard to use. Because her classmates called her “Captain Hook” or “Robot Girl,” she took them off every chance she got. “They were keeping me from being who I was. I liked using my feet.”

At 12, Jessica watched Barbara Guerra, a young mother in Tucson, pick up her tiny baby with her feet and then change her diaper with her toes. It was an awakening for Jessica. She stopped feeling sorry for herself and began to explore her limits. Barbara mentored her as to what was possible.

Jessica learned to dress herself, put on her makeup, write, type, text, cook and eat with her feet. She earned a black belt in Tae Kwon Do and learned to drive a car. In 2005, she graduated from the University of Arizona and began a motivational speaking career.

After graduation, Jessica had an opportunity to fly with a pilot friend in his small plane. Although heights were her biggest fear, she agreed to go along. The pilot invited her to put her feet on the yoke and briefly fly the plane. At that moment, she realized, “Flying was the ultimate independence.” Jessica was hooked on becoming a pilot.

The Federal Aviation Administration was not hooked on the idea of certifying an armless pilot. It took a year of meetings and phone calls before the FAA finally agreed to allow Jessica to try to certify as a pilot, but only in a light-sport aircraft to altitudes of 10,000 feet.

Finding an instructor was another challenge. Most had never taught a woman to fly, and certainly not one without arms. After 9 months and numerous turndowns, Jessica found Glen Davis in Port Orange, Florida. Despite the advice of his flying buddies, he agreed to give the daunting task a try. Jessica was an eager, capable student but when it came time to solo her, Glen got cold feet. At that point, everyone, except Jessica, had given up on the possibility of her becoming a pilot.

A year later, she heard about Parrish Traweek, a flying instructor who lived just an hour from her home. Less than 24 hours after they met, they were in the air. On May 11, 2008, three years after she began the journey, Jessica finally made her first solo flight. She was too low and slow on her first approach, but she nailed a perfect landing on her second try. That flight landed the 25-year-old right-footed pilot in the Guinness Book of World Records as the first person to fly a plane without arms.

In 2017, Jessica Cox founded the Right Footed Foundation. Through the foundation she has mentored hundreds of disabled children in 26 countries. In 2019, a Nevada pilot donated his Ercoupe sports plane to the foundation. Jessica uses the plane in flying exhibitions to inspire others as to what is possible. She challenges her students, “I don’t have arms, but I can fly a plane. I encourage you to think about something you have always wanted to do. What is it that is stopping you? Disability does not mean inability.”