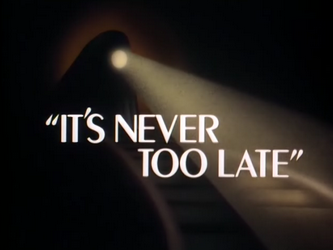 Each New Year we have the opportunity to write a new chapter in our lives. What we do with our life matters. What is it that you know in your heart you’ve been putting off but need to tackle this year? God created each of us with special talents and a unique destiny. There are 7.4 billion people in the world and we all have in common, disappointment, discouragement, and difficult times on the journey to our destiny.

It is rarely a lack of ability, time, education, or money that keeps us from our destiny or our dream. Most of the time it is one thing; we stop ourselves. We give up too soon. Others might stop us temporarily, but we are the only ones who can do it permanently. We believe failure and rejection are the worst things that can happen to us – but the thing we should fear the most is the regret of not having tried. Our greatest regrets at the end of our lives will be the opportunities we left on the table and the dreams we didn’t go after.

Elvis Presley failed music in the 8th grade. After graduating from high school, he was working as a truck driver when he got the chance to audition for a part in a band. The bandleader, Eddie Bond, told him, “Stick to driving a truck because you are never going to make it as a singer.” Through perseverance, Elvis went on to become a musical legend and earn a place in the rock & roll, country, and gospel music halls of fame.

Vincent van Gogh, one of the most famous and influential artists in western civilization, languished as a Protestant missionary in Belgium before deciding to to give art school a try in his late 20’s.

At age 30 Harrison Ford was working as a carpenter before he gained worldwide fame for his starring roles as Hans Solo in the original Star Wars space trilogy and as the title character in the Indiana Jones film series.

Clint Eastwood was 30-years-old and working the night shift in a Los Angeles gas station when he finally landed an acting part in the western series Rawhide.

Twenty companies turned down 38-year-old Chester Carlson before he finally convinced Xerox that his crazy copier invention had the potential to revolutionize business offices.

Before 40-year-old Henry Ford established the Ford Motor Company in 1903 he suffered through the failure of several businesses.

Satchel Paige did not make his Major League Baseball debut with the Cleveland Indians until age 42, the oldest player to ever to do so. He went on the make the Baseball Hall of Fame.

Calvin Peete, who won 12 major PGA tournaments, did not qualify for the Professional Golfers Association tour until age 32.

American Chef Julia Child, recognized for bringing French cooking to America, did not publish her first cookbook until age 39 and did not land a cooking show until age 51.

At age 49, Bernie Marcus was fired from his executive job at Handy Dan. Despite his wife’s strong objections, he took a leap of faith and started America’s largest home improvement store, Home Depot.

In 1954 at age 52, Ray Kroc quit his job selling milkshake mixers and talked the McDonald brothers into selling him their hamburger restaurant. By 1965, Kroc had franchised 700 McDonald’s restaurants in 44 states.

At age 65, Harlan Sanders refused to let his friends talk him into retirement, and using his social security check, started Kentucky Fried Chicken.

Ronald Regan wasn’t elected as the 40th U.S. President until age 69, an age at which most Americans are retired.

Pete Hamill, who edited both the New York Post and New York Daily News and authored 16 books, finally got his high school diploma at age 75.

After serving 27 years in a South African prison for opposing the country’s discrimination practices, 76-year-old Nelson Mandela was elected President of South Africa.

Anna Mary Robinson, also known as Grandma Moses, did not start painting until age 75. At age 100, she was featured on the cover of Life Magazine and painted until her death at 101.

You are never too old to set another goal, give an old dream another try, or to dream a new dream. What is it that you have always wanted to do but you thought you were too old? What are you waiting for? What have you got to lose? Here is the test to know if it is too late: if you are still breathing, it is not too late.