by peteblack4ua@gmail.com | May 26, 2020 | Determination Despite the Odds, Never Give Up, Never Lose Heart 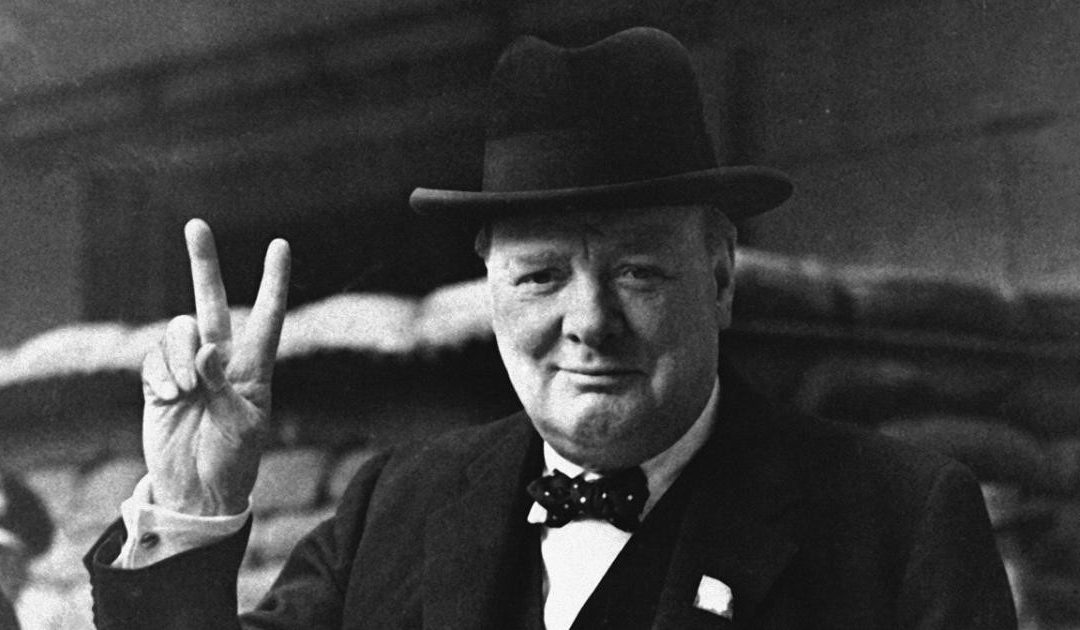 October 29, 1941 – Harrow School – London, England: When Sir Winston Churchill, the great British prime minister, was in his late sixties, he was invited to address the students at the Harrow School. More than 50 years earlier, he had finally graduated from this prestigious all male prep school, which was founded in 1572. Harrow School was Churchill’s third prep school. A poor student, he had dropped out of the two other schools.

During a difficult time for the prime minister with World War II raging, it was one of the great honors of his life to be invited back to the elite school. Several hundred students and faculty members assembled, not sure what to expect from Churchill. Would it be a second rendition of his “We shall never surrender” speech, which had been delivered to the House of Commons 16 months earlier? His rousing speech had inspired all of England to continue to fight and never give in.

When the time came for Churchill to speak to the students, he strolled to the podium, paused, and peered out over the audience for a long moment. Then, looking over his glasses, Churchill said, “Never give in.” He straightened himself, pointed his finger at the graduating seniors, and said more strongly, “Never give in!”

Then Churchill stopped. He stared at the audience for a seeming eternity, turned and walked back to his seat. The audience sat in stunned silence. A small, polite smattering of applause quickly grew into a long, thundering ovation. The crowd had just heard one of the shortest and greatest speeches of all time – Never give in!

Winston Churchill was born in 1874 in Blenheim Castle in Oxford, England, to a wealthy aristocratic family descended from the Duke of Marlboro. For most of his young life, his parents were separated, and young Winston hardly knew his father. He entered the prestigious St. George’s School at age 7, but hated it and did poorly. The Brunswick School was next up. His grades improved marginally, but Churchill was an average student at best. In 1888, he squeaked by the entrance exam at the Harrow School.

To his mother’s utter disappointment, after graduating from Harrow, Churchill was accepted into the Royal Military Academy, although it took three tries. After four years in the army, Churchill began a long and distinguished political career in 1900 when he was elected to Parliament.

Winston Churchill had many setbacks and disappointments in his life – a broken home, the frustrating prep school years, two strokes and a lifelong battle with depression. On several occasions, the British press pronounced his political career dead. Life’s twists and turns only served to forge the leader’s iron will.

A photographer at Churchill’s 80th birthday celebration commented that he hoped to photograph Churchill again when he turned 100. “I don’t see why not, young man,” said Churchill, as he looked him over, “You look reasonably fit to me.”

Winston Churchill died January 24, 1965 at age 90. His was the only state funeral for a non-member of the royal family in the past 100 years. Dignitaries from around the world attended the grand funeral service at the 300-year-old St. Paul’s Anglican Cathedral in London. At the conclusion of the service there was a long silence, leaving attendees unsure as to whether the service had concluded.

Then a bugler high in the dome of the cathedral sounded the familiar “Taps” as a final tribute to the great man’s life. After another extended silence, a second bugler began to play “Reveille,” signaling the beginning of a new day. It was a final, classic tribute to the resolute determination and spirit of Sir Winston Churchill – Never give in.