by peteblack4ua@gmail.com | Nov 11, 2021 | Against the Odds, Determination Despite the Odds, Never Give Up | 2 comments 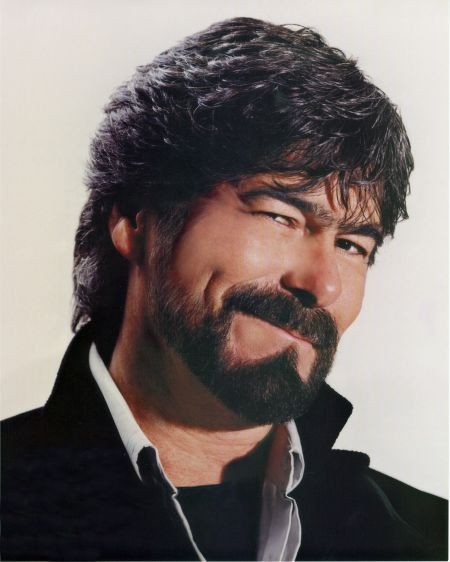 1972 – Jacksonville State University – Jacksonville, Alabama: When Randy told his college adviser that he planned to write and sing songs as a career, she commented, “That’s interesting, why don’t you sing one of your songs for me.” So Randy sang “Feels So Right,” and when he finished, the adviser smiled, “Uh-huh, that’s nice.” When he left her office, she shook her head and thought, “He’ll never amount to anything.” It would not be the last time someone thought or said those words about Randy’s music.

Randy Owen grew up on a cotton farm in Fort Payne, Alabama. In 1969, after high school graduation, he and a cousin, Teddy Gentry, began playing guitars together. They recruited another cousin, Jeff Cook, a radio disc jockey and formed a band. They called themselves Wild Country and played at weddings and parties around Fort Payne.

The band’s musical aspirations were placed on hold while Randy earned an English degree from Jacksonville State. After he graduated in 1972, the three cousins rented an apartment, found day jobs and focused on their music at night and weekends. A year later they moved to Myrtle Beach, South Carolina, to pursue a full-time music career.

The band landed a summer gig playing six nights a week for tips in a beachfront bar called The Bowery; a unique waterfront hangout located 50 yards from the Atlantic Ocean. The band’s goal was to support themselves with their music and avoid having to work two jobs.

The bearded, longhaired country band had great harmony and a unique style from their roots in the mountains of northeast Alabama. By the end of the summer, the band was so popular among patrons that Wild Country became the bar’s house band. On the walls of the bar were signs from all 50 states. The band took the Alabama sign and hung it above the stage where they played. By 1977, they changed their name to Alabama.

Alabama played for tips at The Bowery for six years. Out of necessity, they learned to play the $5 tip request songs immediately and the $1 requests later in the evening. They often discussed going back home and getting jobs, but they kept playing and writing songs – and hanging on to the dream that they could make it big.

In early 1980, Randy wrote “My Home’s in Alabama.” It was the band’s first major hit and the song that introduced Alabama to the world. In April 1980, they signed a contract with RCA Records and Randy’s song, “Tennessee River,” skyrocketed to No. 1. Alabama released 21 straight No. 1 singles, a feat never equaled in any music genre.

Over the next three decades, the band produced 21 gold, platinum, and multi-platinum albums, 42 No. 1 singles and sold 73 million albums. They received more than150 music awards, two Grammy’s, and eight Country Music Entertainer of the Year Awards. In 1999, the Recording Industry Association named Alabama the Country Group of the Century. In November 2005, they were inducted into the Country Music Hall of Fame.

Today Randy Owen can be found operating his cattle ranch, Tennessee River Music, on his boyhood family farm. He spends most of his time raising champion Hereford cows. Randy smiles when he thinks back to that first impromptu audition for his college adviser who is now a good friend.

Almost five decades after the Fort Payne cousins became The Bowery’s house band, the iconic Myrtle Beach landmark is shrouded with a collage of pictures and a statue of the original band. It is a tribute to their extraordinary success and a testament to hanging on when others thought they would never amount to anything.