by peteblack4ua@gmail.com | Jun 3, 2019 | Chasing Your Dream, Courage Under Fire, Determination Despite the Odds | 1 comment 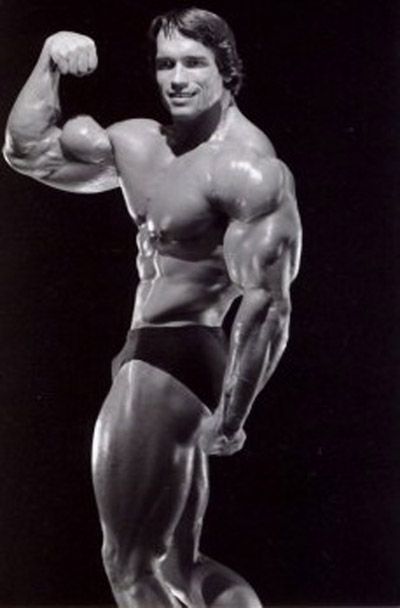 October 24, 1965 – Graz, Austria: He tossed and turned in his military bunk. It was going to be another sleepless night for the 18-year-old serving his one-year of mandatory service in the Austrian army. The Junior Mr. Europe bodybuilding championship was a week away in Stuttgart, Germany. But how could he compete? The army scoffed at his bodybuilding dream. They would not grant him leave to travel to Germany.

Arnold Schwarzenegger was born in Thal, Austria, in 1947. His father, a former member of the Nazi party, was the police chief in the small town and he thought his son should become a policeman, too. His mother thought Arnold should get a trade, like carpentry because he did poorly in school.

At age 14, Arnold saw a bodybuilding magazine with Mr. Universe Reg Park on the cover. He dreamed of being Mr. Universe, and of becoming the strongest man in the world. To his father’s embarrassment, Arnold quit soccer and was the only kid in town who lifted weights.

As Arnold lay in his bunk, he considered going AWOL from the Army, even though he knew there would be severe discipline if caught. Maybe he was crazy even to consider entering the Mr. Europe event. The Austrian Army was trying to make a tank driver out of him. Arnold had other plans. He would someday get to America, become the strongest man in the world, star in movies, be a millionaire, and one day he would be in politics.

Should he go AWOL and try to get to Stuttgart? Would he even be able to get there? Should he give up on this whole crazy idea? His father had told him that he was ashamed of him. His friends laughed at his passion for lifting weights for endless hours, and the Army thought he was nuts.

A few nights later, Arnold snuck out of the barracks. He jumped a freight train and rode 26 hours to Stuttgart. Upon arriving at the competition, he had to borrow another competitor’s gym trunks to compete. When Arnold returned to the army base, he spent a week in solitary confinement. But it was worth it; he had won the 1965 Junior Mr. Europe Bodybuilding Championship.

After his week in solitary, the base commander called Schwarzenegger to his office. He interrogated the soldier at length about the incident. But at the conclusion, the senior officer asked, “So, you won the Mr. Europe Competition?” A few days later, Schwarzenegger was transferred from tank driver to cook so he could get the best food.

The base commander had weight lifting equipment built for his new champion, and he re-arranged Mr. Europe’s daily schedule so that he had 4 hours to work out. Schwarzenegger had the big break that he could never have imagined possible.

Schwarzenegger is the only bodybuilder to win the professional Mr. Olympia contest six times in a row (1970-75) before retiring. He has starred in 28 movies, with his appearances in The Terminator probably being the most memorable. His net worth today is an estimated at $400 million. And, Schwarzenegger served two terms as California’s governor from 2004-12.

Arnold Schwarzenegger believed in a dream that no one else saw. He says, “I knew that bodybuilding was the perfect choice for me. No one else seemed to agree – especially my family and friends. To them, the only acceptable career was to take some established job. My dream to build my body and become Mr. Universe was totally beyond their comprehension.”

When you set out to do something great, most people will not see what you see…do not allow their version of how your life should turn out to affect you. You will have to do what they are not willing to do.            Andy Andrews