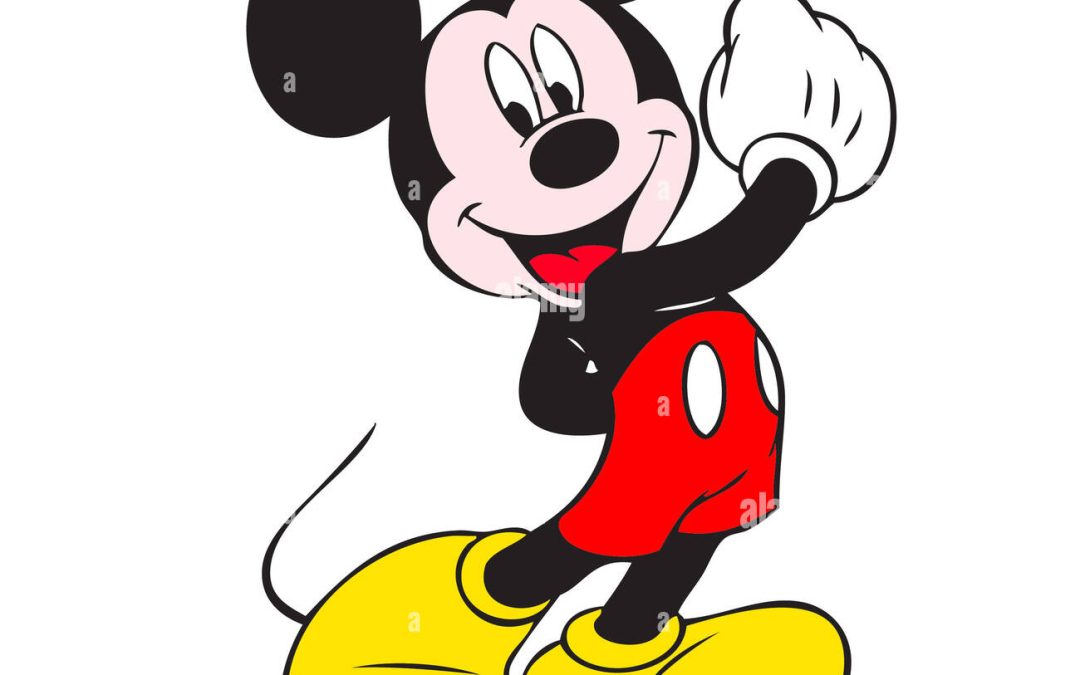 1923 – Kansas City, Missouri: Walt applied for a job as a cartoonist at the Kansas City Star newspaper. The 22-year-old was told, “We don’t think that you have the raw talent to make it as a commercial artist.” Broke and discouraged, Walt showed up at his older brother Roy’s house in Los Angeles, California, with one shirt in his suitcase and $20 in his pocket.

Walt Disney grew up on a farm in Marceline, Missouri, in the early 1900’s. By age eight, he was selling his artwork to other children to earn spending money. His father thought his drawings were silly, but his mother thought he was Michelangelo. Walt dropped out of high school at age 16. Too young for the Army during World War I, he drove a Red Cross ambulance, which he decorated with his cartoons.

After the war, Walt went to work for an advertising company in Kansas City. Soon bored with advertising, he quit and started his own small art company, Laugh-o-Grams, in his garage. Using borrowed equipment, he created short cartoons, but the local theaters weren’t buying. He went bankrupt.

After arriving in Los Angeles, Walt took his dream to be a commercial artist to Hollywood studios where he filled out numerous job applications, but there were no offers. Roy borrowed $500 so that Walt could set up a camera stand in their uncle’s garage and on October 16, 1923, they founded the Disney Brothers Cartoon Studio.

One of Walt’s first cartoon characters, Oswald the Lucky Rabbit, enjoyed initial success. However, Walter failed to copyright Oswald and lost the rights. In 1928, disappointed and desperate, he created a cartoon about a mouse that had once lived in his Kansas City garage. He named the mouse Mortimer but later at his wife’s urging changed the name to Mickey.

Walt’s first two cartoons featuring his new character failed. But on November 18, 1928, Mickey Mouse made his screen debut in New York theaters in Steam Boat Willie, the world’s first fully synchronized sound cartoon. A star was born, a company saved, and a dream revived. During the next three decades, Walt Disney Studios followed Mickey Mouse with a host of other cartoon characters, including Bambi, Donald Duck, Dumbo, Goofy, and Pluto.

In the early 1940’s, while visiting a cheap carnival with his two daughters, Walt got the idea for a clean, family-friendly theme park. He took the project to investors, only to be turned down. After a dozen years of trying to market his idea, Walt sold his Palm Springs house, borrowed money against his life insurance, and going against his wife’s wishes, purchased 185 acres for his dream amusement park.

On July 17, 1955, Disneyland opened in Anaheim, California, and became the most popular amusement park in the world with nine million visitors a year. That success led to the purchase of 27,000 acres of swampland in central Florida. At age 65, Walt Disney died of lung cancer before Disney World opened in October 1971. During the grand opening of the park, the master of ceremonies commented to Mrs. Disney, “I wish Walt could have seen this.” She smiled and replied, “He did.”

Today the Disney Corporation is the largest multimedia company in the world. The Disney brand is among the most recognizable in the world, and Disney theme parks have attracted over 600 million visitors. Walt Disney won 48 Academy Awards and seven Emmy’s during his lifetime. “If you can dream it, you can do it,” Disney often told his friends, “Always remember, this whole business was started by a mouse.”