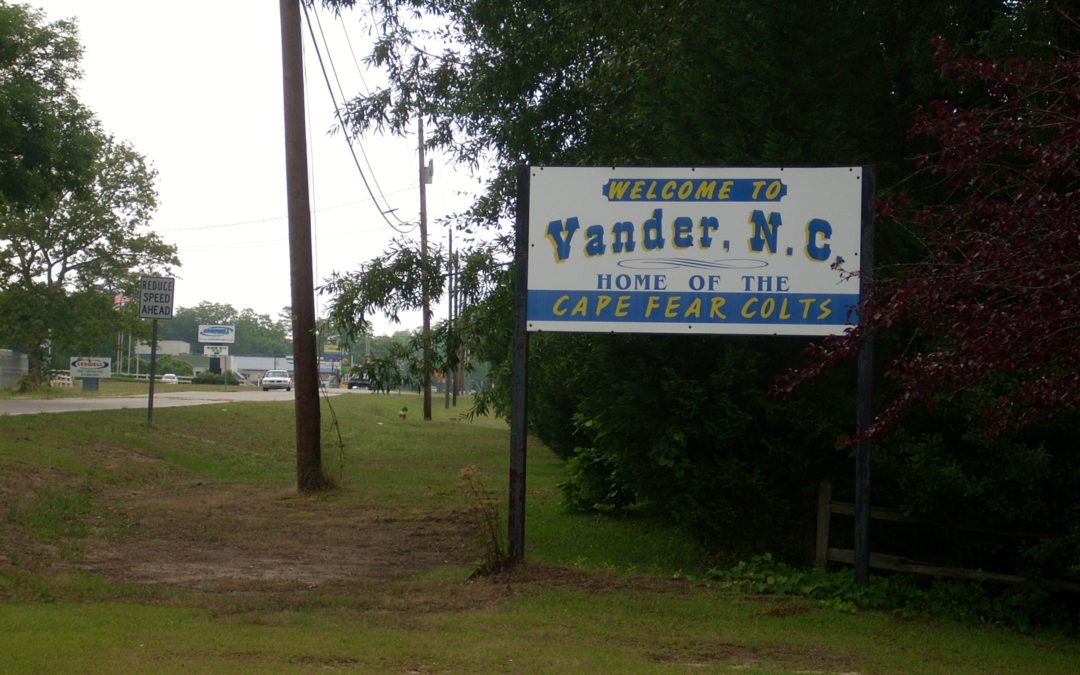 September 6, 1992 – San Francisco, California: When Mike McIntyre shared his unusual idea with his family, the second-guessing began immediately. His brother asked, “Why would you deliberately put yourself in this position?” His father’s reaction was, “You’ll get arrested by the cops.” And his mother chimed in, “Ha, we will see how far you get.” Despite no support from his family, friends, or his boss who thought he was crazy for quitting a good job, McIntyre went ahead with his plan.

On September 6, 1994, McIntyre walked across the Golden Gate Bridge and headed east with a 50-pound pack on his back. His goal was to walk to Cape Fear, North Carolina, a distance of 2,900 miles. He chose Cape Fear as a symbol of all his fears. He was afraid of the ocean, flying, large crowds, failure, dying, and living.

After a decade as a journalist in San Francisco, McIntyre had become negative and cynical about life, and he was bored with his job. He had written too many articles about corrupt governments, the atrocities people inflict on each other, and the world’s problems. He wondered what had happened to the kindness in the hearts of the people in America, and he decided to measure the state of the country’s kindness.

With no money in his pocket, McIntyre’s planned to walk and hitchhike across America. Rather than thumb for rides, he would write the name of the next town on a piece of cardboard with a magic marker. He planned to travel only two-lane roads through the heartland of the country. Most importantly, he would accept no money from strangers, only food, lodging, and friendship.

After two days, McIntyre had only made it to Ukiah, California, two hours from San Francisco. His one ride had covered 115 miles and he had not eaten in 48 hours. Hungry, and thinking maybe kindness was indeed gone in America, he wondered if it was not too late to quit. If he turned back, he could sleep in his own bed that night. Then McIntyre remembered his mother’s comments – he would make it to Cape Fear or die trying.

Many people welcomed the complete stranger into their homes for a night. McIntyre slept in churches, a rescue mission in Montana, and spent one night in a motel in Madison, Illinois. On other nights, he slept in his tent on golf courses, in parks, and on courthouse squares. True to his word, McIntyre never asked for or accepted a penny during his trek, but people were always offering him money.

Six weeks after leaving San Francisco, exhausted and road-weary, McIntyre arrived in Cape Fear. His journey had covered 4,223 miles through 14 states. On the trip, he had been given 82 rides, and on 78 occasions people bought a meal for him. Many others gave him food to take with him on his journey. Most people who helped him assumed he was a down-and-out drifter.

During the journey, McIntyre placed himself entirely at the mercy of strangers in small towns across America. They did not disappoint him. His faith was renewed in the kindness of this country. “I discovered that often the people who give the most,” said McIntyre, “Have the least to spare, and that those with little to eat are usually the quickest to share their food. It took quitting my job and giving up money to have the richest experience of my life.”

Mike McIntyre captured his walk across America in his book The Kindness of Strangers – Penniless Across America. He has lived, worked, and traveled in 80 countries. He has also written The Wander Year, about his travel through 22 countries in 12 months. He has been a journalist for the Washington Post, the Los Angeles Times, the San Diego Tribune, and other publications. When not traveling, he lives in San Diego with his wife and cat.