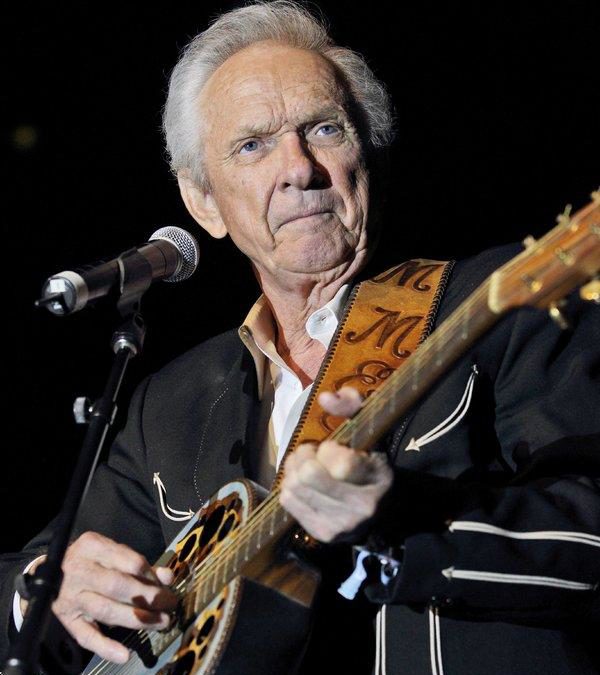 1958, Nashville, Tennessee: The scars were deep. They had been there since childhood. He could remember each time a child laughed at him. Mel Tillis was having success writing songs since arriving in Nashville two years earlier, but his real love and dream was to be on the stage. However, his self-consciousness about stuttering kept him from trying to perform.

After hearing him sing backstage, country comedy legend Minnie Pearl encouraged Tillis to give singing a try. He confided in her, “M-M-M-Miss Minnie, I can’t do it. I can’t t-t-t-talk. They will l-l-l-laugh at me.” Minnie Pearl assured him, “No, Melvin, they won’t laugh at you. They’ll laugh with you.”

Mel Tillis, like his father, developed a stutter as a young child. In 1938, he repeated the first grade in Plant City, Florida, not because of his grades – he got all S’s for satisfactory – his teacher felt repeating the first grade would help him learn to speak correctly. It made his stutter worse.

Later, Tillis tried out for a part in a middle school play. His teacher told him, “Melvin, I’m sure you would be good, but…uh…you see…the speaking parts might be difficult for you.” He persisted, so the teacher let him pull the stage curtain at the beginning and end of the play. He loved it. He thought the applause was for him.

Tillis learned to play the guitar and won a talent show when he was 16. After high school, he attended the University of Florida for a year before dropping out and joining the U.S. Air Force. While stationed on Okinawa Island in the Pacific he formed a band called The Westerners, and they played in local nightclubs.

After leaving the Air Force in 1955, Tillis returned to Florida and went to work as a fireman on the Atlantic Coast Railroad. He continued to play in bands and write songs. On several occasions, Tillis used his railroad pass and road the train to Nashville to peddle some of his best songs. Publishers advised him to go back to the railroad and work on his songwriting skills. He ignored their advice.

In the spring of 1956, Tillis quit his job at the railroad and took his pregnant wife to Nashville in his old Mercury with a busted windshield. He had $29 in his pocket, a severe stutter, and a dream. Tillis figured he didn’t have much, so he had little to lose. He was a natural songwriter. In 1957his song I’m Tired went to No. 3 on the country music charts and a year later The Violet and a Rose was a No. 1 hit – but songwriting did not pay the bills, nor did it satisfy his dream.

Minnie Pearl’s advice and encouragement launched Mel Tillis’ singing career. It was hard at first, but over the next 60 years he recorded more than 60 albums and had 36 Top 10 songs. He wrote more than 1,000 country songs with Ruby, Don’t Take Your Love to Town among the most popular. Tillis appeared in five movies, including Smokey and the Bandit II.

In 1976, Mel Tillis won the Country Music Association’s Entertainer of the Year Award. In 2007 he was inducted into both the Grand Ole Opry and Country Music Halls of Fame. He built a theater in Branson, Missouri, where he performed when he wasn’t touring the country. Tillis continued to write songs and sing until his death in November 2017 at age 85. His tour bus was always easy to spot. It had “M-M-M-Mel Tillis” proudly printed on the side.