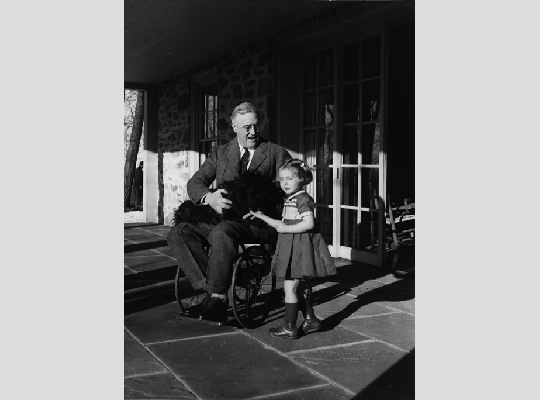 It is almost always the case. Hidden in the stories of successful people are chapters full of disappointments, difficulties, trials and failures. Although painful, these chapters are an essential part of the overall story. Some of the worst chapters in our lives make the best stories – the greater the adversity, difficulty and challenges, the greater the story.

Henry Ford founded the Ford Motor Company in Detroit in 1903. In an earlier chapter of his story, his first company, the Detroit Automobile Company failed. He also failed in his second attempt to build cars.

Nelson Mandela was elected President of South Africa at age 75. However, the long chapter of his story preceding his presidency finds him at Robben Island Prison breaking rocks for 27 years for leading a protest against racial discrimination.

Joe Torre managed the New York Yankees to four World Series Championships. But prior to this success, he was fired three times: twice by the St. Louis Cardinals and once by the New York Mets.

Pete Hamill is the only person ever to have run both New York City tabloid newspapers, the New York Daily Newsand the New York Post. In an earlier chapter of his life, he dropped out of high school at age 15.

Twenty-year-old Wilma Rudolph won three gold medals in track at the 1960 Olympics in Rome and was dubbed the world’s fastest woman. At age four she had been diagnosed with polio and doctors told her that she would never walk again.

Actor Clint Eastwood has won five Academy Awards and five People’s Choice Awards, including Favorite All-Time Motion Picture Actor.  At age 24, he was discouraged working the night shift at a Signal Oil gas station in Los Angeles and ready to give up on his acting career.

George Washington Carver, the brilliant professor at Tuskegee Institute, developed 285 products from peanuts. He was born a slave on a plantation in Diamond Grove, Missouri. When he was a few weeks old, he was stolen and traded for a $300 horse.

Bernie Marcus is the founder of Home Depot and the principal investor in the Georgia Aquarium in Atlanta. At 49 he was fired from his vice president position at Handy Dan Stores and thought his life and his career were over.

Franklin D. Roosevelt was stricken with polio at age 39 and confined to a wheelchair. A dozen years later, he became the 32ndPresident of the United States and is the only President to serve four terms.

Most of us have bad chapters in our life stories. Our perspective, the way we frame these chapters, often determines whether or not we succeed.We don’t get to decide when or where we are born, what family we’re born into, or our socio-economic level. We don’t control what others do and say. We don’t pick the problems we’ll have, accidents that happen, or what sickness we get.

But, it’s still our story! Our response to a problem is our choice, and these choices determine the outcome of our stories. There is purpose in our pain, and we decide how we’re going to respond. We can see it as the end or a chance to begin again. We can choose to see opportunities rather than problems. We can choose to be bitter or we can choose to be better. It’s our story.

“Every great story happened when someone decided not to give up.”